EDITOR'S NOTE: According to a recent US News and World Report article, the dividing line between the beginning of middle class and lower-income status is an annual income of $52,200. Though an objective figure, and one that’s likely to change with the fluidity of the economic environment, it’s only partly true, at least from a practical level. The difference between “middle class” and “poor” is this: the poor make and use “money” while the middle class makes and cultivates “capital.” When the economy hits tough times, divisions in the perception and use of wealth, whether it's money or capital, become very pronounced. And as the article below explains, the effects of inflation are far more devastating to lower-income folks as it’s eating up the value of their paychecks. We beg to disagree slightly. Inflation eats up those who fail to protect their “capital” by investing in monetary safe-havens, hoping that their “money” would somehow outpace its own rate of devaluation. 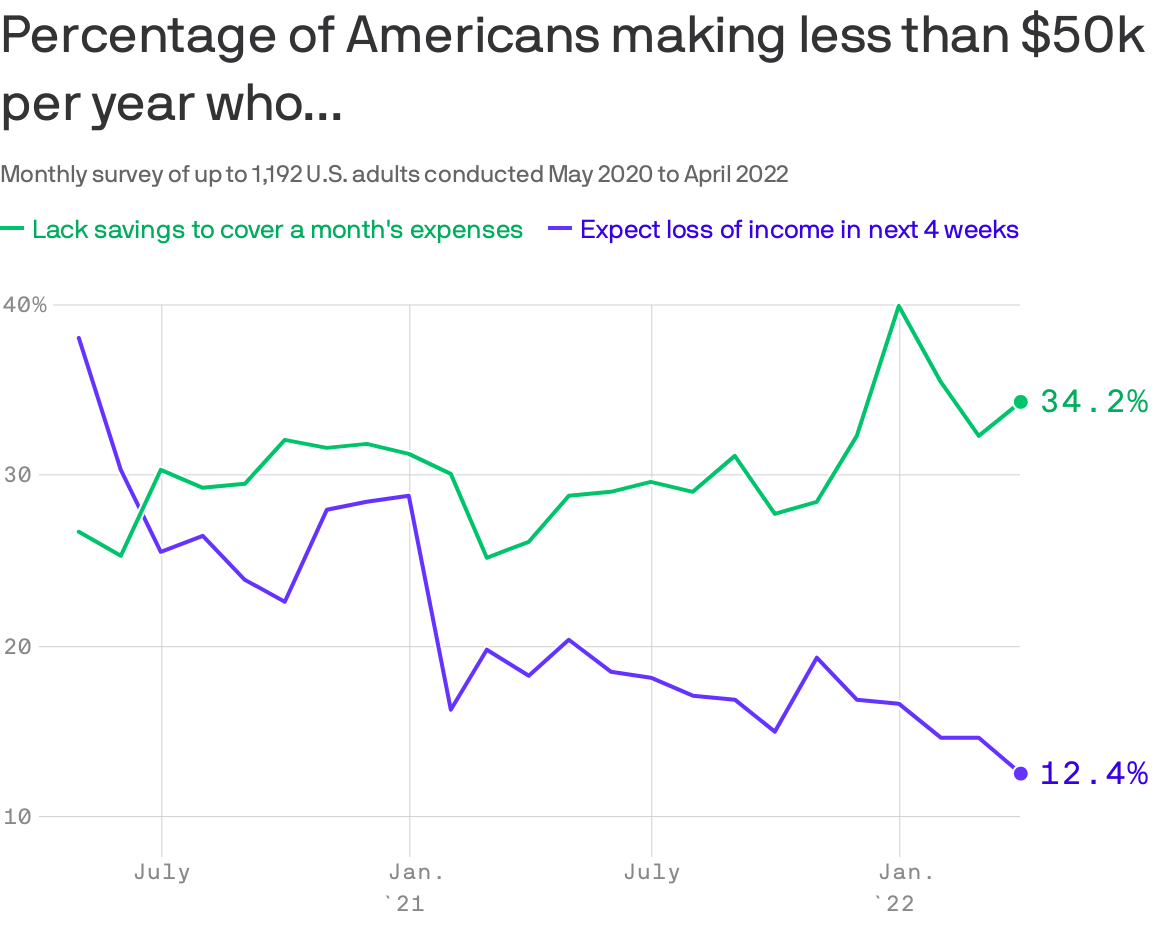 The Federal Reserve may be on a mission to cool the economy, but Americans are still feeling pretty good about their job prospects, Axios’ Kate Marino writes.

The big picture: The share of adults making less than $50,000 per year who are worried about losing income over the next month hit its lowest point (12.4%) since May 2020, when Morning Consult first began surveying Americans on the topic, according to the latest data out this morning.

Yes, but: The more vulnerable lower-income group is increasingly worried about covering expenses.

The bottom line: “People, including low-income workers, are feeling very secure in their current jobs,” but inflation is eating up a larger share of their paychecks, says Morning Consult economic analyst Jesse Wheeler.

Gold Futures Rose This Week As The U.S. Dollar Weakened

More Experts Claim The U.S. Could Be Headed For Recession In The Next Year