EDITOR'S NOTE: After a year of reducing credit card (and other forms of) debt, Americans are at it again, borrowing money at a level that outpaces anything we’ve seen since 2013. Amid record-level inflation, how are we to interpret this rise in monthly consumer debt? And besides credit cards, what other forms of debt are the American public riding to sky-high levels? Maybe the notion that the pandemic generated pent-up demand as the government sought to stimulate spending was a bit of an understatement. The fact that Americans are getting reacquainted with their favorite pastime—loading up on debt to buy what they can’t afford—may be shocking. It’s also interesting to see exactly when this debt spike started. So does this reflect a matter of “need,” or are consumers resolving to get their “wants” on plastic amid expectations of economic growth ahead? And how might you hedge the flip side to that optimistic scenario? 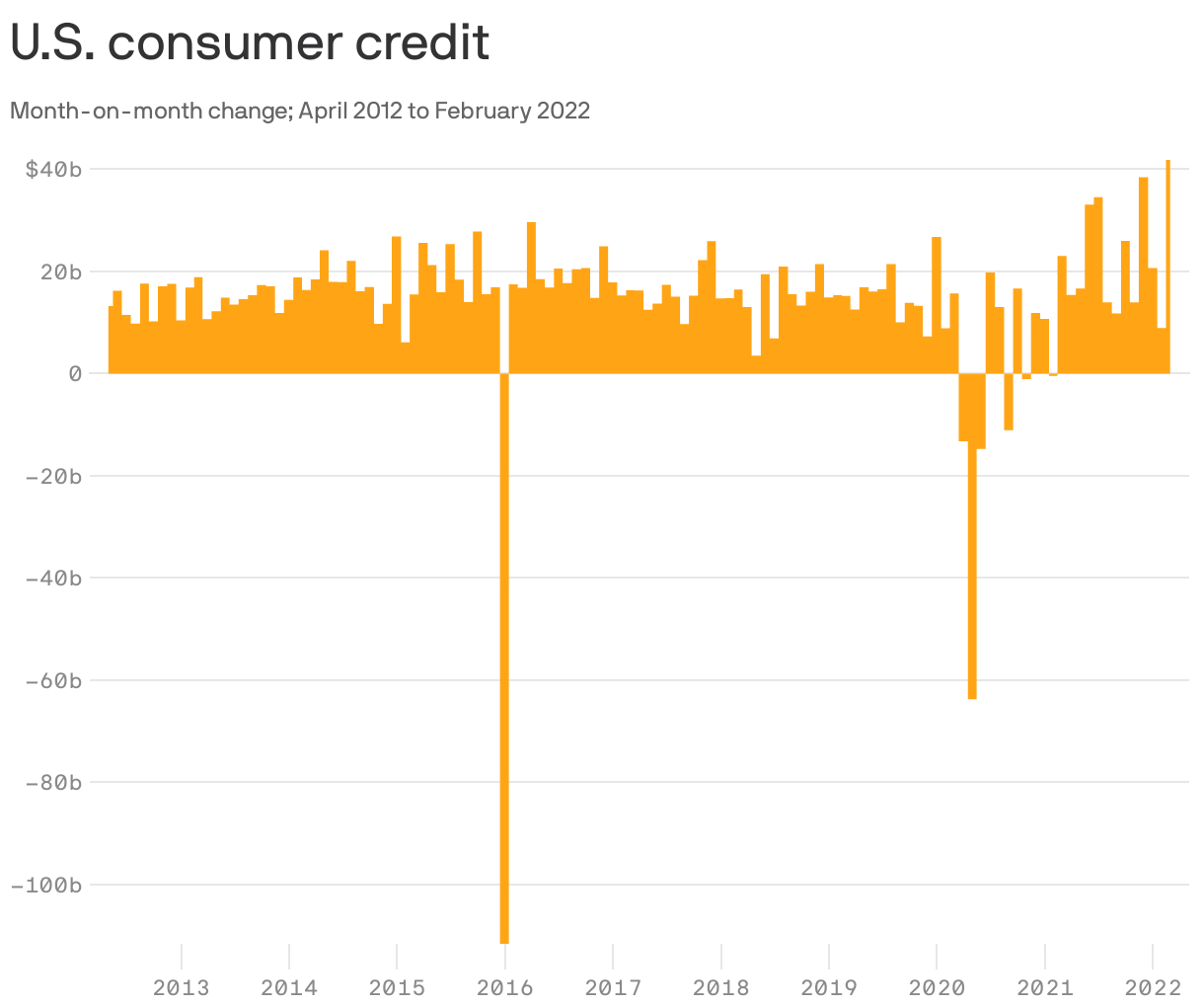 Americans racked up the most monthly consumer debt in over a decade in February, amid a surge of credit card swiping, Matt writes.

Why it matters: It could mean climbing inflation and falling savings rates are forcing more people to use plastic.

Driving the news: The Federal Reserve's monthly consumer credit report for February, out yesterday, showed levels of consumer debt — not including mortgage debt — jumped by $41.8 billion, or 11.3%.

The bottom line: COVID-era stimulus payments to American families are a distant memory, as is the savings cushion they briefly created. And this data came before the worst of the gasoline price spike.