EDITOR NOTE: Many wealthy Americans fear the prospect of draconian socialist policies forcing wealth distribution--the idea that you will be penalized for being financially successful and that government will coercively separate you from the financial rewards you had earned through hard work. A preview of that possible world is taking place right now in Argentina. The vote to levy a wealth tax follows similar policies in Spain, Norway, and Switzerland. Some millionaires may not mind the wealth tax, depending on their own subjective positions toward civil responsibility. But the idea that the government can choose to impose draconian measures to reduce Americans’ financial freedoms, privacy, and earnings is something that almost all Americans find unpalatable.

In an early glimpse of what wealth redistribution will look among developed nations in coming years, on Wednesday the lower house of Argentina's Congress approved a bill seeking to raise 300 billion pesos ($3.75 billion) through a tax on the ultra rich to finance programs aimed at helping families hit by the COVID-19 pandemic.

In a vote that passed 133 to 115 with two abstentions, people with more than $2.5 million in net worth - over 10,000 individuals - will make an "Extraordinary Solidarity Payment," paying a one-off 2% flat tax. The tax would increase progressively as equity increases, under the proposal.

"The level of concentration of wealth, in a few hands, is so strong that this contribution falls on less than 0.02 percent of the population," said government deputy Fernanda Vallejos during debate. "About half of what is collected will be contributed by only 252 people, those who are at the top of the pyramid."

Government supporters took to the streets on Tuesday to show their support for the bill, with militant Peronist groups leading caravans of vehicles and marches on foot to Congress.

The so-called "wealth tax" or "millionaire’s tax" bill – which the opposition slammed as "confiscatory" – may face a tougher time in the Senate, which will likely consider it before the end of the month, with the Frente de Todos coalition needing allies to support it.

The one-time (for now) tax will apply to individuals whose declared assets exceed 200 million pesos (US$2.35 million), with a progressive rate of up to 3.5% for assets in Argentina and up to 5.25% on goods outside the country. According to AFP, between 9,000 and 12,000 people fall into that bracket in Argentina, a country with 40.9% of its 44 million inhabitants currently living in poverty. Unemployment stands at just over 10%, with the economy still yet to overcome a recession that began in 2018. Things have only worsened after the coronavirus pandemic, and the IMF estimates GDP will contract by 11% this year.

The bill lays out that the "extraordinary contribution" will be a one-time measure and it indicates where the funds will be sent and what they will be used for. For example, it names development and production programmes for small and medium-sized businesses (SMEs), education projects and student scholarships, as well as the purchase of medical equipment.

President Alberto Fernández, who took office in December amid a recession that has been exacerbated by the pandemic, has sharply increased public spending to protect hard-hit families over recent months. More than 36,106 Argentines have died of COVID-19 so far, according to official data.

The government hopes that the levy on large fortunes will help strengthen its fiscal outlook. Over the past eight months, the Fernández administration has allocated millions of dollars in aid to the private sector to alleviate the economic impact of the lockdown imposed to tackle the advance of the coronavirus, while raising social support payments for workers in the informal economy.

The law provides for higher rates for assets located abroad, but offers relief for those who decide to repatriate them in whole or in part.

Meanwhile, the opposition Juntos por el Cambio says it rejects the initiative, describing the idea as "confiscatory." As debate got underway on Tuesday, deputies from the opposition coalition called on their peers to vote it down.

"Argentina already has many taxes and very high tax evasion. Instead of creating new taxes, what must be done is the efficient collection for those that exist," said opposition lawmaker Álvaro González.

"The opposition is looking for arguments that go against the objective of this bill,” countered Peronist deputy José Luis Ramón. “They say that it is a tax but it is an extraordinary contribution and only this one time, due to the pandemic."

The business sector is also divided against the law. Generally, chamber groups and large firms reject the initiative, while small- and medium-sized businesses are more likely to back it.

"The bill will end up decapitalising companies that invest, produce and sustain employment in a health emergency context," complained the powerful Argentine Industrial Union. The contribution is for individuals with large fortunes and will not be imposed on companies.

Argentina is hardly the first country to impose mandatory wealth taxes, with at least three European countries already levying a net wealth tax: Norway, Spain, and Switzerland. Belgium, Italy, and the Netherlands levy wealth taxes on selected assets, but not on an individual’s net wealth per se according to the Tax Foundation. 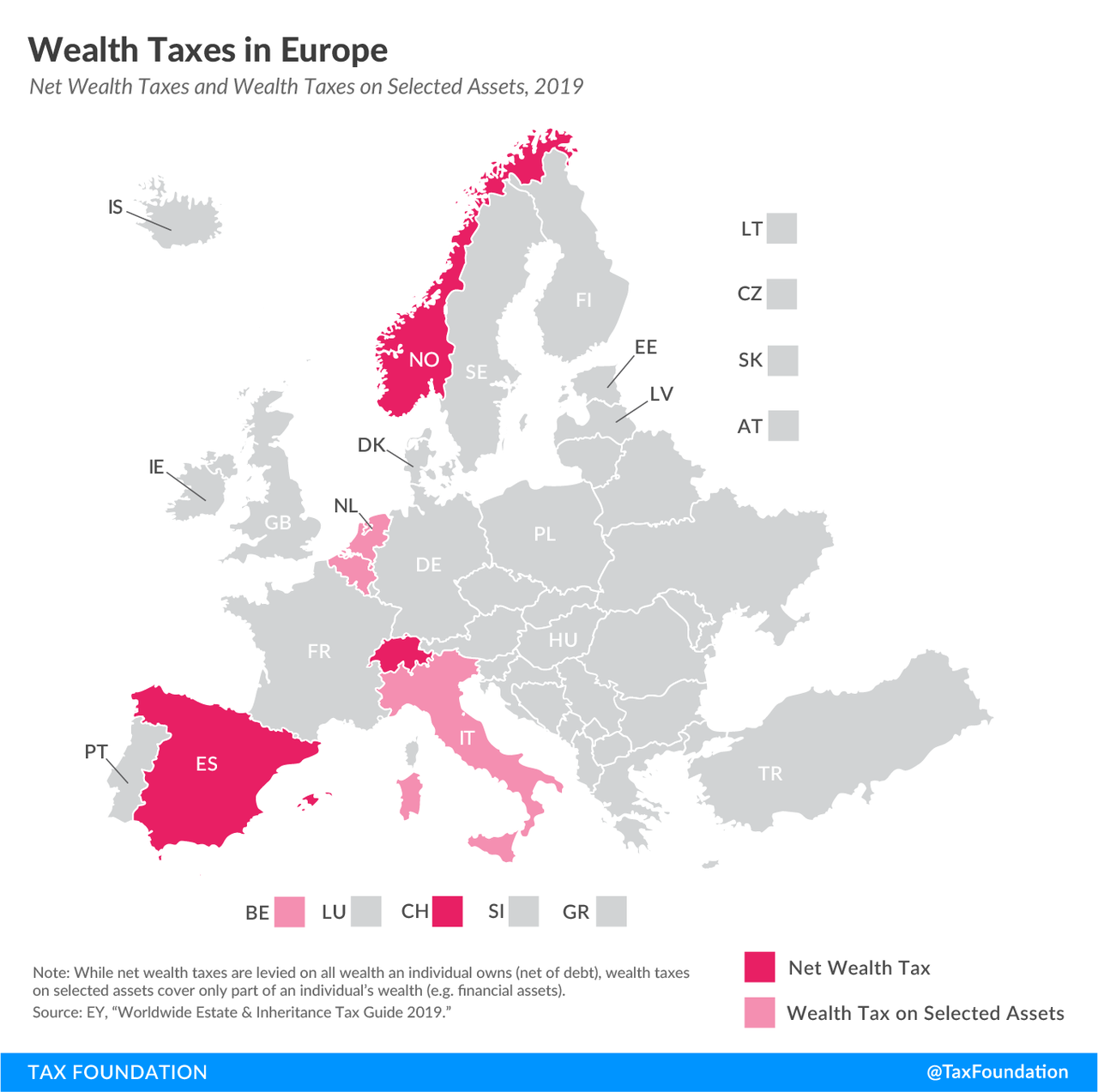 Yet the success of wealth taxes is mixed at best, and as the next chart below shows, government revenue raised from wealth taxes is a tiny fraction of other tax revenues. 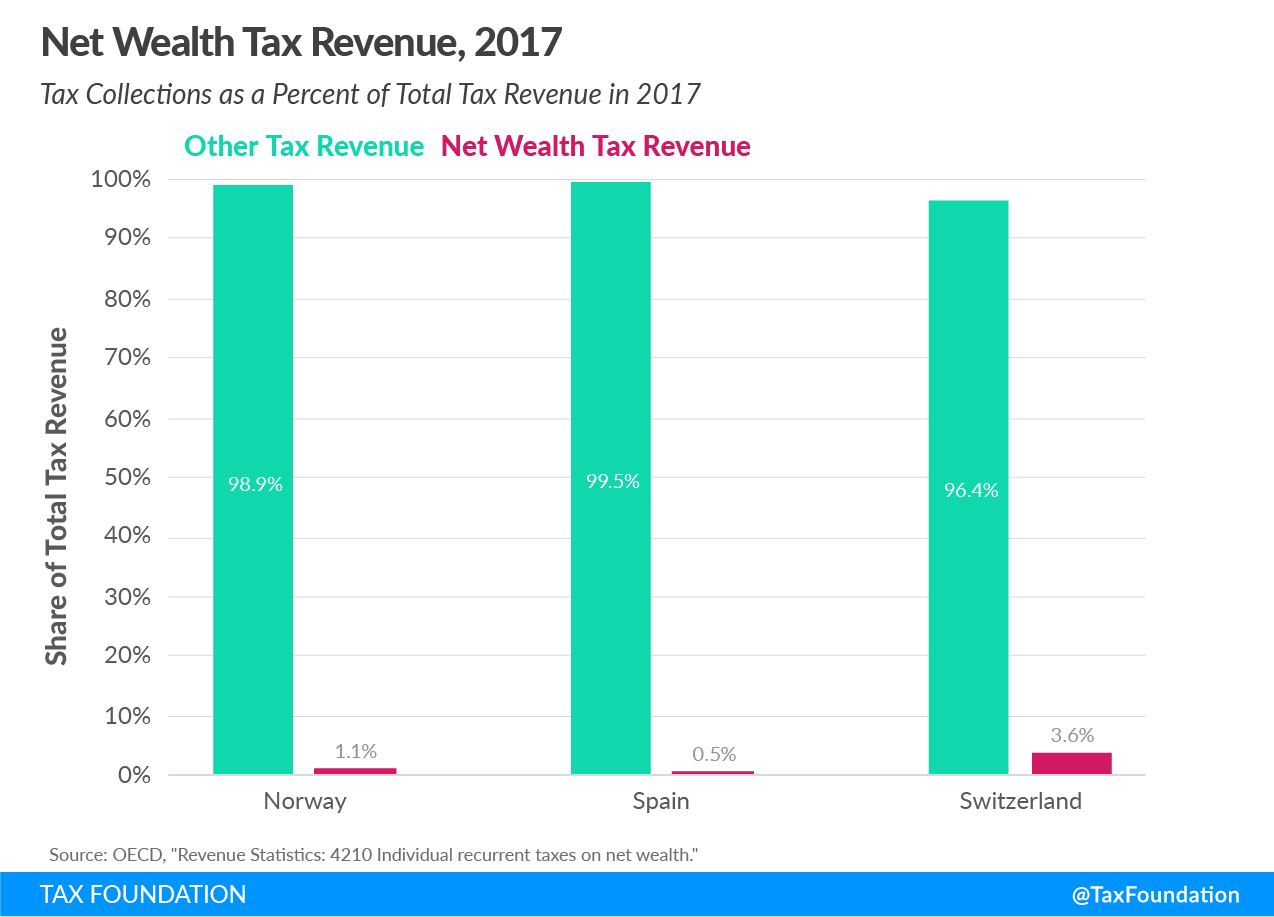 Here's The Breakdown Of Citi’s Gold Prediction For 2021

Here’s How Government Could Seize Your Gold and Silver Assets