EDITOR'S NOTE: The Russia-Ukraine war may be triggering a protectionist-like “supply run” on the entire ecosystem of global food production. The war-torn region in Eastern Europe is responsible for 25% of the world’s wheat and grain supply (not counting energy exports that play a significant role in food production). With Ukraine’s supply chain rendered inaccessible, a number of countries have begun implementing protectionist measures to preserve their own supplies. From grain and fertilizer to palm oil and more, the food production ecosystem is collapsing, and the resulting scarcity is rapidly driving prices higher. The significance of all this is that it’s just a matter of time before food shortages begin sparking social unrest. And given the widespread nature of this emerging crisis, one that can that’s likely to worsen in the coming months, the geopolitical landscape will continue to grow more fragile and unstable the longer the disruption lingers. 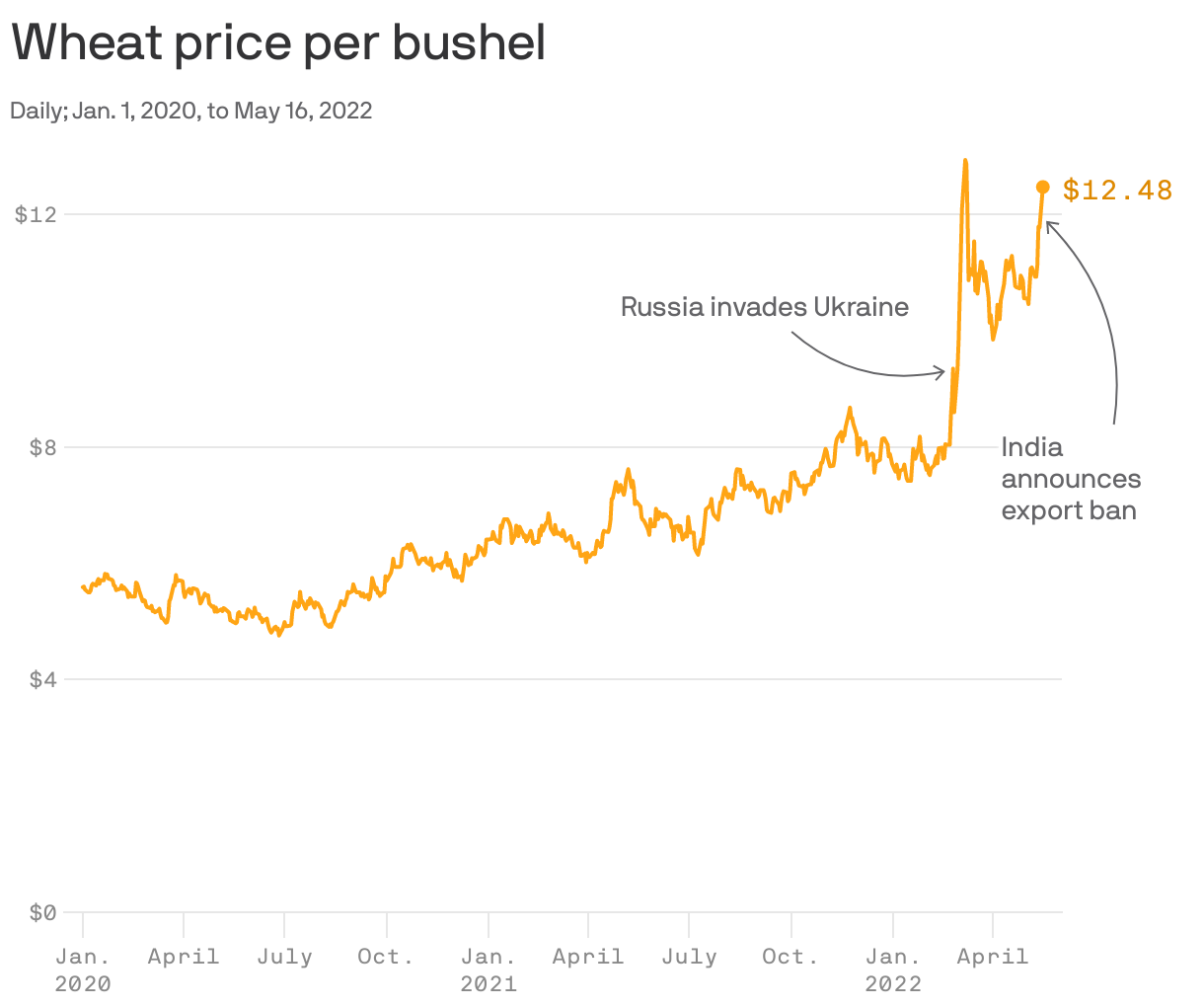 Bread is one of the more crucial ingredients in maintaining world stability — and it's getting dangerously expensive, Emily writes.

Why it matters: As food prices rise around the world due to the war, extreme weather and inflation, more countries are putting these kinds of export controls in place — but that only exacerbates the issue.

What they're saying: "These measures threaten to further tighten global supplies, and will create price pressure on food as we head further into 2022," Kelly Goughary, a senior research analyst at Gro Intelligence, tells Axios.

State of play: Russia's invasion of Ukraine cut off exports from that region — responsible for more than a quarter of the world's supply — and sent buyers scrambling to find other source countries, like India.

Zoom out: There are few commodities more important than wheat, as Matt wrote in March. Rising prices for bread have led to social unrest throughout history from the French and Russian revolutions to the Arab spring.

What to watch: More headwinds in the wheat market are coming, Goughary said. There are issues with drought in France that could drive up prices, while production in the U.S. is down.

There Is Nowhere To Hide From This Selloff

Bank of Zimbabwe Introduces Gold Coins Into Its Monetary System