EDITOR'S NOTE: If you follow the markets and economy closely, you’ll notice that mainstream media spins the narratives which most investors follow. These narratives change, yet the changes appear like linear transitions or a film scene that moves from one state to another. If you step back and take in a big-picture view of all the discrete economic events happening at once, they look chaotic, and that’s because they are. In other words, you can’t really tell “who” or “what” is in control of even our own economy. Not surprisingly, big banks’ bearishness hasn’t quite reached a peak as uncertainty prevails. Many of them are hedging via loss loan reserves. Central banks are hedging by adding to their gold reserves. What are you doing to shelter your wealth amid the storm?

Goldman is not jumping on the bounce train.

Goldman's asset allocation strategists have the following things to say this morning:

2. "While sentiment and positioning is somewhat bearish, big banks do not think we are at peak bearishness. Sentiment can stay bearish for a long time during bear market - a combination of extreme bearish sentiment, positioning and valuations provide a stronger bullish signal..."

3. "We think equity drawdown risk remains elevated into next year....."

JPM on the possible next phase of the squeeze

The key to a more aggressive squeeze may lie with

2. Buybacks – said to accelerate coming out of the earnings blackout window as soon as next week

3. Macro data – this is still a market driven by yields and the Nov 2 Fed meeting and Nov 10 CPI release loom large. 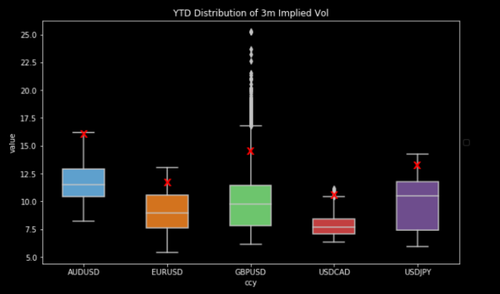 Yuan 1 month volatility is back to recent highs...which is rather elevated levels for the CNH. You don't trade the "gap" between CNH vol and VIX, but as long as cross asset vols remain well bid, the case for VIX easing much in the short term is not realistic. 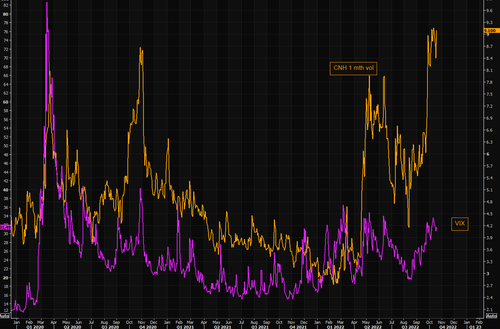 Up, up and away

Unstoppable JPY is approaching the 150 magnet. For a few days the US 10 year was lagging, but that seems to be changing... 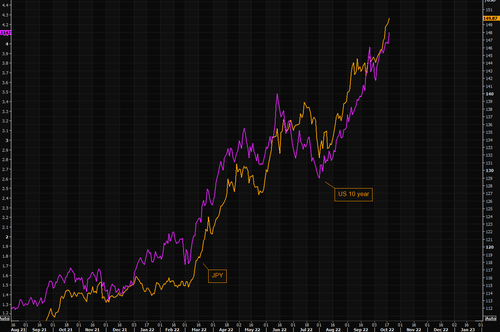 When VIX looks "low and tiny"

Cross asset volatilities have been on the rise for months. Equity vols on the other hand only picked up recently. The gap vs cross asset vols remains very wide. Chart showing JPM FX vol index vs VIX. 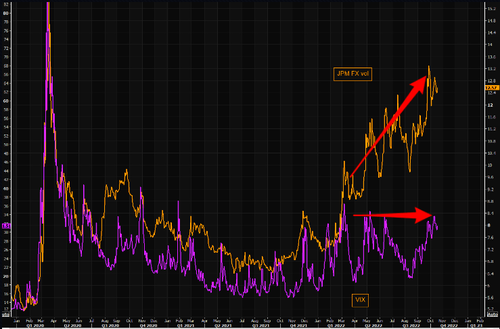 BofA's derivatives team dives deep into volatility across assets. One of the conclusions regarding the most recent pick up in equity vols:

3. Rates tend to worry more than equities about the economic data

4. Rates vol has been better priced for this year’s extreme data volatility

Do we see the MOVE vs VIX gap shrink eventually? Chart shows that being long the 1 day atm straddle into economic events has been rather profitable over the past quarters. 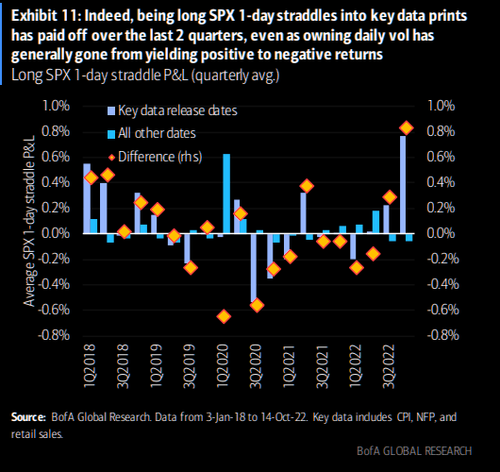 The dollar and the EPS

EPS slows by 1% for every 2% appreciation in USD. 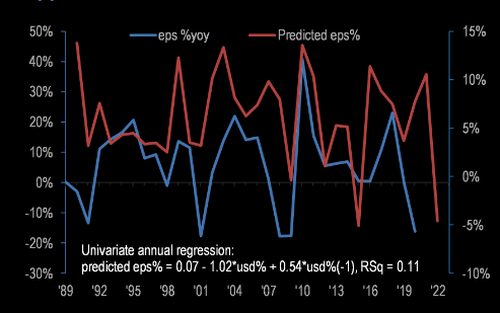 Even if central banks stop hiking, there might be continued pressure from QT...

Who is in control?

Huge moves, but SPX is trading at the same levels we traded at almost four weeks ago. Bullish or bearish? For now, nobody is in control... 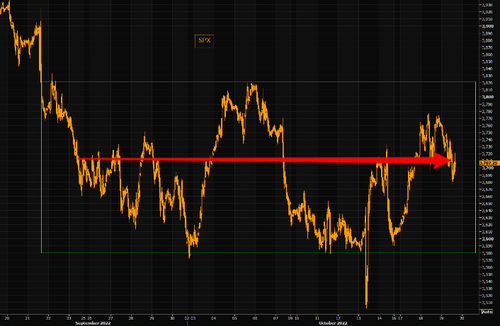