EDITOR'S NOTE: Doug Mallouk writes in a Baltimore Sun Commentary that he disagrees with Biden’s “Build Back Better” because of both “what it does and what it doesn’t do.” Mallouk argues that the spending program “in no way addresses the causes of the impending worse-than-2008 financial meltdown” while also spending trillions of dollars to further Klaus Schwab’s “disgusting, anti-human and scientifically cockeyed” Great Reset agenda. The op-ed finished with a sarcastic flurry, asking, “So, in summary: hyperinflation, technological regression, increasing economic impoverishment, and depopulation. Who could possibly disagree with that?” 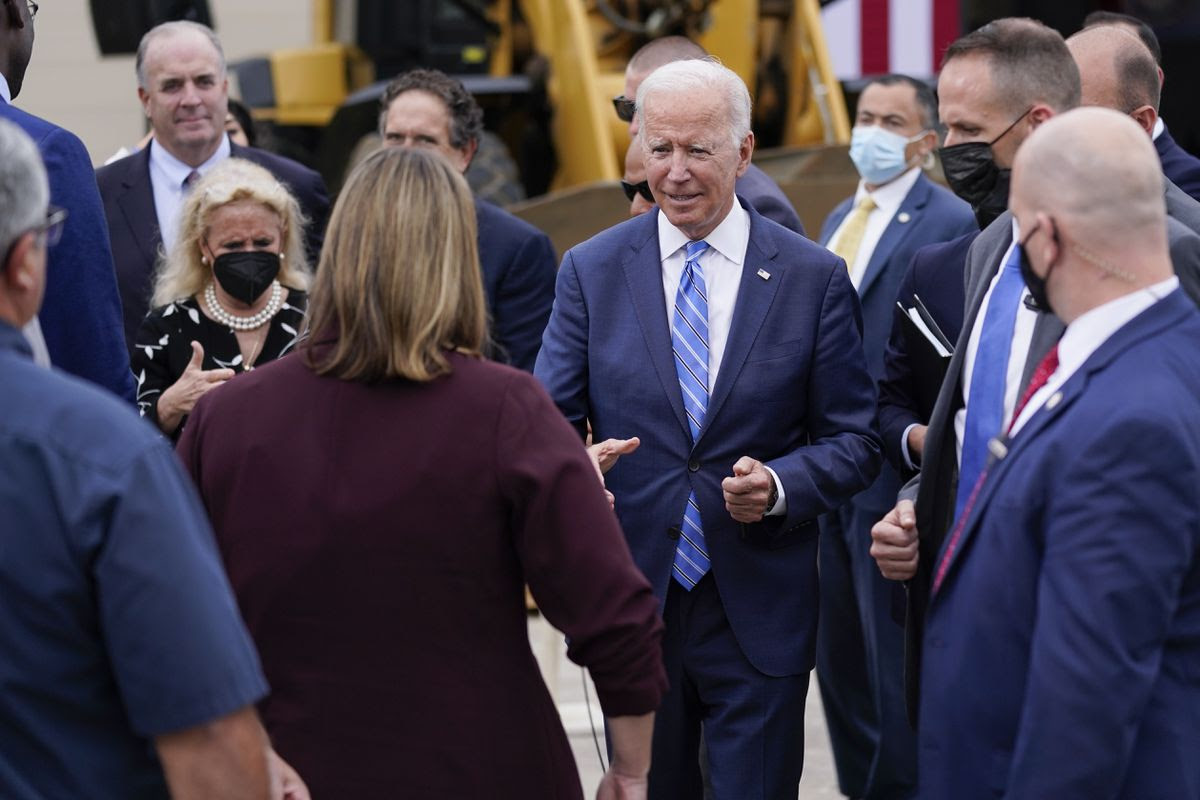 Letter writer Jim Dempsey (“What’s so bad about Build Back Better?” Oct. 18) practically dares The Baltimore Sun’s readers to express any disagreement whatsoever with the Biden administration’s economic agenda. I am happy to oblige.

I have just two tiny problems with the policy: what it does and what it doesn’t do. Negatively, Build Back Better in no way addresses the causes of the impending worse-than-2008 financial meltdown. Since especially March 2020, the Federal Reserve and other central banks have disgorged literally tens of trillions of dollars in quantitative easing — “purchasing” worthless assets from Wall Street and London at full face value, a thinly disguised mega-bailout. Anyone thinking that the resultant hyperinflationary pressure could be confined indefinitely to the financial sector has been reading too many bad economics textbooks.

Now, even Clinton administration Treasury Secretary Lawrence Summers is openly admitting that the situation is out of control without offering any solution. That’s understandable since he personally engineered the 1999 repeal of the Glass-Steagall Act, which had served for more than six decades as a bulwark against the funny-money bubble regime that took over afterward. Providing a humongous free lunch to the banks and hedge funds, while scraping together some crumbs and morsels for the poor and elderly, strikes me as neither just nor a deterrent against an upcoming blowout.

From sins of omission to those of commission: Build Back Better would, indeed, expend trillions of dollars to go green. Prominent proponents of that huge “reset” include Biden ally Klaus Schwab, executive chairman of the World Economic Forum that hosts top global financial and political elites annually in Davos, Switzerland. His new book, “Stakeholder Capitalism,” minces no words in stating the agenda: “The same force that helps people escape from poverty and lead a decent life is the one that is destroying the livability of our planet for future generations. The emissions that lead to climate change are not just the result of a selfish generation of industrialists or Western baby boomers. They are the consequence of the human desire to create a better future for himself.” The message couldn’t be clearer: Save the Earth! Stay poor and miserable!

I find Mr. Schwab’s outlook disgusting, anti-human and scientifically cockeyed as well. But I nonetheless applaud him for articulating it so unabashedly and I really wish that other green advocates would display a similar candor.

So, in summary: hyperinflation, technological regression, increasing economic impoverishment and depopulation. Who could possibly disagree with that?