EDITOR'S NOTE: It didn’t take St. Louis Fed President James Bullard to inform us that the Federal Reserve may be losing its credibility. All we had to do was pay attention to Jerome Powell’s misleading announcements and unfulfilled commitments. Remember that in 2020, the Fed was fretting over inflation being too low. They shifted to a 2% averaging policy to “induce” an inflationary environment that was supposed to be transitory. Now that inflation is somewhat out of control, the Fed is committing to a series of interest rate hikes starting with a 50-basis point hike at the next FOMC meeting. The Fed also pledged to begin reducing its balance sheet. The NY Post author below is betting that the Fed will once again disappoint. The central bank will reverse its promise. And he presents compelling reasons as to why the Fed can’t commit to this strategy. It’s also a reason why you might want to consider seeking safe-haven assets as the inflation crisis continues to unfold.

For two years, the Federal Reserve has managed to lose credibility by making strong policy commitments it soon had to reverse once they were overtaken by reality. It’s now poised to make yet another major policy pledge it won’t be able to keep.

The minutes, released Wednesday, of the Fed’s last policy meeting suggest that starting as soon as May, the bank will begin raising interest rates in 50 basis point steps in its effort to get the inflation genie back into the bottle. It will also commit to shrinking its bloated balance sheet over the next year by $95 billion a month. But it’s unlikely to be able to meet that obligation — especially should its abrupt, hawkish policy shift burst the equity, housing and credit market bubble.

With consumer price inflation running at almost 8%, a 40-year high, it’s hard to believe that as recently as August 2020 the Fed was fretting about inflation being too low. That worry induced the bank to abandon its 2% fixed-inflation target for a so-called flexible average inflation target.

Seeming oblivious to the inflationary pressures it was creating by allowing the money supply to balloon and keeping interest rates too low for too long, the Fed adopted a policy that would tolerate inflation above 2% for some time. It did so to make up for the period inflation remained below its target. 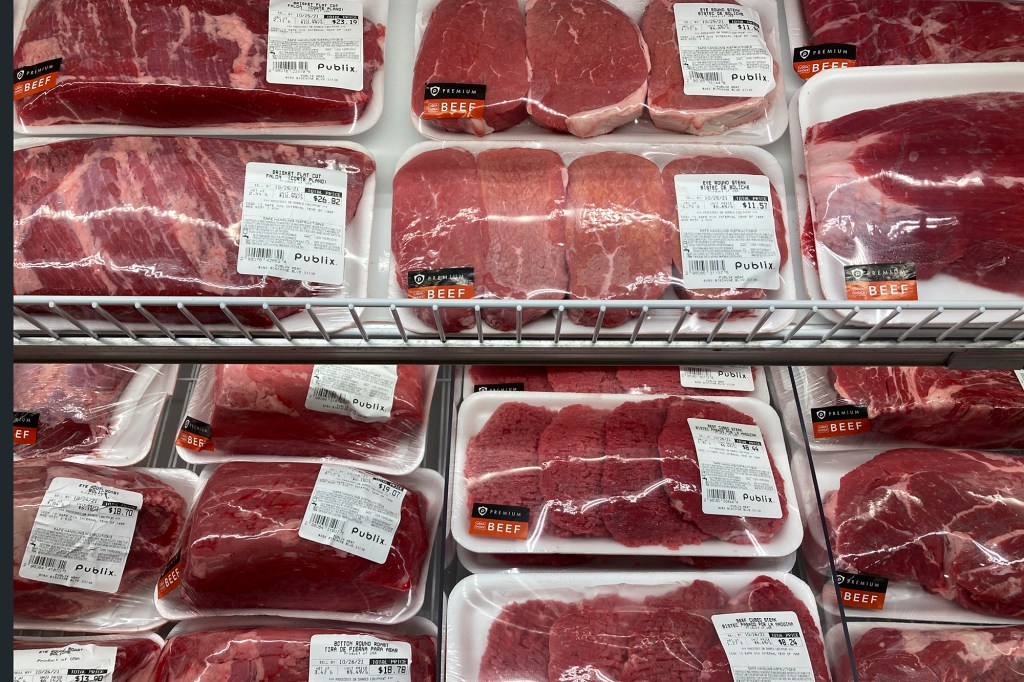 With the Fed now contemplating raising interest rates in 50 basis point steps to slay the inflation beast, chief Jerome Powell’s assuring us till the end of last year that the inflation surge was but a transitory phenomenon hardly did the bank’s credibility any good. Neither did sticking to the line, again to the end of 2021, that it wouldn’t raise interest rates until 2023 when it’s now looking at raising rates at each of its scheduled meetings this year.

Judging by the just-released minutes, the Fed is about to make yet another credibility-killing commitment it can’t keep: It will announce at its May 15-16 policy meeting 50 basis point interest-rate hikes and a pledge to rapidly reduce its bloated $9 trillion balance sheet over the next 12 months. Instead of increasing liquidity through bond purchases by $120 billion a month as it did through much of last year, the Fed will withdraw $95 billion a month in liquidity by not rolling over the bonds it holds when they come due.

The reason for doubting that the Fed will be able to keep its balance-sheet-reduction commitment is that it comes against the backdrop of an equity, housing and credit market bubble that the Fed itself created by its earlier ultra-easy monetary policy. Equity valuations still remain at nosebleed levels, housing prices exceed their 2006 peak even in inflation-adjusted terms and credit spreads on highly leveraged loans remain low.

A basic point that seems to have escaped the Fed’s attention is that today’s everything bubble has been premised on the mistaken assumption that interest rates would remain ultra-low forever. By raising interest rates and committing to rapidly run down the size of its balance sheet, the Fed could very well trigger the bursting of those bubbles.

As occurred in 2008 after the US housing and credit market bubble burst, the bursting of today’s everything bubble certainly could precipitate a deep economic recession. That in turn might again unleash strong deflationary pressures in its wake that might again force the Fed to abruptly change course.

In recent statements, Powell has emphasized the merits of the Fed being humble and nimble in today’s uncertain economic environment. The Fed would do well to heed its chair’s advice before it rushes in to make a long-run commitment to rapidly reduce the size of its balance sheet. This would seem to be especially the case since bursting bubbles could soon force the Fed to abandon that policy in a manner that would further reduce its already-tarnished credibility.

Desmond Lachman is a senior fellow at the American Enterprise Institute. He was formerly a deputy director in the International Monetary Fund’s Policy Development and Review Department and the chief emerging market economic strategist at Salomon Smith Barney.