EDITOR'S NOTE: Former governor of the Bank of England, Mervyn King, says that central banks have a “King Canute” theory on inflation. He recently told the Institute of International Monetary Research, “This is the King Canute theory of inflation. A thousand years ago, King Canute of England set his throne by the seashore and commanded the incoming tide to halt. The tide continued to rise and dashed over his feet and legs, driven by the laws of nature.” The Guardian reports that “King, who was in charge of the Bank from 2003 to 2013, said he was not criticizing individual decisions made in recent years, but was concerned about the intellectual foundation of central bank policy.”

Mervyn King questions theory that ‘inflation will remain low because we say it will’. 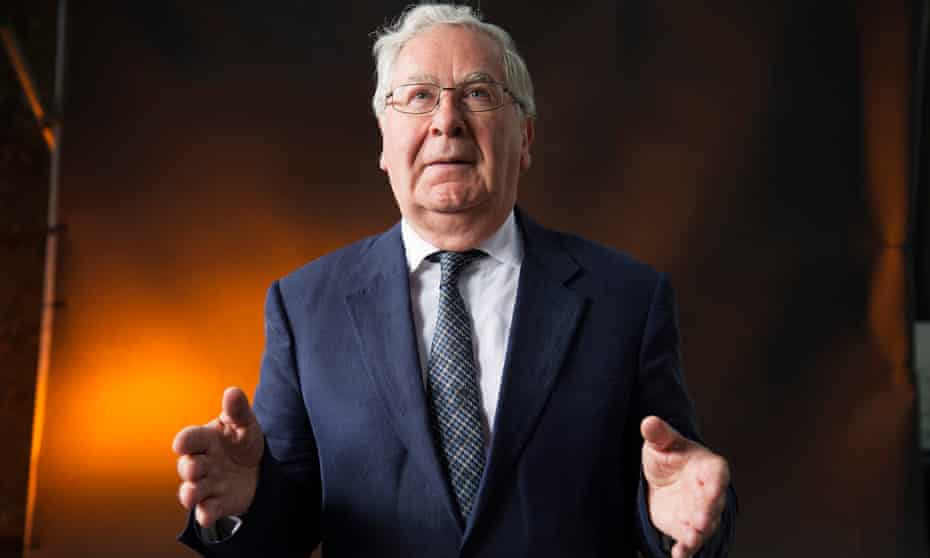 Central bankers have been caught unawares by rising prices that have exposed their “King Canute” theory of inflation, the former governor of the Bank of England Mervyn King has said.

In a strong attack on how policymakers around the world have reacted to the Covid-19 crisis, Lord King accused them of relying too heavily on models that showed inflation always coming back to its target whatever the level of interest rates.

“This is the King Canute theory of inflation. A thousand years ago, King Canute of England set his throne by the seashore and commanded the incoming tide to halt. The tide continued to rise and dashed over his feet and legs, driven by the laws of nature,” the former governor said in a lecture to the Institute of International Monetary Research.

“A satisfactory theory of inflation cannot take the form ‘inflation will remain low because we say it will’; it has to explain how changes in money – whether directly via quantitative easing or indirectly via changes in interest rates – affect the economy.”

This month, the Bank of England left interest rates at a record low of 0.1% while forecasting that the annual rate of inflation would continue to rise, peaking at 5% next spring. Threadneedle Street said it then expected inflation to fall back, returning to the government’s 2% target over the coming years.

King, who was in charge of the Bank from 2003 to 2013, said he was not criticising individual decisions made in recent years, but was concerned about the intellectual foundation of central bank policy.

“When King Canute sat in front of the incoming tide, his purpose was to show his courtiers that he was not omnipotent and could not by words alone undo the forces of nature. Central banks would do well to show the same humility.”

Under King’s stewardship during the global financial crisis of the late 2000s, the Bank slashed interest rates and pumped money into the economy through quantitative easing, a bond-buying programme.

The former governor cited a House of Lords report suggesting QE had since become the first resort of central banks to bad news of almost any kind. The failure to withdraw QE in response to good news, or even the absence of bad news, had led to a ratcheting up of central bank balance sheets, something King said was “unsustainable”.

“The danger now is that although financial markets may have lost faith in the forward guidance given to them, central banks themselves continue to believe in it and to cling to a narrative about the future path of interest rates that is no longer credible with inevitable problems for the clear communication of policy decisions,” King said.

Forward guidance, the former governor added, could come to be seen as complacency. “A central bank should not be ashamed to acknowledge that it does not know where interest rates will be in the future because it cannot know where the economy will go in the months and years ahead.

“The only forward guidance markets and economic agents need is an unswerving commitment to price stability.”

King said there had been a decade of sluggish economic growth despite the largest monetary stimulus the world had ever seen and it was “surely time to recognise that many if not most economic problems are not amenable to monetary policy solutions”.

An erosion of democratic norms. An escalating climate emergency. Corrosive racial inequality. A crackdown on the right to vote. Rampant pay inequality. America is in the fight of its life. We’re raising $1.25m to fund our reporting in 2022. If you can, please make a year-end gift today.

Originally posted on The Guardian.