Corporate America Buys Back Own Stocks As Market Continues To Suffer

EDITOR'S NOTE: Last week, “U.S. stocks suffered one of this year’s worst declines,” according to Yahoo! Finance, but an interesting source came to the rescue: the companies themselves. Corporate America bought back $3.4 billion worth of its own stock, twice the level from the previous week and reaching the highest measure since March,” according to Bank of America. These “buybacks from companies accounted for almost half the total purchases by the bank’s clients.” While some frame this as “corporate America’s role as a reliable source of support for the market,” it also seems like companies are artificially propping the market up as the last line of defense while outside economic factors are trying to naturally drive stock process down. Time will tell which side wins out. 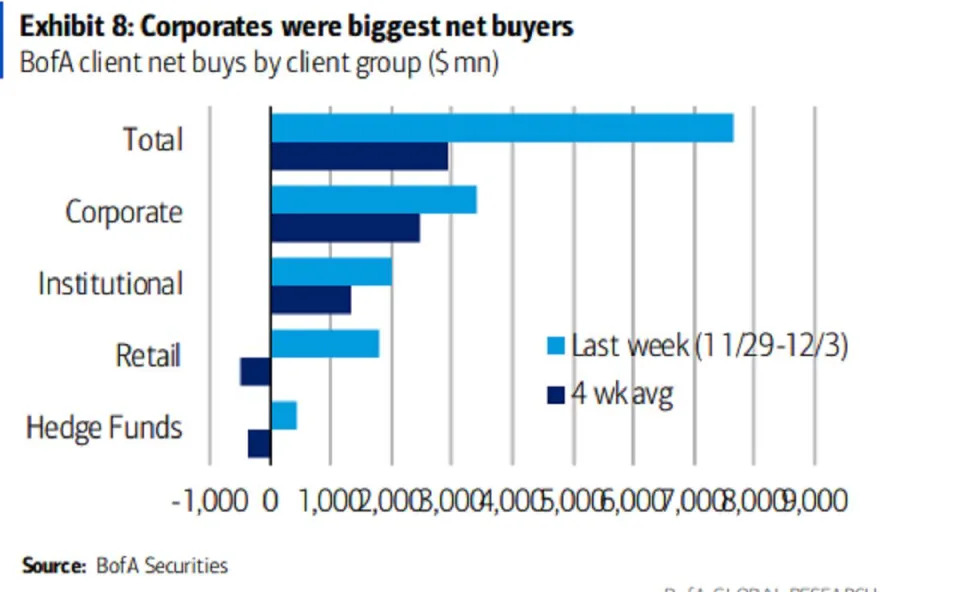 (Bloomberg) -- As U.S. stocks suffered one of this year’s worst declines last week, one big ally of this bull market stepped up its buying at a furious pace.

Corporate America bought back $3.4 billion worth of its own stock, twice the level from the previous week and reaching the highest measure since March, according to client activity compiled by Bank of America Corp.’s research team. While wealthy individuals and institutional investors also bought the dip, buybacks from companies accounted for almost half the total purchases by the bank’s clients.

The buying spree was followed by a strong equity rally at the start of this week. Up about 2% as of 11:20 a.m. in New York Tuesday, the S&P 500 is poised for its first back-to-back advance of at least 1% since May.

The spike in buybacks came as a surprise to BofA strategists Jill Carey Hall and Savita Subramanian, especially at a time when lawmakers are considering a tax levy on corporate repurchases to help fund a boost in government spending.

“Previously we had not seen any evidence of corporates accelerating buybacks into year-end given tax reform risk,” the strategists wrote in a note. November’s “trends were in-line with typical seasonality.”

The data solidifies corporate America’s role as a reliable source of support for the market. The willingness to buy the dip is likely to help calm nerves in a market where hedge funds were cutting exposure to stocks at the fastest rate in 20 months while retail investors saw their brokerage accounts dwindling amid a selloff in cryptocurrencies and speculative technology shares.

Corporate buyers were largely absent during the pandemic bear market due to the need to preserve cash during the crisis. Yet that was an exception -- buybacks have repeatedly helped establish a market bottom during the past decade, as was the case in August 2019.

To many equity bulls, the return of buybacks is a big antidote to market scares over the withdrawal of Federal Reserve monetary stimulus and the emergence of a new Covid-19 variant. Since the start of January, U.S. companies have announced plans to buy $1.1 trillion of their own shares, almost triple the level at this time last year, data compiled by Birinyi Associates and Bloomberg show.