EDITOR'S NOTE: When you think of American household debt, two things come to mind: credit cards and car loans. They’ve always been a burden (save for a period during the pandemic when nobody was spending), but now they’re getting even more expensive as interest rates are much higher. As much as these forms of debt make up a regular part of the American household experience, the truth is that more and more families are struggling and can’t afford their own debt load. Yet credit card debt, with rates at an all-time high, is still going up! This, of course, contributes to inflation. And the Fed will continue making the cost of money even less favorable, possibly to the point of crashing the economy.

With the 30 Year mortgage now (un)comfortably into 7% territory, the US housing market is already suffering the "sharpest turn since the 2008 crash", according to Redfin... 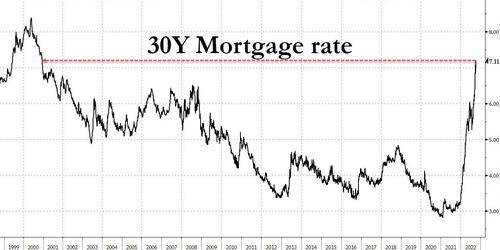 But we won't focus on mortgage in this post (we have done so excessively on various previous occasions), especially since in a world where most Americans have been forced to rent (with the average house increasingly unaffordable), having a mortgage became a luxury for the middle class long ago. Instead, we will bring readers' attention to what is no longer a luxury, but with the US savings rate at record lows... 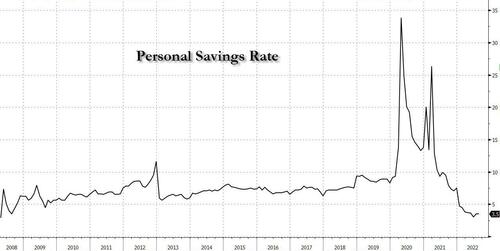 ... and with credit card debt soaring every month by record amounts... 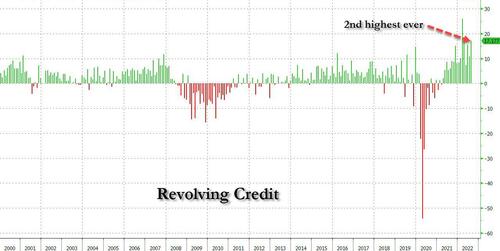 ... it is that tiny piece of plastic that has become absolutely indispensable in funding the American way of life, and unfortunately as the latest US consumer credit report showed, the interest rate on all credit card accounts (that were assessed any interest as of Q2), just jumped to the highest since Fed record-keeping started in Q4 1994. 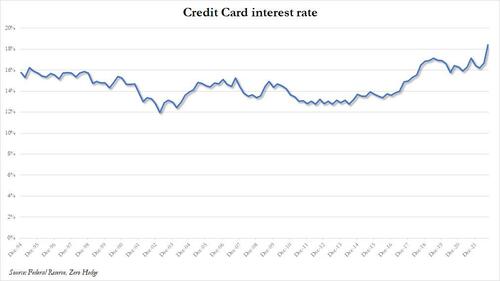 Yes, between soaring prices, exploding rents (after all, with 7% mortgage which nobody can afford, what's left of America's middle class is being pushed into renting), the rate on credit cards - that last lifeline to keeping with exploding inflation - just hit the highest on record. We will leave it to readers to decide what this means for the US economy, but first we just wanted to point out something else.

As we noted last week, used car prices are finally sliding, and not just sequentially... 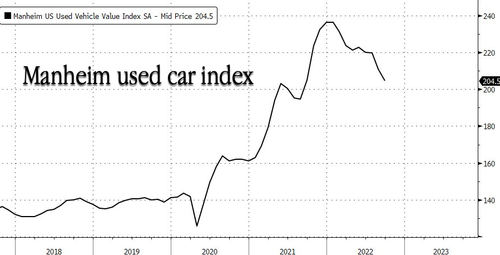 That's a problem if the surge in car prices was the result of soaring auto loans. Which as the final chart in this post shows, was precisely the case as the average new car loan just surpassed $38,000 for the first time. 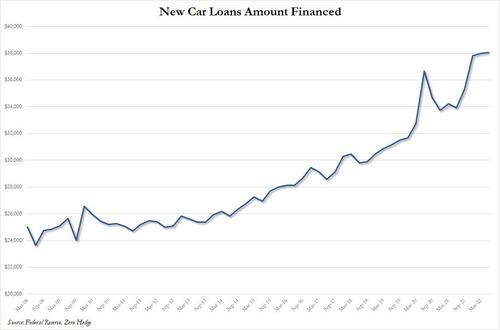 Translation: the implosion of the US consumer is coming and it will be spectacular.