EDITOR NOTE: The market has been showing confused and conflicting responses to monthly unemployment and weekly jobless claim reports. It's hard to make sense of the rallies or declines following each job-related report. What’s consistent, however, is that these responses are discrete, meaning that they’re seemingly divorced from the big picture, which is that job recovery or growth is not only “slow” but “slowing.” In other words, the “rate of change” is telling us more about the economy than the “change” itself. And to date, the narrative still resembles a tragedy.

After the last two month's big drop in ADP employment (which was still dramatically different from BLS data), analysts expected a rebound surge in employment in June.

ADP saw 19.5mm people lose their jobs in April, another 2.8 million lost jobs in May (which has now been revised to +3.065mm!), and now sees the US economy adding 2.369 million in June (disappointing expectations of a 2.9 million gain)... 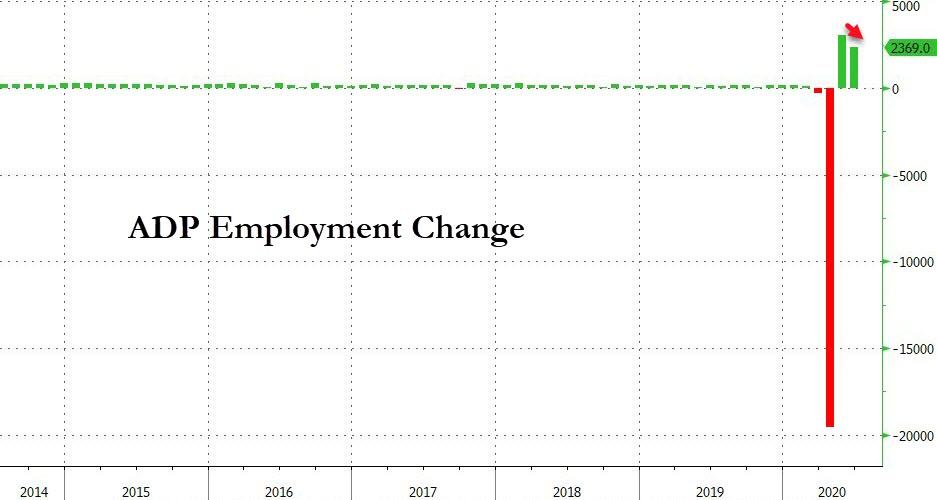 Both Goods and Services jobs rebounded but the pace of rebound slowed... 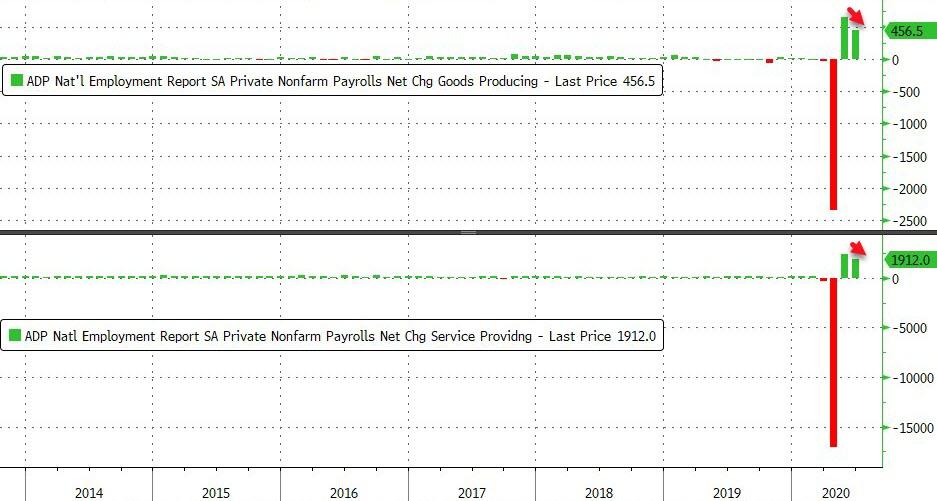 So, based on the revisions, job additions are slowing!

“Small business hiring picked up in the month of June,” said Ahu Yildirmaz, vice president and co-head of the ADP Research Institute.

“As the economy slowly continues to recover,we are seeing a significant rebound in industries that once experienced the greatest joblosses.  In fact, 70 percent of the jobs added this month were in the leisure and hospitality, trade and construction industries.”

So... if you put any credence in today's data, just remember last month's data was revised from a 2.76 million job loss to a 3.065 million job gain! Zandi?