EDITOR'S NOTE: A massive leadership shakeup looks like it’s on the way for the Fed, according to Politico. The Federal Reserve’s top regulator, vice chair of supervision Randal Quarles, is out as his term expired last week. Additionally, President Biden still hasn’t confirmed whether or not he is renomination chairman Jerome Powell to keep his post as the leader of the U.S. central bank. Politico notes that progressives are critical of both Quarles and Powell “for rolling back some of the rules imposed on banks in the wake of the 2008 financial crisis.” There is currently no successor in place for Quarles’ position as the Fed’s lead banking regulator. Until there is, decisions will be made “based on consensus until a new person is appointed.”

The announcement comes as Fed Chair Jerome Powell is awaiting word on whether he will be renominated by President Joe Biden to a second term. 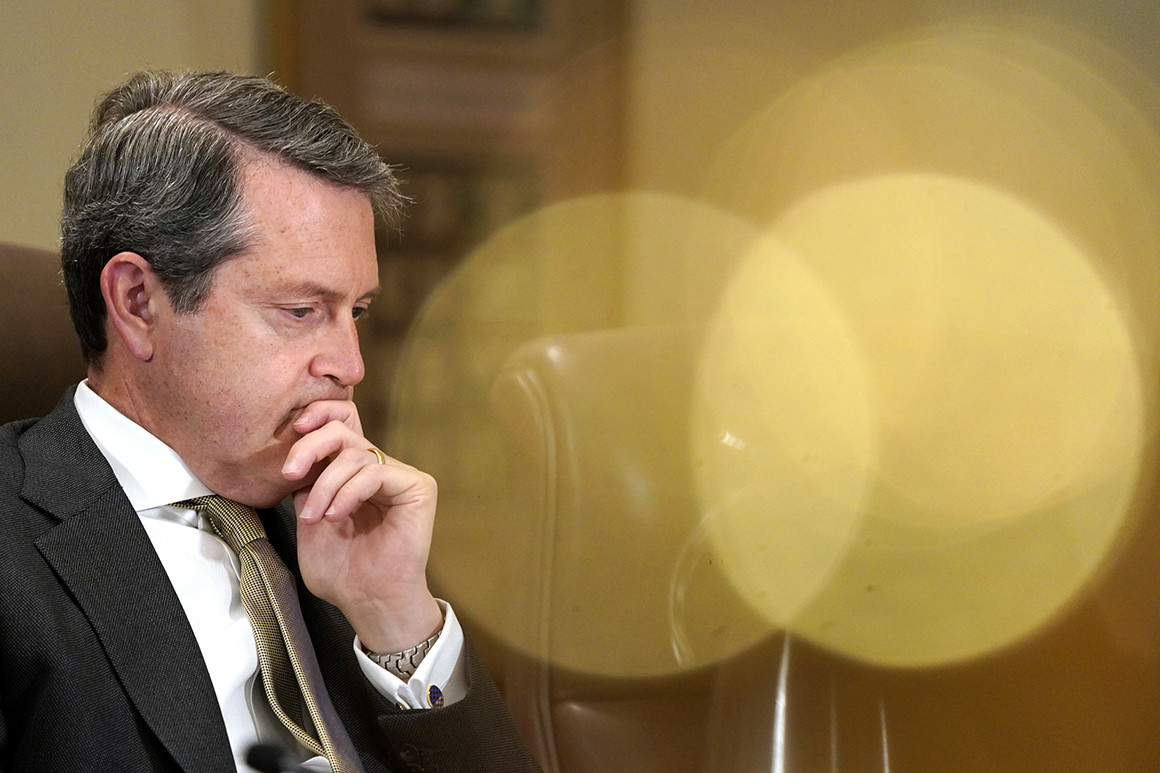 The Federal Reserve announced Tuesday that Randal Quarles will no longer be in charge of regulating the country's financial system after his vice chairmanship expires Wednesday, a move that could mark the beginning of major leadership changes at the Fed.

The announcement comes as Fed Chair Jerome Powell is awaiting word on whether he will be renominated by President Joe Biden to a second term. Some progressive groups have criticized Powell and Quarles — both appointed by President Donald Trump — for rolling back some of the rules imposed on banks in the wake of the 2008 financial crisis.

After Quarles’ term expires, no one at the Fed will chair the central bank’s internal committee on regulations, according to a central bank spokesperson. Instead, issues will be brought before the board based on consensus until a new person is appointed to the top regulatory job, vice chair for supervision. Quarles will remain a member of the committee.

Quarles is the first person to formally hold the job of vice chair for supervision, a position created under the 2010 Dodd-Frank Act, the Obama administration's sweeping overhaul of Wall Street rules.

In a press conference last month, Powell pledged to defer to whomever Biden nominates next as regulatory czar. Fed experts have speculated that the president might appoint someone to that role who favors tougher oversight of banks but also keep Powell on as central bank chair.

“It’s fully appropriate for a new person to come in and look at the current state of regulation and supervision and suggest appropriate changes, and I welcome that,” Powell told reporters at the time.

Although Quarles’ vice chairmanship ends Oct. 13, his underlying board term doesn’t run out until 2032, so he can stay at the Fed for the time being. His term as chairman of an international standard-setting body, the Financial Stability Board, doesn’t end until December.