EDITOR'S NOTE: The global food price surge began at the onset of the pandemic. As countries implemented lock-down procedures, supply chains crumbled. Global stimulus efforts, aimed at kick-starting the economic recovery, soon heightened demand for goods that, thanks to the disrupted supply chain, just weren’t there. No doubt, Russia’s invasion of Ukraine caused global food supplies to tighten at a faster and harsher pace, their prices shooting up parabolically as Western nations levied the toughest sanctions ever placed on a single nation. The United Nations has a benchmark index to measure food prices across the globe. It’s been around since 1990. Last month, the index shot up to an all-time high. Given the fact that much of the world’s food and energy supplies come from Russia and, to a lesser extent, Ukraine, nations are faced with the problem of how to bring prices back down. The Axios article below gives you the scoop on the situation; which countries are affected the most; the numbers behind this growing dilemma; and what to look out for in the coming months. 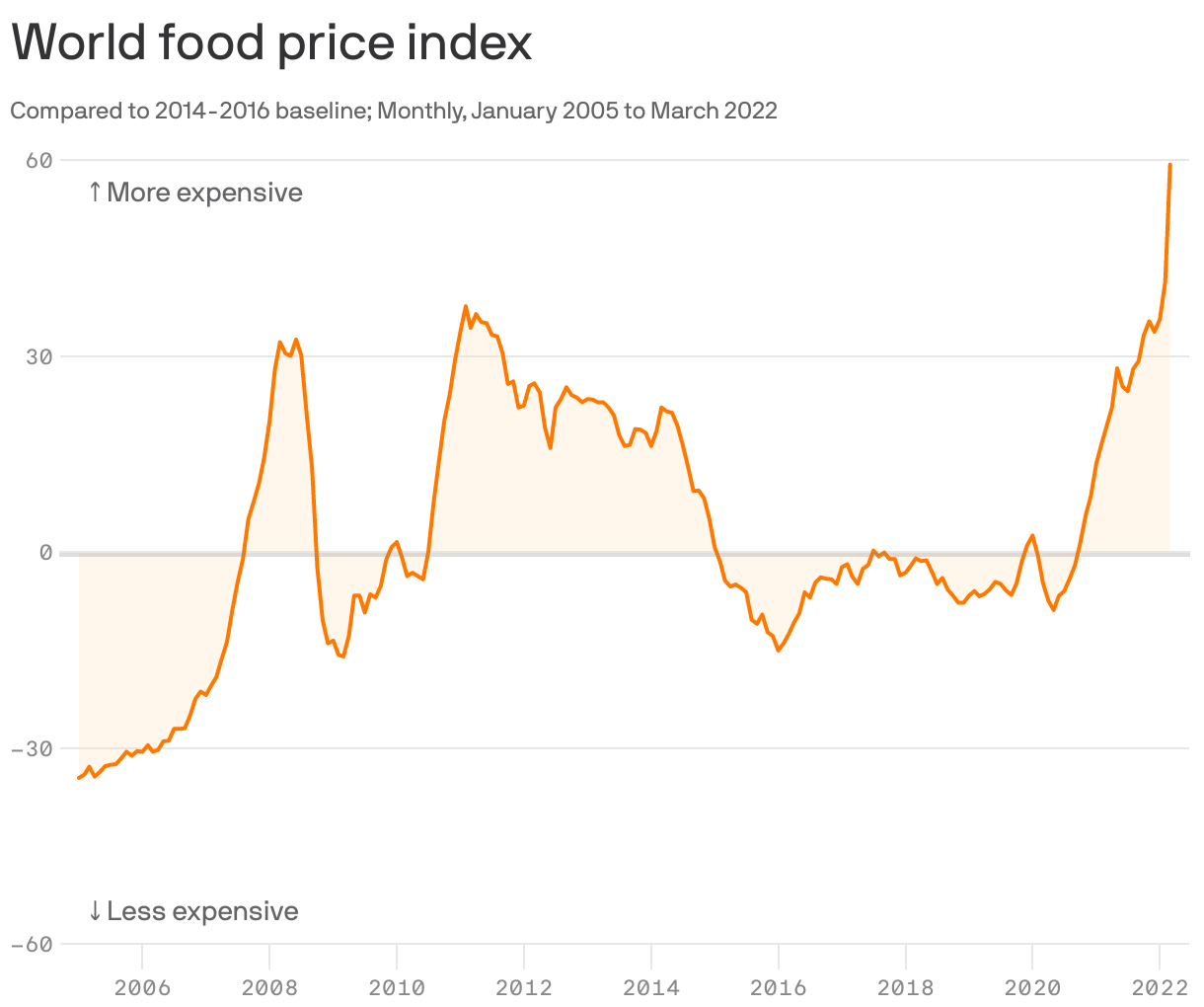 Food prices soared to record highs last month, as the war in Ukraine exacerbated what was already a global crisis, Emily writes.

Why it matters: In poorer countries where folks spend upward of 50% or more of their income on food, these numbers are devastating.

State of play: The tools that central banks are using to fight inflation — rate hikes, quantitative tightening — are meant to curtail demand, but can do little to address global supply problems.

Behind the numbers: The index tracks a basket of commodities including cereals, vegetable oils, dairy, meat and sugar.

What's next: The U.S. is also struggling with rising food prices. Expect to hear more about that later this morning, when the March Consumer Price Index is released.