Gold Proves To Be Resilient As Demand Remains Strong

EDITOR'S NOTE: “Gold is proving remarkably resilient,” writes Frank Holmes in another informative SWOT analysis, courtesy of Goldseek. Gold is up 7% this year despite fluctuating wildly within a wide trading range for most of it. Yet, its resilience is evidenced by its capacity to stay within the range and not fall below it. Bond yields may be rising, but sentiment toward economic and geopolitical risks is getting the better of traditional investment think. As St. Louis Fed President James Bullard says, the Fed is losing its credibility, and judging by gold’s recent price action we can assume that investors are really starting to believe it. Hence the rush toward safe-haven assets. Hedging wealth is the name of the game these days. Still, it helps to get a comprehensive view of the fundamental dynamics driving this market. And that’s what the article below attempts to present in SWOT style—the strengths, weaknesses, opportunities, and threats present within the precious metals market and industry. If this kind of thing is important to you (and it really should be), then read on. 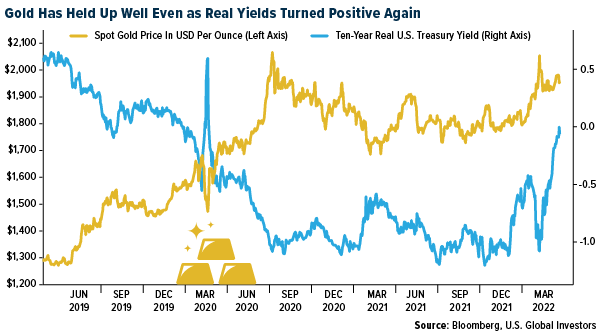 The Great Resignation Is Set To Continue-According To PwC Survey

Gold Has A Number of Incredible Benefits-Especially Now