Good News About The Expansion Rate of The Money Supply

EDITOR'S NOTE: It’s really interesting to come across this chart below and see its explanation begin with the words “some good news.” It continues: “for anybody who thinks that inflation is caused by the expansion of the money supply: That expansion rate is now back down to its pre-pandemic levels.” Really? We understand that mainstream analysts tend to refer to the overall rise in the costs of goods and services to claim evidence of inflation. Milton Friedman calls inflation the rise of the costs of goods and services due to an inflated money supply. Austrian economists would point to the increase in the money supply period, before its inflationary effect on the costs of goods and services. Regardless, analysts estimate that it takes about a year or more to see the effect that monetary policy has on the economy. So, as the Fed tightens, we can expect the same lag time we saw when the Fed dramatically increased the money supply. One to two years of inflation (assuming the Fed has it under control) is a long time to be paying high prices. Of course, the Fed can also crash the economy. So, this chart is neither good nor bad news. It’s a reminder to those who sought capital preservation that a hedge via safe-haven assets should have been set a few years ago. And for those who missed that boat, well, nobody’s sure what the future has in store or how long the current crisis will last (that’s the point of having a hedge). 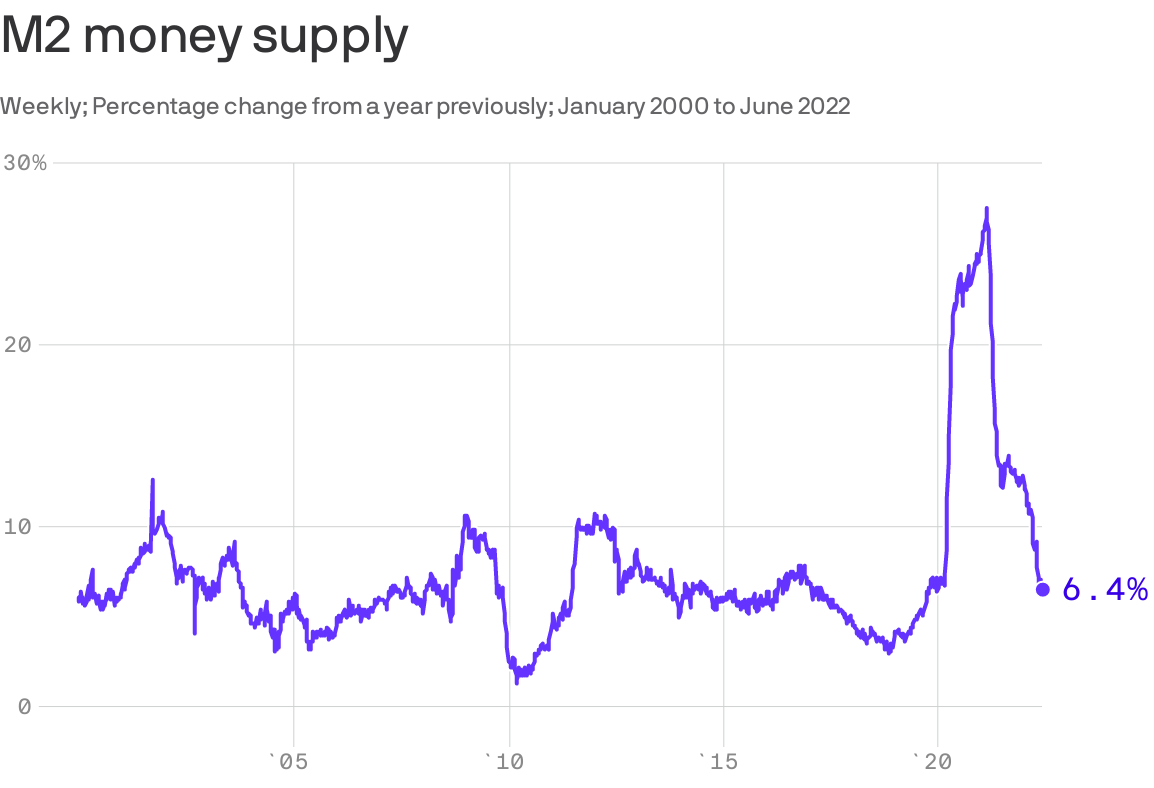 Some good news for anybody who thinks that inflation is caused by the expansion of the money supply: That expansion rate is now back down to its pre-pandemic levels.