Have We Reached The Peak of The Hot Job Market?

EDITOR'S NOTE: While businesses across America are opening their doors wide to more workers, creating the potential for a hot job market, they can’t seem to keep up with the millions of workers heading for the exits. Around 4.5 million workers quit their jobs last March. A boon for workers who can demand higher wages and better conditions, it makes you wonder how much longer the tight labor market conditions can continue. The worker shortage, one that’s forcing companies to compete in wages and other perks, may contribute significantly to inflation, potentially causing a spiral (companies may be forced to raise prices in order to compensate for the higher wages, in turn driving workers to demand even higher wages to compensate for even higher inflation). But some analysts think that the labor shortage may have reached its peak, considering how inflation is beginning to seriously erode the cash in everyone’s pocket, whether they’re working or not. 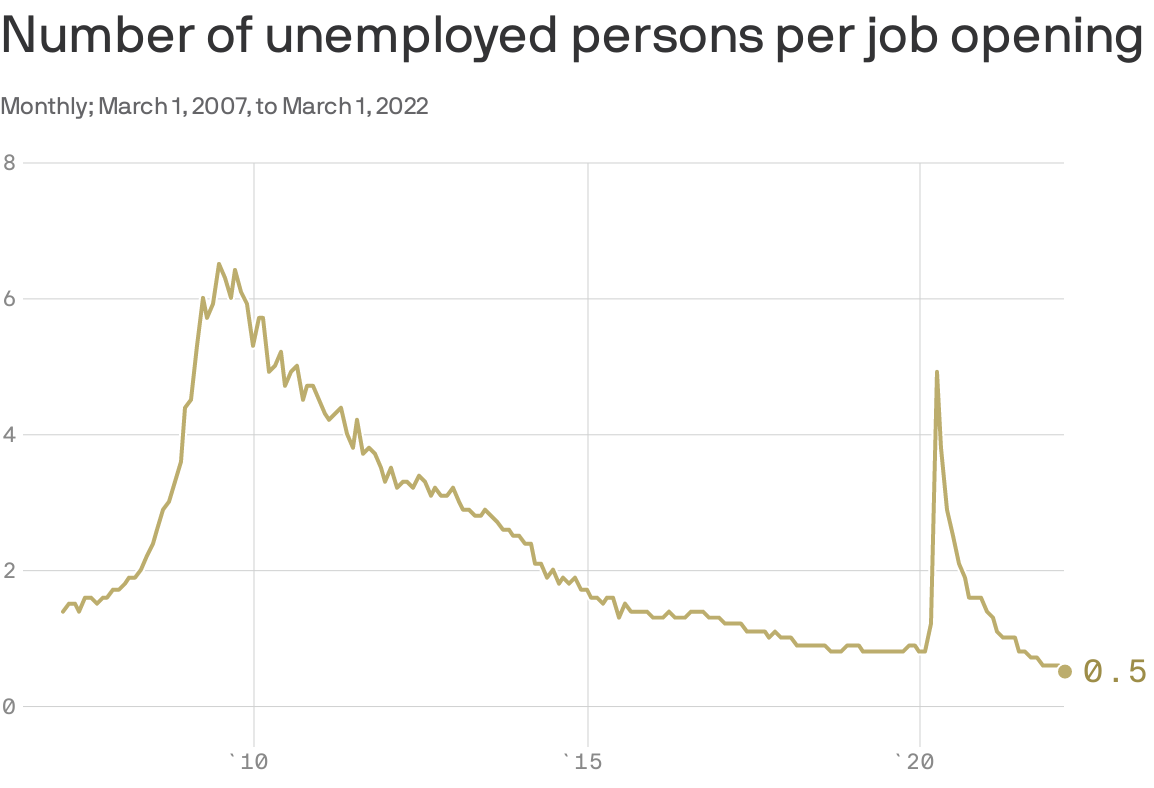 A record 4.5 million people quit their jobs in March, while the number of job openings in the U.S. reached a new high, Hope writes.

Why it matters: Workers aware of their advantage are continuing to ask for and receive higher wages, which in turn continues to help prop up inflation — already at its highest point in over 40 years.

By the numbers: Job openings reached a new high of 11.5 million by the end of March, which means there are now two job openings for every unemployed person.

Yes, but: “This could be the peak of the hot job market,” Ron Hetrick, senior economist at Emsi Burning Glass, wrote in a note today.

What to watch: The Federal Reserve is expected to announce a 50 basis point hike in interest rates tomorrow.