EDITOR'S NOTE: If all you wanted for Christmas was a significant slowdown in the pace of rate hikes, or perhaps even a pivot toward lower rates, neither is likely to be in Santa’s bag of gifts. Not even coal, as that’s trading at an all-time high. Inflation may still see a significant rise in the coming months despite early signs of peaking. Remember, in 1974, inflation “peaked” at 11%, easing to 5.74% in 1976, only to jump to 13.55% by 1980. The Fed is aware of this history; it’s suspicious of the precarious signs that any peaking signal may hide. As American billionaire investor Bill Ackerman predicts, in agreement with so many other market experts, the proverbial light at the end of the tunnel is growing very bright, and rapidly so. It may actually be a train heading in our direction on its way to smashing the US economy.

The Pershing Square Capital founder and CEO said in a tweet Wednesday it would take a “deep, job-destroying recession” for inflation to return to that level, which marks the U.S. central bank’s long-term price stability goal.

“Even if it gets back to 2%, it won’t remain stable there for the long term,” Ackman said after the Fed's latest rate hike, also adding that target was "no longer credible." “Accepting 3% +/- inflation is a better strategy for a strong economy and job growth over the long term.”

When asked, Powell recommitted to a 2% target, but admitted that examining a higher rate was a possible ‘longer-term project.’ Businesses need price stability, but can thrive in a world with 3% stable inflation.

The Fed raised interest rates by half a percentage point to a range of 4.25%-4.5% on Wednesday, the seventh and final time monetary policy makers lifted their benchmark policy rate in 2022. The cumulative 4.25% increase in interest rates this year marked the most since 1980.

Following the decision, Fed Chair Jerome Powell said further hikes were likely coming in the new year, emphasizing the central bank would proceed with tightening financial conditions as long as needed to hit its inflation goal.

New forecasts from the Fed released Wednesday suggest policymakers see the unemployment rate rising to 4.6% by the end of next year with inflation coming down to 3.5% as measured by core PCE. Those figures stood at 3.7% and 6%, respectively, as of the latest data.

The Consumer Price Index (CPI) rose at an annual clip of 7.1% in November, per government data out Tuesday, while the latest PCE reading — the Fed’s preferred inflation gauge which sources from business prices — climbed 6% in October compared to a year earlier. Each is at least three times higher than the Federal Reserve’s price stability goal as it currently stands. 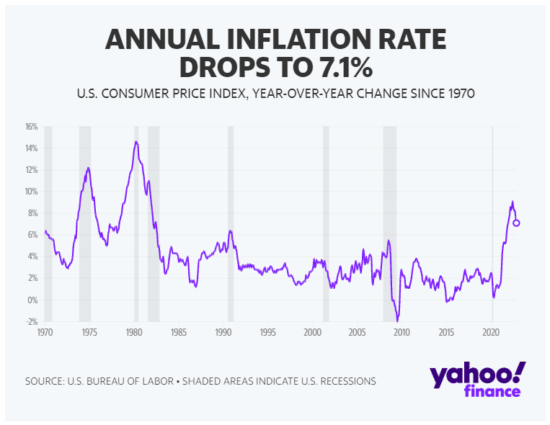 Ackman has previously expressed doubts about the Federal Reserve succeeding in its fight against inflation. In a quarterly call with Pershing investors last month, the hedge funder said inflation would be structurally higher, along with interest rates – with each of those factors posing a risk to equity markets.

“De-globalization, the transition to alternative energy, the need to pay workers more, lower-risk, shorter supply chains are all inflationary,” Ackman said on Wednesday. “The Fed cannot change its target now, but will likely do so in the future.”

The @federalreserve 2% inflation target is no longer credible. De-globalization, the transition to alternative energy, the need to pay workers more, lower-risk, shorter supply chains are all inflationary. The Fed cannot change its target now, but will likely do so in the future.

Earlier this year, Ackman supported aggressive Fed action and called for a full percentage point hike in July. His firm has cashed in big from its bets on rising interest rates, earning almost $2 billion this year and $5.2 billion since the onset of COVID-19 in 2020 thanks to a series of portfolio hedges that bet on rising rates.

The Pershing Square leader is not the only voice on Wall Street who believes the Fed’s inflation expectations are unrealistic as secular macroeconomic headwinds like supply chain issues, labor imbalances, and geopolitical tensions pose greater uncertainty to global markets. 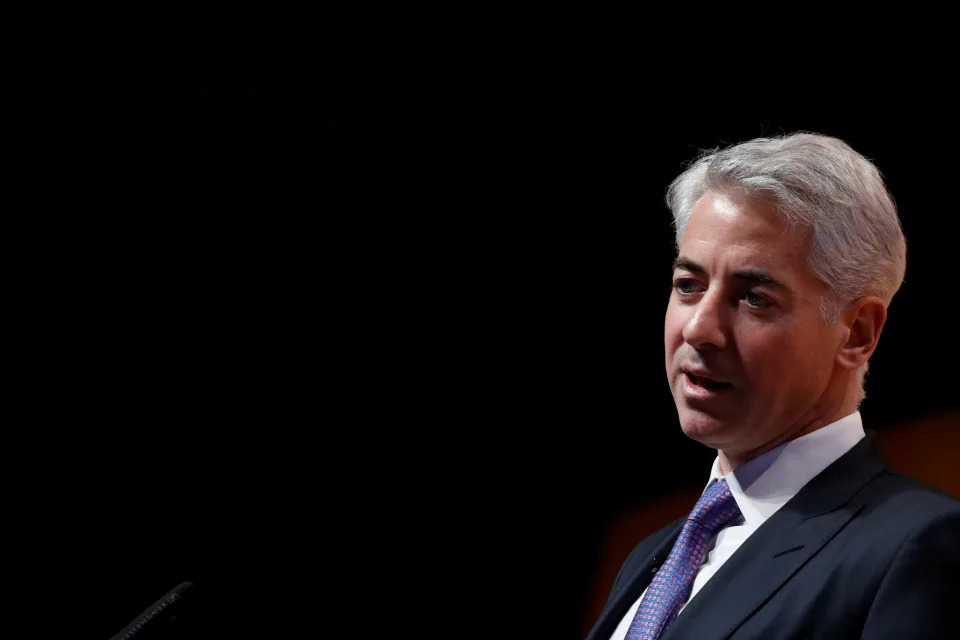 BlackRock Chief Executive Larry Fink said earlier this month at the New York Times Dealbook Summit in New York City investors will likely have to live with inflation around 3-4% and rates of 2-3% — something he referred to as a period of “malaise” for the economy.

Gargi Chaudhuri, head of iShares Investment Strategy Americas at BlackRock, pointed out in a note Wednesday areas that continue to keep inflation higher lie largely within the services component of CPI, like rent and housing prices.

“The service components within CPI tend to be stickier — price growth in services takes longer to slow because they are thought to reflect wage growth and don’t have their prices adjusted as much as goods,” Chaudhuri said. “Because of this, the move from 5% to 2% year-over-year inflation will not be as easy as the move from 9% to 5% inflation.”

Last week, Baird’s Ross Mayfield said that the cost of getting from a 4% rate of inflation to 2% becomes increasingly high.

“It would likely come with some significant shakeout amongst businesses and the labor market,” Mayfield wrote in a note. “Ultimately, we think they’ll slow the pace at which they're raising rates and then take a long time to observe the landscape and the impact that may have.”