EDITOR'S NOTE: Under President Biden, the US government spent a larger share of its funds relative to GDP than Canada and the EU. Around $1.9 Trillion, a sum equivalent to 25% of America’s  GDP, was spent on pandemic relief. And now, the US CPI inflation rate has skyrocketed from under 2% to 8.5% and rising. The White House’s early messaging efforts tried to pin the blame on supply chain disruptions. When Russia invaded Ukraine, the White House tried to spin a ‘Putin price hike” narrative—a move that may be just as devious, though not as clever, as Putin’s own propaganda efforts. But the San Francisco Fed’s report detailing how fiscal stimulus was a major contributor to our current inflationary woes was something of a checkmate for the Biden administration’s spin efforts. As a result, the White House Council of Economic Advisers’ report doesn’t dispute the role that Biden’s $1.9 trillion played in the current “pandemic inflation.” Not surprisingly, however, the progressive end of the Democratic party still defends the outcome, pointing to the “historic growth and low unemployment,” we’re seeing, but not to the soaring inflation that virtually renders all of these benefits pointless. Another spin, or just a testament to the Dems’ cluelessness of all things economic? 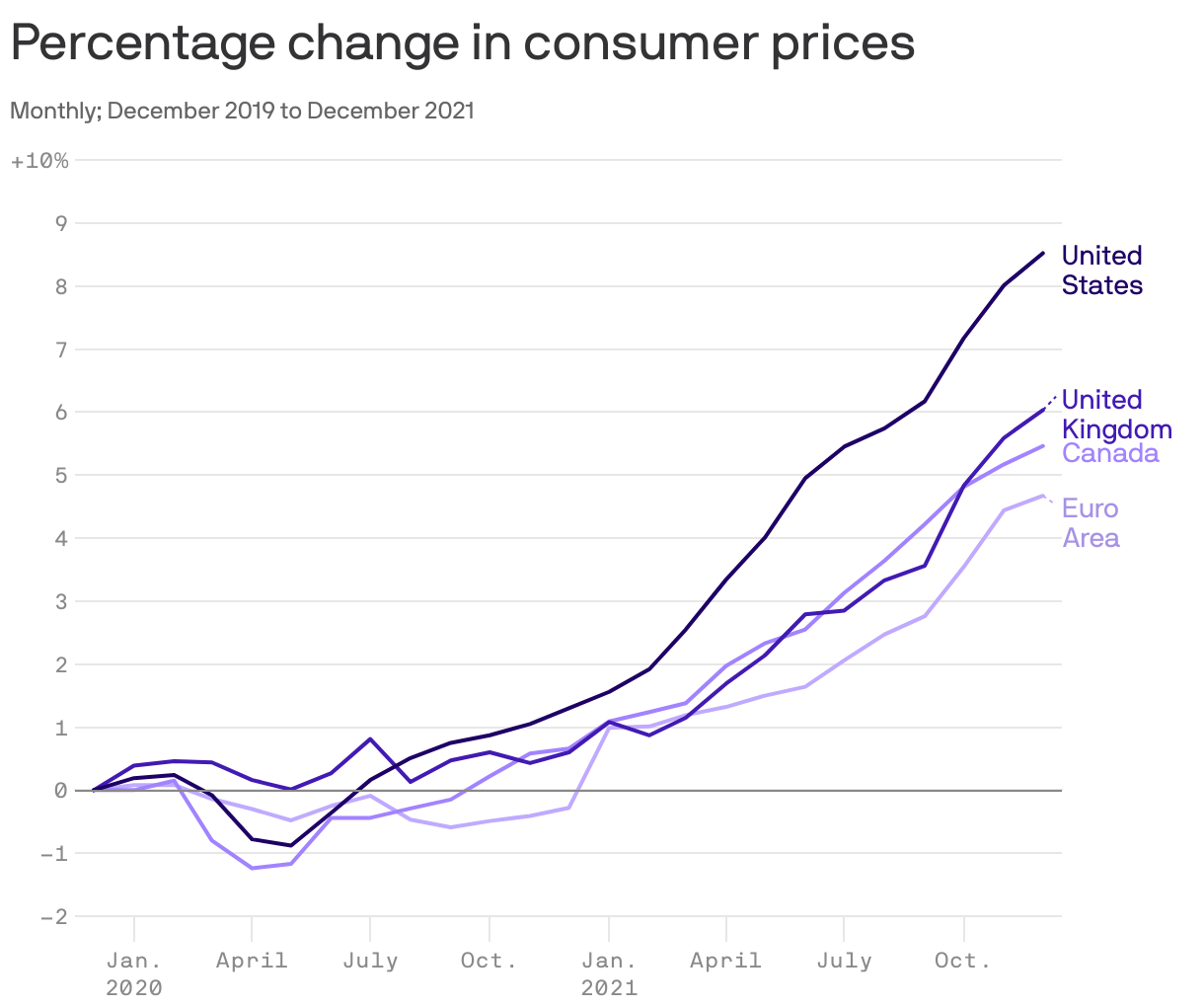 The U.S. spent more on its pandemic relief efforts than other nations. The results have been higher inflation — but also a much more rapid recovery, Axios’ Neil Irwin writes.

Why it matters: The Biden team isn't disputing that the president's signature pandemic aid, the $1.9 trillion American Rescue Plan, contributed to inflation. Rather, they argue that it has created benefits that put the U.S. economy in a position to be more resilient to the shocks of 2022 — like the Ukraine war and rising interest rates.

State of play: In a chapter focused on international comparisons, the White House economists note that the American fiscal response to the pandemic amounted to more than 25% of GDP, well above the 16% in Canada and 11.5% of the eurozone.

What they’re saying: The American Rescue Plan was a kind of insurance policy," CEA chair Cecilia Rouse said in an interview with Axios. "Go back a year ago, it was not at all a given that we would be here today with historic growth and low unemployment."

Consider the auto industry, which played a major role in elevated inflation in 2021. The report notes that American auto production was stronger, relative to pre-pandemic trend, than in other countries.

The bottom line: The economists who have the president's ear see robust economic activity as the most important legacy of the pandemic aid spending, and inflation as a secondary effect.