Is Gold Still The Best Currency Out There? You Bet. EDITOR'S NOTE: Gold may not be viewed as a currency, per se, but some would argue that it still stands as the ultimate form of money. Gold has been a benchmark of monetary value, considering its historical stability and reliability. Some people believe that money’s value benchmark out to remain external, and gold certainly serves that purpose. In this way, the monetary value can remain outside the immediate realm of political manipulation. Sadly, most people have confused money’s “substitute” with money itself. That’s a problem for economic systems. But it’s never a problem for gold, which tends to rise during economic collapses to, once again, help rebuild a new or better system.

For most of US history — 1789 to 1971, a period of 182 years — the United States embraced the idea of a currency that is stable, reliable, and definite. In practice, this meant a currency whose value was linked to gold, the best real-world way to achieve these goals. There was nothing very creative about this. Britain had done the same for hundreds of years prior, as did all the leading countries for many centuries. 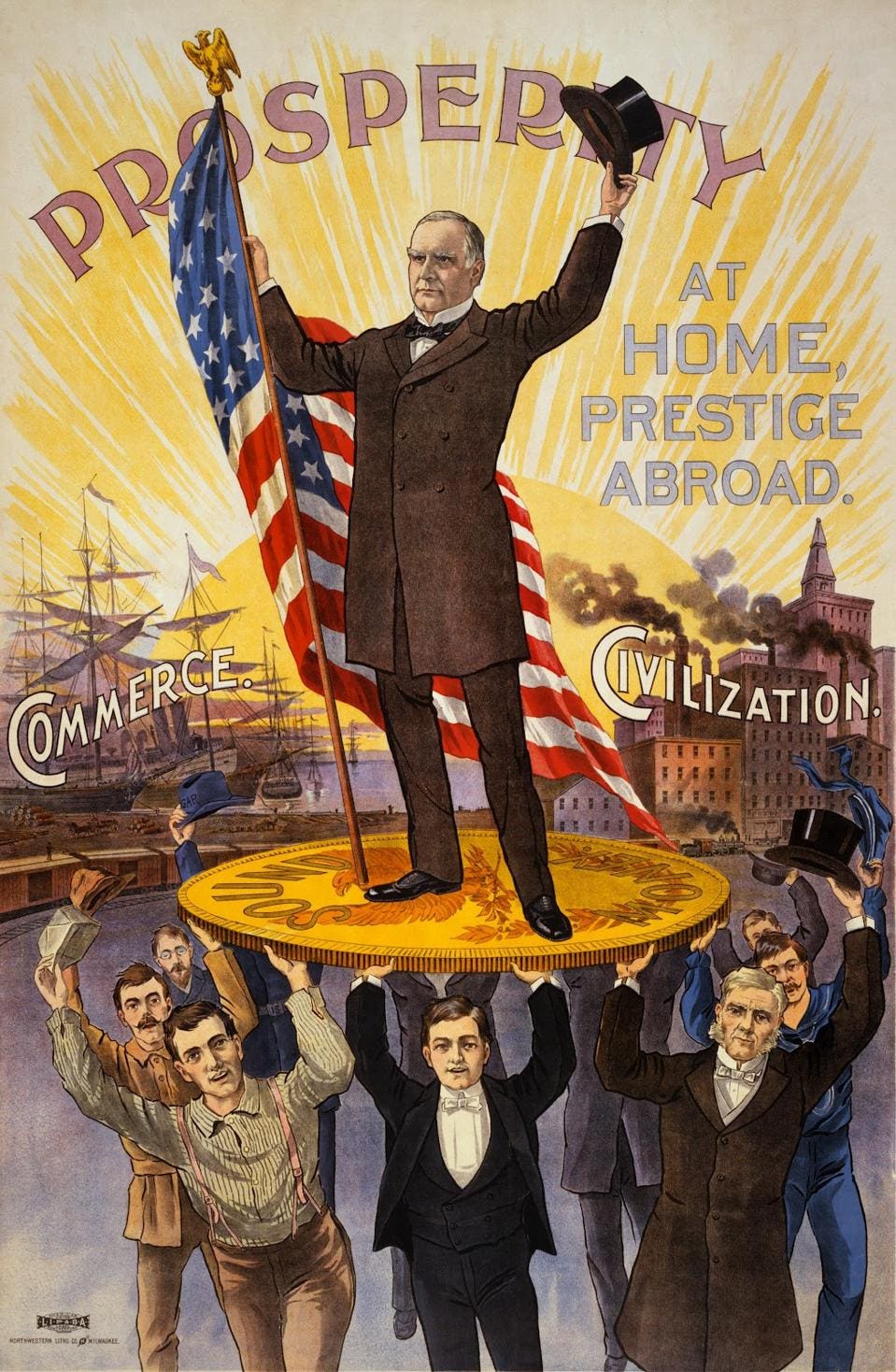 As long as the US stuck to this principle, there was never an “inflation” problem. As we explained in our new book Inflation (2022), when currency values go down, prices rise to compensate. It’s funny that, in all the talk about “inflation” in every major outlet over the past year, this idea almost never comes up. In the book, we make the example of the Mexican peso. It used to trade around 3/dollar in the early 1990s. Today, it is around 20/dollar. Guess what — the CPI in Mexico has risen about 10x over that time. This surprises exactly nobody, especially Mexicans, who have lived all their lives with this kind of corrosive nonsense.

That’s why most countries today — not including Mexico, unfortunately, but including El Salvador, which used to have the same problems, only worse — link their currencies to some external benchmark, usually the USD or EUR. Why do they do this? Because, they learned that having an independent floating currency, like the Mexican peso, tends to lead, over time, to a chronic pattern of currency depreciation. All along the way, their central bankers and ministers of finance make all kinds of promises that they will not allow “inflation.” It just happens anyway.

Just like the United States. In the environment of floating fiat currencies, political pressures have inevitably led to chronic currency decline. As currencies lose value, it takes more money to buy things.

The gold standard is the same idea. We link the value of the currency to an external benchmark of value — not the USD or EUR, but gold. This takes it out of the hands of central bankers and politicians. A dollar is worth a certain amount of gold, just as Bulgarian lev, today, is worth a certain amount of euros. It is a Fixed Value system. (Unfortunately, the IMF bans member countries from linking to gold today.)

Gold has always been reliably stable in value — stable enough that it works very well as a benchmark of monetary value. During the 1960s, Americans couldn’t actually own gold coins (that had been illegal since 1933), but the dollar’s value was still maintained at the $35/oz. gold parity. It worked fine. We have been doing this for literally hundreds and actually, thousands of years, so we know it works.

In a single sentence, President James Madison, the primary author of the US Constitution, summed up why he mandated a gold dollar in Article I Section 10:

The only adequate guarantee for the uniform and stable value of a paper currency is its convertibility into specie [gold] — the least fluctuating and only universal currency.

There’s a lot in here. Madison defines what we want: “a uniform and stable currency.” He explains why gold achieves this: “the least fluctuating and only universal currency.” And lastly, he says that we need an “adequate guarantee.” Some central banker, politician, or wiseguy economist will always promise that, with their oh-so-special wise judgement, or fancy statistical whatnot, they will provide a “uniform and stable currency.” But, it doesn’t work out, does it? It doesn’t work today, and it didn’t work in the time of James Madison either. It never works, not even for a little while. In other words, you need an external benchmark of value to take money out of the hands of wiseguys with big ideas or political agendas — and not just any benchmark, but the best one. Gold is not only an “adequate guarantee” but “the only adequate guarantee.” Only gold (and certainly not BitcoinBTC -0.3%) achieves all these goals. That’s why I called it: “The Final Standard.”