JPMorgan Chase Increases Reserves To Prepare For A Tough Year EDITOR'S NOTE: An omen from the banking industry. JPMorgan just increased its reserves, a move that telegraphs that it's bracing for…well, we don’t know, but it’s certainly not good. Remember how banks were able to post positive earnings in the months following the pandemic lockdown? If you were following the stories closely, you’ll remember that those “earnings” were actually a release of “loan loss reserves.” Banks bet on the possibility that borrowers might not be able to pay back their loans as a result of the pandemic lockdowns. So that stashed extra cash away, assuming the worst. Once those fears were allayed, banks put those reserve funds back into operation. Well, JPMorgan has begun to reverse its outlook, stashing reserves once again in fears that borrowers may be thrown back into a situation of potential non-payment. Does Jamie Dimon think there’s going to be a recession any time soon? He says no, Yet he’s hedging anyway. A smart tip from the America’s largest bank? 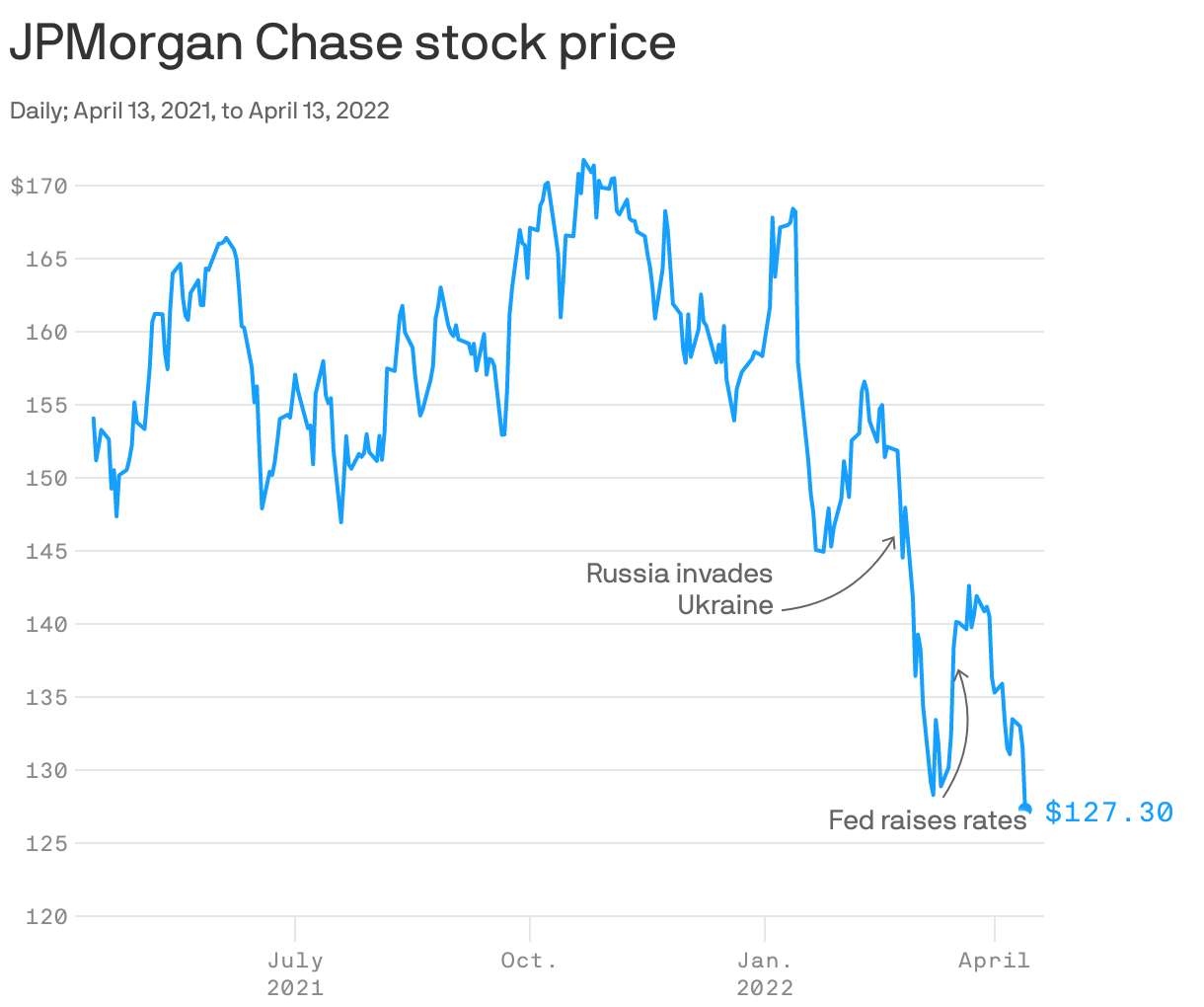 The country’s biggest bank is bracing for more uncertainty while hoping for the best, Hope writes.

Driving the news: JPMorgan Chase set aside $902 million, called reserves, to cover potential losses from loans in the event borrowers are unable to pay, the company reported today.

What they’re saying: When asked on this morning's earnings call if he thought the U.S. will see a recession this year, CEO Jamie Dimon responded, “I don’t. But … I can’t forecast the future any more than anyone else.”