What’s the breaking news? JPMorgan is currently experiencing the largest silver withdrawal in the last two years. Around 1.8 Million ounces have been moved OUT OF THE VAULT.

What’s the big deal? Some silver analysts are wondering what kind of shock might happen once people figure out that banks and bullion banks are having to “borrow” their silver to make physical deliveries?

Our thought bubble: If this is the case, we’re curious as to how this might drive prices once investors figure out that the claims on silver via paper contracts far exceed the amount of physical silver in stock.

I worked three yells of OUT OF THE VAULT into the title!

The JP Morgan move is almost certainly a follow on move from the 3.4 million oz moved out of registered in their vault last week. That is often (but not always) the pattern ... metal moves from registered to eligible and then OUT OF THE VAULT a few days later.

The prior largest move out of the vault at JP Morgan over the last 2 years is 1.37 million oz, so this is definitely uncharacteristic of JP Morgan.

There was some offset with 560,000 oz arriving at CNT Depository resulting in a comex net change of 1.9 million oz OUT OF THE VAULT. 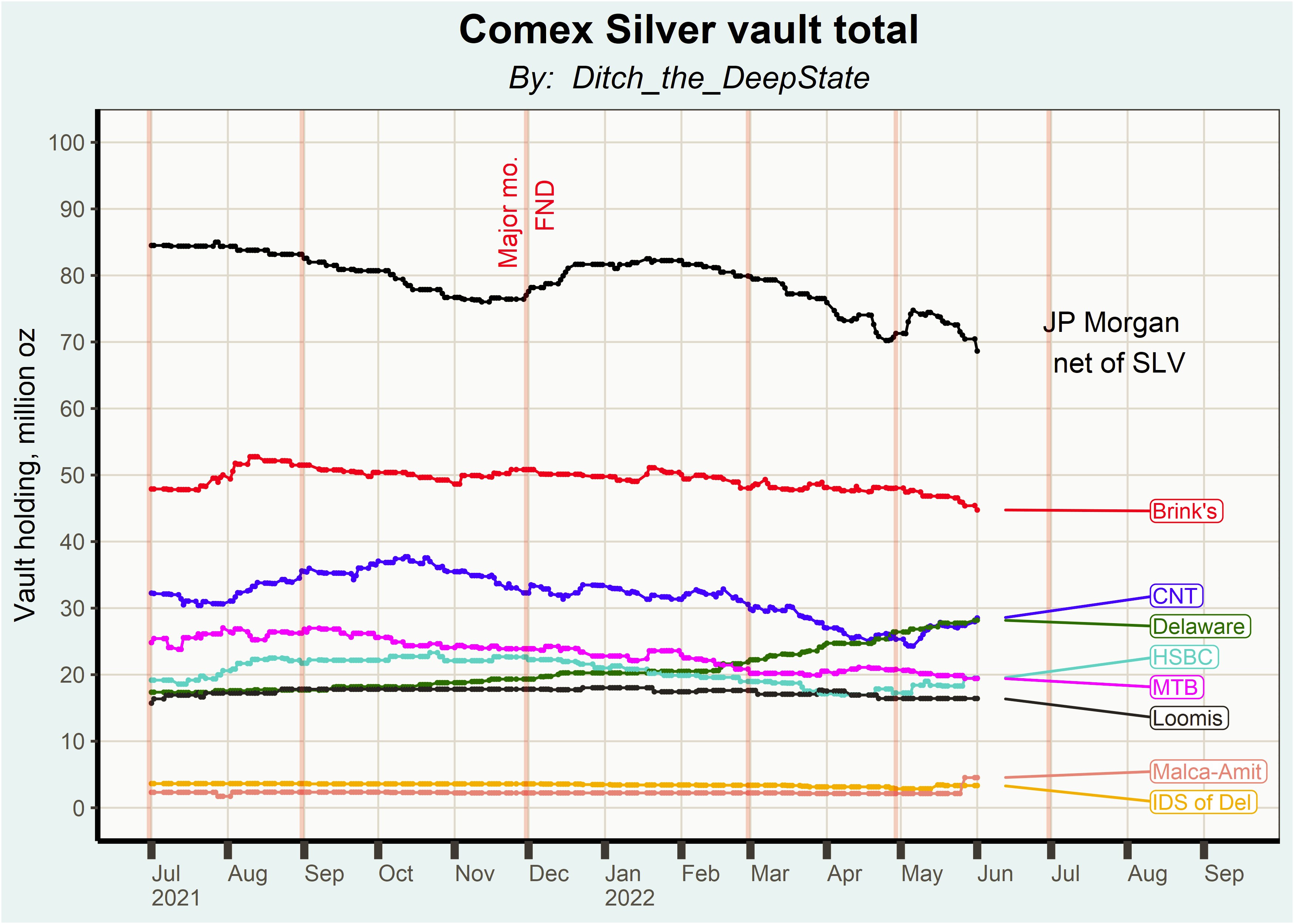 No change in registered.