EDITOR'S NOTE: Homeownership is an important milestone of the American Dream. It seems as if all Americans are expected to achieve this milestone given the opportunities that this great country provides. Failing to do so can mean a lifetime of money spent toward no real capital return. Homeownership also has symbolic significance. It indicates a certain level of personal and financial stability and career accomplishment. You need a fairly high level of income to buy a home in a neighborhood that you find suitable for yourself and your family. These days, wages continue to increase for the better, but their wealth effects have been blunted by the inflationary surge that has hit not only home prices but the overall cost of living. According to the article below, you would need to make 48% more than you did last year to afford a median-priced home in Florida. There is hardly any company that would give you a 48% pay increase in the span of one year. We can assume that the same can be said across most other areas in the country. The frightening thought is that this weakening of American wealth may just be getting started. 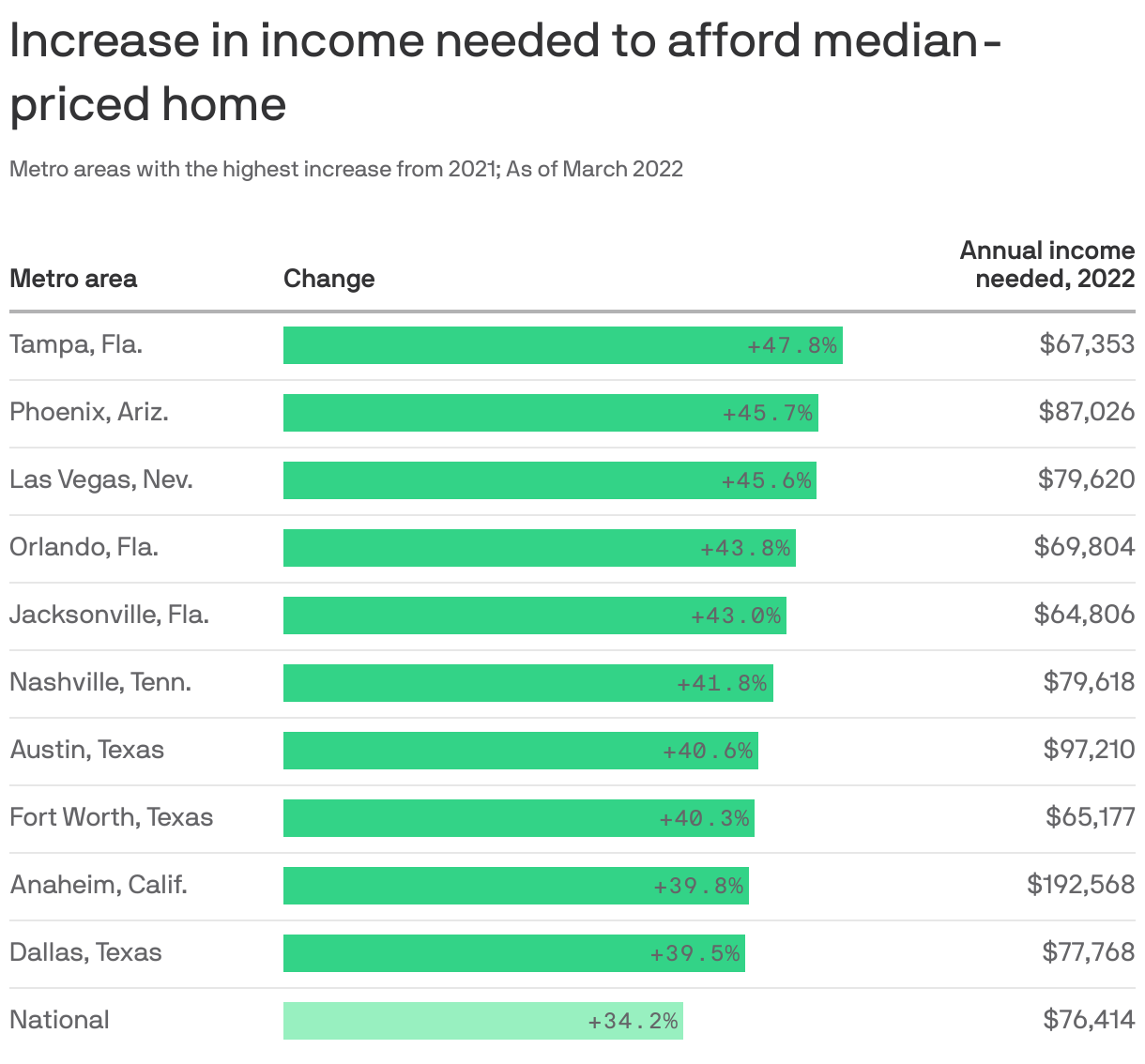 Homebuyers in Tampa need to earn 48% more now than they did a year ago to afford the median-priced home, according to a Redfin analysis released this morning, Emily writes.Why it matters: This is an obvious hit to affordability for buyers. While wages are up in the U.S. since last year — around 6% higher — they're certainly not rising this fast.The intrigue: Many of the folks buying homes in these markets aren't necessarily getting big raises — they're pulling off a remote worker arbitrage.

Plus: It's not just individual homeowners. Investors are also flocking to these metro areas, further driving up prices.