EDITOR'S NOTE: New factory orders fell in February; a big drop, the likes of which we haven’t seen in almost a year. Orders for vehicles, car parts, computers, electronics, and appliances all declined. Typically, when factory orders rise, it signals economic growth. But it can also be a sign of inflation. When factory orders fall, on the other hand, it can indicate economic contraction, especially if the demand for goods and services plunges along with it. We’re seeing a contraction in the demand for goods. The “other shoe” is the demand for services. We’re not seeing that yet, as consumer spending on services just hit a seven-year high. For how long, we wonder. As inflation eats away at Americans’ income and purchasing power, how long will it take for this shift from goods to services to scale even further back to staple services from discretionary splurges? 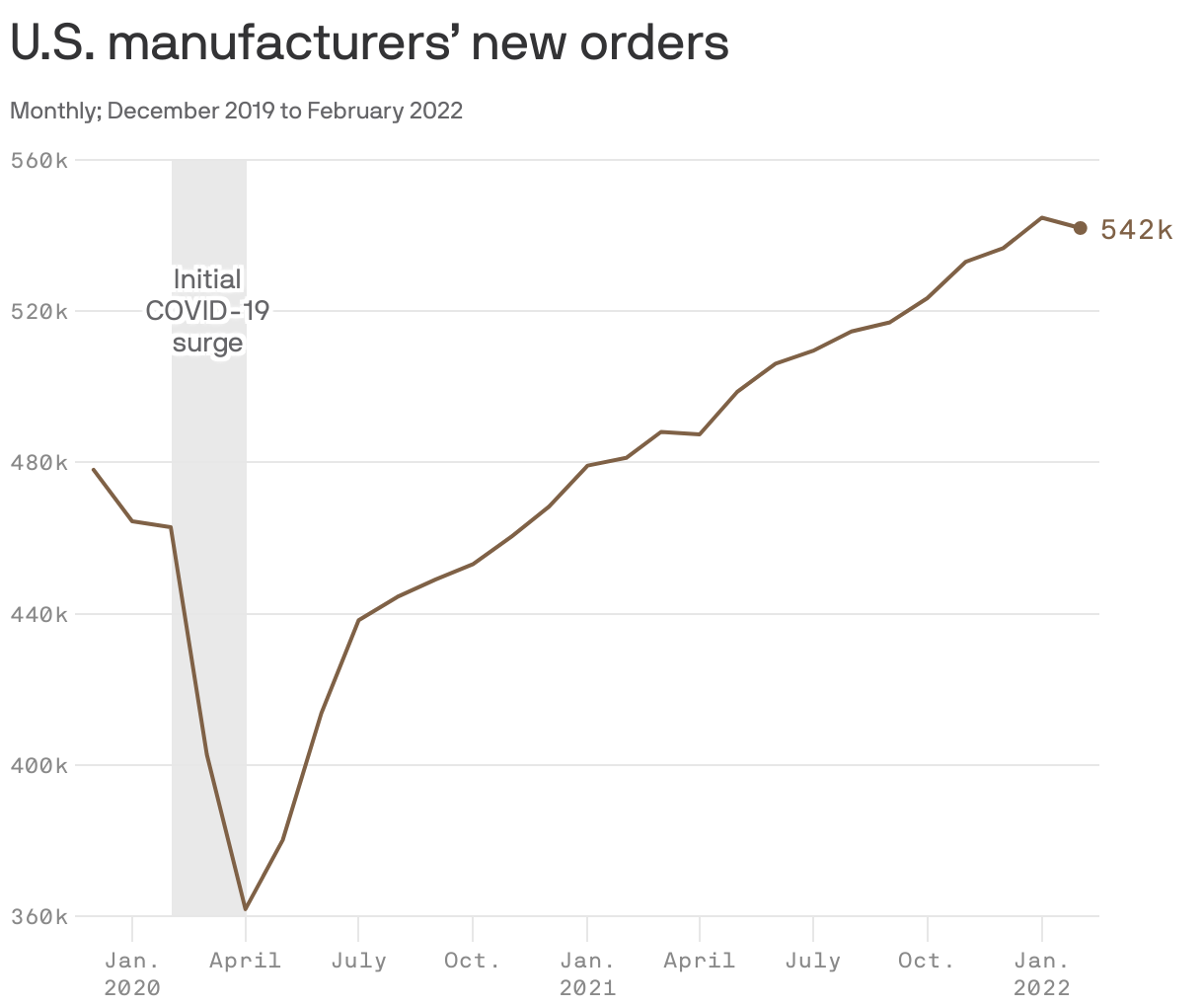 By the numbers: New orders decreased $2.7 billion or 0.5% to $542 billion, the U.S. Census Bureau reported today, in line with expectations.

Of note: Part of the drop could be attributable to consumers shifting spending back to services, following more than two years of pandemic-inducted spending on goods that helped to crash the world's supply chains.