Now Is The Time To Hold Physical Precious Metal 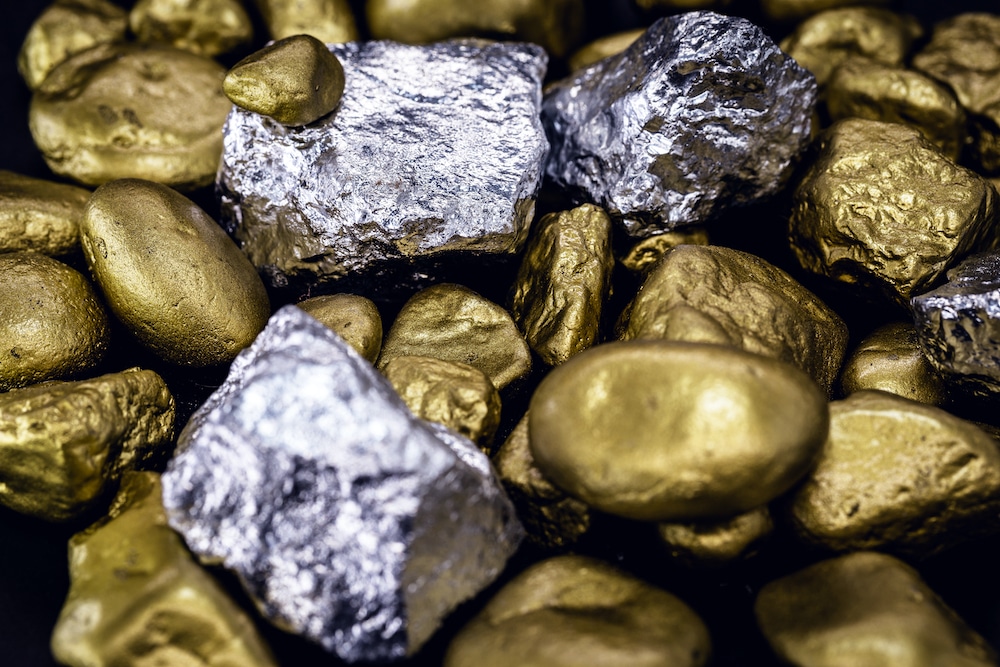 EDITOR'S NOTE: The remarkable nickel short squeeze that we saw this week caught the financial world’s attention, as hardly anyone was expecting it. But it also warns of yet another potentially disastrous condition that most people aren’t suspecting: the “cracks inherent to the digital derivative and fractional reserve pricing scheme” upon which the Bullion Bank operates. This means that any misstep can send all metals—base and precious—moving upward in the same trajectory. The scale of this “repricing” event will likely be global; its effects, catastrophic not only for those caught short, but for those holding “paper” assets linked to unallocated accounts such as ETFs, futures, and other derivatives. This may also have serious ramifications for the global fiat system, especially if Russia, China, and its allies decide to create an alternate monetary platform based on metals. In short, the only valid monetary metal exposure is physical precious metals. All else, whether paper derivatives or fiat, may be caught “short” of its value, according to the article below. In short: “there will be a run on physical precious metal, and those who hold it nearby will be determined to be the actual owner.”

To paraphrase Lenin, decades will go by with not much happening and then a decade's worth of change will happen in a matter of weeks. Well, here we are.

It was just last week that we wrote about COMEX precious metal prices breaking out. But this is more than that. We now stand at the precipice of an epochal change in the pricing structure. The recent action in nickel and other base metals have exposed the fraudulent cracks inherent to the digital derivative and fractional reserve pricing scheme, and the world is taking notice.

For the past several years, we've asked you to monitor palladium as it potentially held the key to breaking the London/New York pricing cartel. Could a breakout and short squeeze in this metal lead the investment world to question the fractional reserve and just-in-time delivery methods of the derivative-based pricing scheme employed in all of the metals? With over 40% of global palladium production coming from Russia, this is still a very real possibility, so here are just two links for you to review:

•The Magic Palladium Bullet in 2020

But the focus today is nickel. By now you've heard of the extreme price move and short squeeze that has occurred over the past few days. If not, here's a chart that will catch your eye: 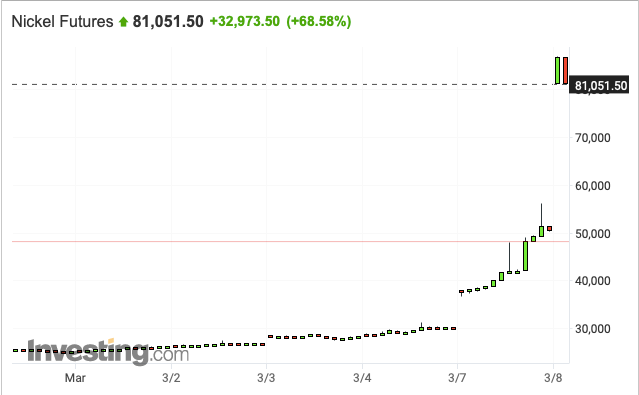 And you should be sure to note that, as I type this on Tuesday morning, the price is locked limit up and nickel is currently not trading at all.

But here's the thing, the London Metals Exchange (LME) is where the price is currently locked. This exchange has been openly in backwardation (demonstrating short supply) in six base metals— including nickel—for the past few weeks, and now they are attempting to change the trading rules in order to forestall a complete collapse of their pricing scheme.

Looking to invest in physical silver? Check out our collection of silver bars and coins here.

Earlier today, the LME announced that all trading was being halted in nickel and that even some legally-processed trades were being cancelled. Cancelled! The exchange is also "giving consideration to a possible multi-day closure". See the official notice below: 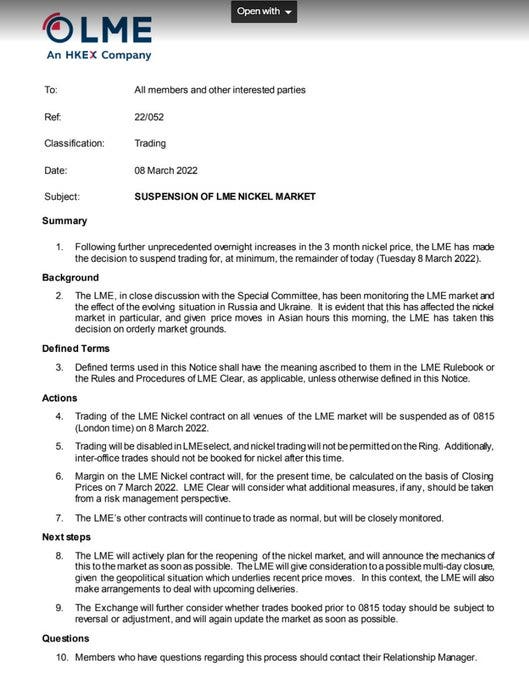 If this doesn't work to calm things, and if the other base metals soon trade into a similar situation, the LME will face an extinction-level event. While this will be catastrophic to anyone short and any party needing short-term delivery of the physical metal, this event—should it play out—also has the potential to FINALLY break the Bullion Bank fractional reserve and digital delivery pricing scheme in gold and silver, too.

Because as we may already be seeing, once the global investment community figures out that it's all a scam—that there are as many as 100 digital/pretend ounces for every physical ounce backing the pricing scheme—confidence will rapidly collapse. There will be a run on physical precious metal, and only those who hold it nearby will be determined to be the actual owner.

Those with ETFs, unallocated accounts, futures contracts, and the like will all be left holding the bag. Don't let that be you!

These are truly unprecedented times, and as Lenin said, decades of history are taking place in a matter of weeks. The U.S. and EU are working to isolate Russia by excluding them from the SWIFT international payments system. Russia will soon turn to China and others to market their resources and then establish new monetary platforms for the trade. Western fiat currency values will accelerate their decline, and the removal of Russia's base and precious metal supply from the current pricing scheme will likely bring its collapse.

We've warned about these eventualities for over a decade, but NOW is the time to finally prepare fully for these events.