EDITOR'S NOTE: Oil futures in both the U.S. and globally, declined for the sixth-straight week last week, making the longest downward streak in three years. This is despite the fact that OPEC+ announced that they would increase production by 400,000 barrels in January and stay ready to adjust production as needed to better meet global needs. In other words, as oil expert Phil Flynn put it, OPEC+ “seemed to be saying that they are not afraid of your omicron variant.” In response to all this data Brent oil, a major global benchmark is “flirting with giving up the bull trend that has served as support throughout all of the major selloffs throughout 2021.” 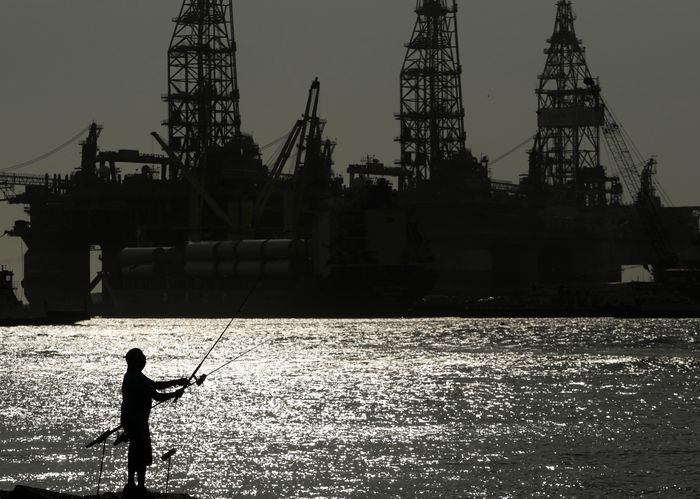 Oil futures ended on a mixed note Friday, but both the U.S. and global benchmarks suffered their sixth weekly decline in a row — the longest streak of declines in three years — as the emergence of the omicron variant of the coronavirus threatened the outlook for energy demand.

Natural-gas futures, meanwhile, moved up for the session but suffered a nearly 25% drop for the week as forecasts for milder U.S. weather dulled prospects for heating demand.

Crude-oil prices fell Friday, but settled above their intraday lows from Thursday, “after testing major technical support levels that have held throughout the past year,” Troy Vincent, market analyst at DTN, told MarketWatch. This short term bounce “should not be taken as a sign the near-term bottom is truly in.”

Brent oil is “flirting with giving up the bull trend that has served as support throughout all of the major selloffs throughout 2021,” Vincent said. “Moving into early next week, a close below $69 would open the door for a swift move to $65 and ultimately risk a move back to the $50s.”

For the week, WTI lost 2.8% and Brent fell 2.4%, based on the front months, according to Dow Jones Market Data. WTI and Brent futures have now posted six consecutive declines, the longest weekly losing streak since November 2018.

The move for oil prices follows Thursday’s decision by the Organization of the Petroleum Exporting Countries and its allies, together known as OPEC+, to rollover a current production policy and raise monthly overall output by 400,000 barrels per day in January.

The group of major oil producers also said its meeting would remain “in session,” essentially leaving the door open to make immediate adjustments to output based on market developments.

By deciding to go ahead with the gradual production increase, OPEC+ “seemed to be saying that they are not afraid of your omicron variant,” said Phil Flynn, senior market analyst at The Price Futures Group.

“The move caught traders by surprise and after the initial sell-off, traders realized that if OPEC was raising production, they must not be too concerned that oil prices could fall any further, and probably cemented the bottom in a market that has been fixated with concerns about the omicron variant,” Flynn said in a daily report.

While OPEC+ will be “watching developments closely and could reconvene at any time to begin to renegotiate the deal, this just speaks to the current uncertainty in the market when it comes to the ultimate impact the omicron variant will have on demand,” said DTN’s Vincent. “It’s simply too early to tell.”

Meanwhile, a recent report that Saudi Arabia, the world’s largest producer of oil and the de facto head of OPEC, may raise prices for Asia in January for its Arab Light crude, also has lifted bullishness within the crude complex that demand for oil remains healthy.

Still, worries about the near-term demand, in the face of the new variant is expected to continue to weigh on markets as traders eye prospects for economic activity and oil demand.

Oil added to gains after data showed the U.S. created a fewer-than-forecast 210,000 new jobs in November, highlighting the fact that labor shortages remain a drag on the economic recovery. The U.S. jobless rate, however, fell to 4.2% from 4.6% and touched a new pandemic low.

“In a market where weather trumps all, natural gas prices in the U.S. have tumbled lower this week, as weather forecasts have continued to emphasize a warming pattern developing across the U.S. moving into mid-December,” Vincent said.

“This is particularly important given that moving into winter, the hope for a below-normal average temperature development this winter — and therefore larger storage withdrawals — was heavily dependent on a colder-than-normal December outlook, which is not what we have seen develop,” he said. “This bearish weather development comes alongside rising domestic production.”