EDITOR'S NOTE: First reported by Steve Camarota at RealClear Politics, “The budget reconciliation package pushed by Democrats creates a new expanded child tax credit (CTC) that would pay illegal immigrants some $10.5 billion next year. All immigrants with children are eligible, regardless of how they got here and whether their children are U.S.-born.” If passed, the bill would significantly increase the maximum cash payment. What is now $1,400 per child under 6 would jump to $3,600 for young ones and $3,000 for kids between 6 and 17. This $10.5 billion number is even higher than the $8.2 billion estimated by Zero Hedge in October. Zero Hedge also estimates that approximately $2.3 billion of the $10.5 billion will go directly, in the form of cash payments, to parents who are illegally in the U.S. Zero Hedge sums up what they believe the issue with this by writing, “These payments represent an enormous inducement to illegal immigration. … To be sure, most illegal immigrants who come to America do in fact work. But the welfare benefits we give to them certainly incentivizes even more illegal immigration.”

The budget reconciliation package pushed by Democrats creates a new expanded child tax credit (CTC) that would pay illegal immigrants some $10.5 billion next year. All immigrants with children are eligible, regardless of how they got here and whether their children are U.S.-born.

This includes the roughly 600,000 unaccompanied minors and persons in family units stopped at the border in FY2021 and released into the country pending a hearing. 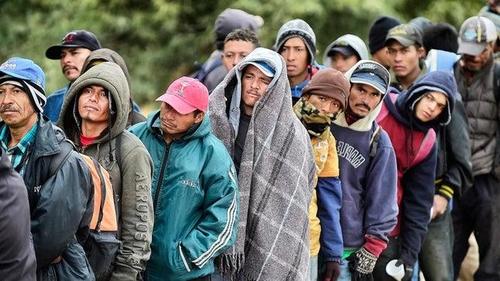 Although it is referred to as a “refundable credit,” the new CTC, like the old additional child tax credit (ACTC) it replaces, pays cash to low-income families who do not pay any federal income tax. The new program significantly increases the maximum cash payment from $1,400 per child to $3,600 for children under 6, and to $3,000 for children ages 6 to 17. After 2022, the maximum payment would be $2,000 per child, but advocates hope the much larger payments will be extended.

In an analysis conducted in October, my colleague Karen Zeigler and I estimated that illegal immigrants with U.S.-born children would receive $8.2 billion from the new CTC. However, we had assumed that the new program, like the old ACTC, would require children claimed as dependents to have Social Security numbers (SSNs).  But reconciliation (page 1452, line 14) would permanently repeal this requirement.

If the reconciliation bill is passed, we now estimate illegal immigrants whose children are also illegally in the country will receive $2.3 billion from the new CTC, for a total of $10.5 billion in cash payments to illegal immigrant parents. This includes illegal migrants here in 2020 and those stopped and then released into the country in 2021.  These payments are not related to the huge cash settlements the administration is planning to pay illegal immigrant families separated at the border during the Trump administration.

Receipt of payments under the new CTC would be all the easier because reconciliation also eliminates the work requirement of the old ACTC for next year. In the past, some illegal immigrants who worked off the books sometimes had trouble demonstrating employment income. Dropping the work requirement makes it even simpler for them to receive payments.

These payments represent an enormous inducement to illegal immigration. We estimate that 78% of illegal immigrants with children have income low enough to receive cash payments averaging $5,300 per family, or about $2,600 per child next year. To place these numbers in perspective, the median income in the current top illegal immigrant-sending countries of Honduras, Guatemala, and El Salvador is $3,000 to $4,000 a year. The cash payment we are offering to virtually anyone who arrives with a child, whether they work in the United States or not, is roughly equal to — or in some cases exceeds — what migrants could earn in their home countries in one year.

In addition to creating large costs for taxpayers and encouraging illegal immigration, the elimination of the SSN requirement would seem to be an invitation to fraud, as tax filers now simply need to provide a name and date of birth for a child. The only other requirement is that they check a box on their returns indicating they lived in the United States for half a year, though there is no enforcement mechanism for this provision. Partly in response to a 2011 report from the Inspector General for Tax Administration showing that illegal immigrants made extensive use of tax credits, Congress included provisions in both the 2015 PATH Act and the 2017 Tax Cuts and Jobs Act designed to restrict illegal immigrant receipt of such programs. This included the requirement that the qualifying child have an SSN. The budget reconciliation effectively undoes those changes.

To be sure, most illegal immigrants who come to America do in fact work. But the welfare benefits we give to them certainly incentivizes even more illegal immigration. The list of things we have failed to do to enforce our immigration laws is so long that it can’t even be summarized here. But if we want to understand why a record 1.7 million people were apprehended at the border in FY 2021, we need to look no further than the large cash payments the House plans to give illegal immigrants.