EDITOR'S NOTE: During the last two financial crises — in 2008 and 2020 — investors have caused major issues by rapidly pulling out of certain money market mutual funds. Now, the Securities Exchanges Commission (SEC) is trying to create new regulations that will make this less likely. However, in the SEC’s effort “to make the most-vulnerable subset of money-market funds less susceptible to runs by their investors,” with measures such as swing pricing, some financial companies “have warned could destroy swaths of the industry,” according to the Wall Street Journal. The outlet explains, “Money markets are typically used by corporate treasurers, pension funds, and millions of individual investors as a safe place to park cash and earn a higher return than they could obtain in a bank account. That provides companies with liquidity for short-term loans, called commercial paper, to cover immediate expenses including payrolls.” These markets aren’t regulated like banks, so they are susceptible to crippling runs, like what happened to Lehman Brothers in 2008. SEC Chairman Gary Gensler says about the new rules, “the goal is to protect investors who remain in the fund from dilution by investors who redeem their shares.” 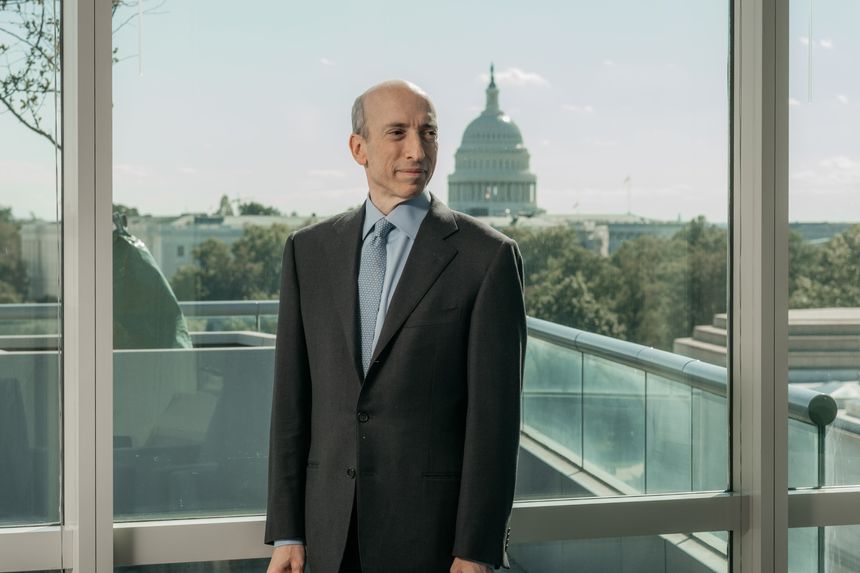 WASHINGTON—Wall Street regulators are set Wednesday to propose requirements for some money-market mutual funds to diminish investors’ tendency to flee the instruments during financial crises.

Such rules would aim to prevent episodes like the ones that occurred during the past two recessions, in 2007-09 and 2020. The Federal Reserve backstopped the funds after they were hit with a surge of redemption requests that caused credit markets to seize up.

The Securities and Exchange Commission plans to offer changes to make the most-vulnerable subset of money-market funds less susceptible to runs by their investors. The changes would include a measure called swing pricing that firms including BlackRock Inc. and Federated Hermes Inc. have warned could destroy swaths of the industry.

“This is about resiliency,” SEC Chairman Gary Gensler said, adding that Americans have roughly $5 trillion invested in money markets. Noting there were previous attempts by regulators to address the issue, “we found again in 2020 some instability…with the dash for cash.”

The SEC’s five commissioners are set to vote on the proposal in a meeting scheduled to begin at 10 a.m. Eastern time. If most support issuing it, the agency will seek public comments and have another vote to make the rule final, potentially next year.

Money markets are typically used by corporate treasurers, pension funds and millions of individual investors as a safe place to park cash and earn a higher return than they could obtain in a bank account. That provides companies with liquidity for short-term loans, called commercial paper, to cover immediate expenses including payrolls.

Money-market funds aren’t regulated like banks, which must meet minimum capital requirements and offer deposit insurance. That makes the funds more susceptible to runs when markets are under severe stress, creating a risk to financial stability, according to regulators.

Panic erupted in 2008, when the roughly $62 billion Reserve Primary Fund, which held some commercial paper issued by the bankrupt investment bank Lehman Brothers, “broke the buck” as its share price fell below $1. In 2020, the Fed acted to backstop the sector as part of an effort to calm a similar bout of turmoil sparked by the emerging Covid-19 pandemic.

Money-market funds hold a mix of assets, including cash, Treasury securities, commercial paper and certificates of deposit. Under current rules, they typically sell their most-liquid holdings to meet redemption requests from investors. When markets are under pressure and investors want cash, the funds can be left holding a higher ratio of less-liquid assets just as the value of those assets is falling. Current pricing of money-market fund shares don’t reflect such costs, giving an advantage—and an incentive—to the first investors who redeem their shares.

One way the SEC proposes to fix the problem is by requiring some money-market funds to adopt policies and procedures to adjust their share prices by a “swing factor” on days when they have net redemptions. The factor would be determined by transaction costs and the market impact of selling a representative slice of the fund’s portfolio, rather than just the most-liquid assets.

“This is trying to align, in high-stress periods, the redemption price to the underlying value,” he said.

Asset managers say that updating a fund’s share price several times a day to account for redemption activity would be difficult or impossible. The opportunity to withdraw cash throughout the day is one of the reasons that institutional investors like money-market funds, and the industry and its lobbyists have characterized swing pricing as potentially catastrophic.

Other elements of the SEC’s proposal include increasing the share of money-market funds’ assets that are either cash equivalents or mature within one day to 25% from 10% and the share maturing in a week to 50% from 30%.

The agency is also proposing to scrap rules it implemented after the 2008 crisis that allowed money-market funds to impose fees or temporarily suspend redemptions when liquidity started to dry up. While the objective of that change was to reduce the funds’ susceptibility to runs, regulators and money managers now believe it simply encouraged investors to flee the funds when weekly-liquid assets approached the 30% level in March 2020.

The mutual-fund industry is a powerful lobby in Washington, and it has successfully derailed previous attempts by federal regulators to implement swing pricing or other aggressive rule changes to shore up money markets.

Disagreement between the SEC, which regulates money-market funds, and the Fed, which has had to support them during financial crises, spilled into public view in the early 2010s. After March 2020, when markets swooned during the spreading Covid-19 pandemic, policy makers largely concurred that more work needed to be done.

Write to Paul Kiernan at paul.kiernan@wsj.com