EDITOR'S NOTE: It appears that the work-from-home (WFH) trend may become a permanent fixture in the American labor landscape. While people are getting back to work, shifting the labor market into a slow and steady recovery, fewer workers are willing to re-enter the physical workspace. The issue with WFH is that it may begin causing serious problems in the commercial real estate sector. What of the mortgages for offices that remain only partially occupied? Missed mortgage payments are reaching a point last seen during the 2008 financial crisis. And in a recent study cited below, office vacancy rates are rising nationwide, not falling. So, might this signal a looming collapse in the office real estate market? Not quite yet. Read on for more details. 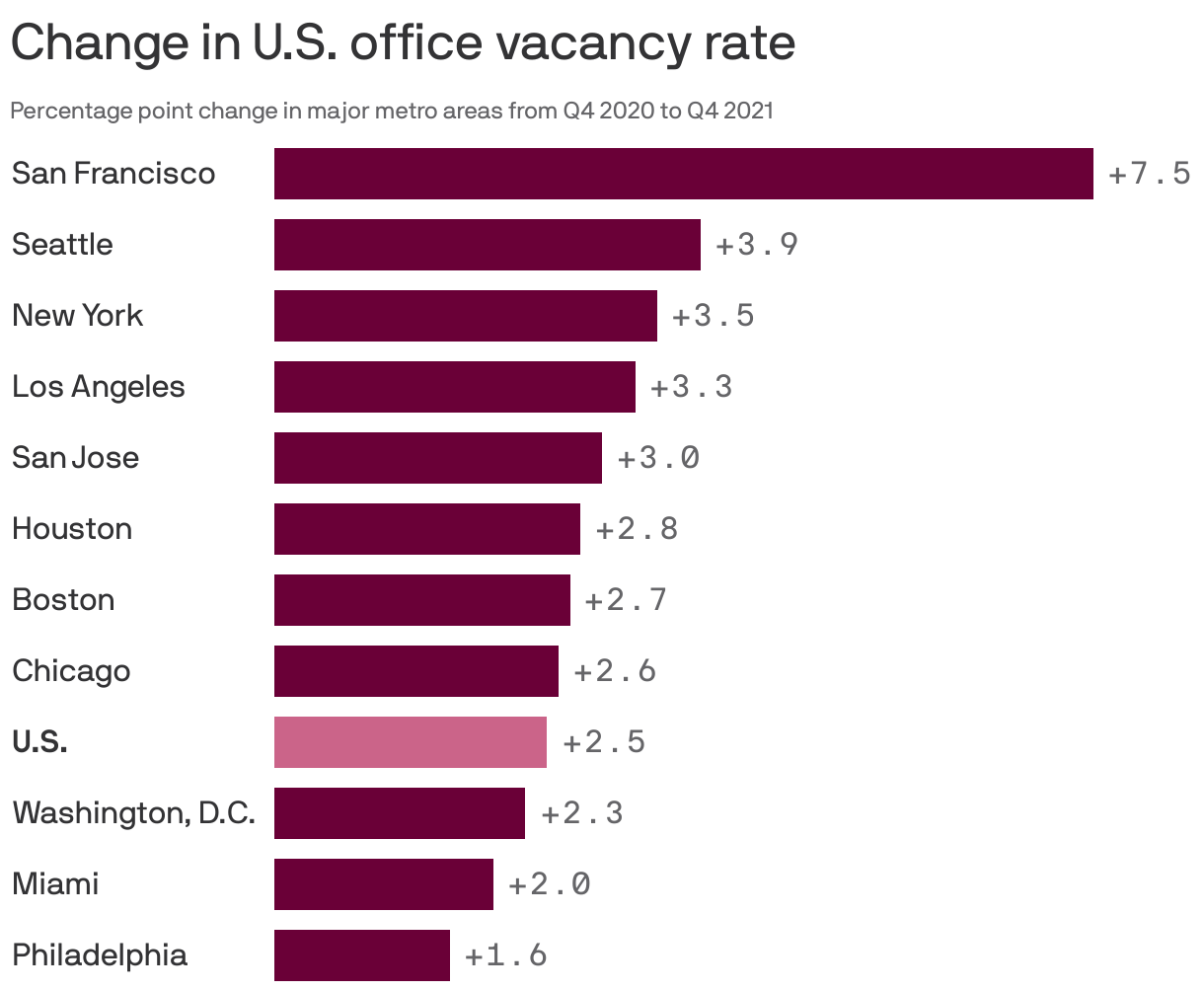 More than two years after COVID-19 upended the world of work, signs of a slow-motion crackup in office real estate are emerging, Matt writes.

Why it matters: Fresh commercial real estate data suggest that working from home (WFH) is becoming a permanent feature of the American economy, a development that has major implications for everything from housing prices to transportation policy to municipal finance.

State of play: Vacancy rates continue to climb in major markets across the country, and signs of distress in loans backed by office buildings appear to be growing.

The big picture: Loads of people who started WFH during the pandemic aren't going back.

The bottom line: The office real estate market isn't going to collapse overnight, as leases on commercial office space often lock tenants in for as long as 10 years.