EDITOR'S NOTE: You’re about to read something fascinating and unique (at least from our perspective). It’s an engaging argument from the other side of the economic and political fence. It’s a “reading” of the Sri Lankan government’s declaration of bankruptcy but from the side of our economic opponents. “We have lost the ability to repay foreign debt. It has come to a point that making debt payments are challenging and impossible,” say’s the country’s central bank. The author’s interpretation of this announcement is worth your attention. As capitalists, we may disagree with their political sentiments, but their  problems aren’t all that different from ours: a government funding its programs at the expense of the working class; a bailout of its corporate elite and lenders by way of wealth transfer from the “have-nots” to the “haves.” We agree with the author in that the people of Sri Lanka were in no way responsible for the economic crisis that they now must absorb; a crisis that’s guaranteed to deepen their poverty. We disagree with the socialist solution, but how can we not empathize with the frustration of a reckless government ravaging a country’s finances and then forcing households to foot the bill? We have a similar mountain to climb. It goes without saying that we just have to travel a different path.

The Sri Lankan government announced a “temporary” debt default from April 12, which is unprecedented in the country’s history. This announcement marks a new stage of the economic and political crisis in Sri Lanka.

At a media briefing on April 12, Central Bank Governor Nandalal Weerasinghe said: “We have lost the ability to repay foreign debt. It has come to a point that making debt payments are challenging and impossible.” Finance Ministry Secretary Mahinda Siriwardena declared that a “comprehensive restructuring of these (debt) obligations will be required.”

The announcement came while hundreds of thousands have been demonstrating in Colombo and throughout the country for more than a week demanding that President Gotabhaya Rajapakse and his government resign immediately. These protests have attracted wide support amid unbearable price rises and scarcities of essentials such as fuel, medicines, cooking gas, electricity and necessary food items.

The Sri Lankan economy has been hit hard—first by the pandemic and then the US-NATO conflict with Russia in Ukraine—leaving the country desperately short of foreign currency needed to pay for imports. In March, foreign reserves dropped to less than $US2 billion. The country has about $35 billion in foreign debt with $6 billion in repayments due during the rest of the year and a huge $25 billion by 2026.

The country’s banking sector has been adversely affected by the default, with international rating agencies, such as Fitch, already putting Sri Lanka’s state and private banks on watch for a downgrade.

The announcement of a temporary default on foreign loans is not a repudiation of foreign debt. The government has assured all creditors that debt repayments will be made, with interest for the delay period. It further guaranteed that debt “restructuring proposals can be presented to the creditors for their consideration,” and they will be consistent with International Monetary Fund (IMF) recommendations.

Almost half of the country’s foreign debts are commercial borrowings, while others include loans from the World Bank, Asian Development Bank, China, Japan and India. The government is also promising “good faith” discussions with the countries that have lent money.

The IMF issued its assessment of the country at the end of last month, along with a draconian austerity program. It included raising income and value added taxes; increasing fuel prices and electricity rates; instituting a market-determined flexible exchange rate; the commercialisation and privatisation of state-owned enterprises; deep inroads into state expenditure; and the further slashing of price controls and subsidies.

The IMF will impose even harsher conditions in discussions for an emergency bailout package with the Sri Lankan delegation led by Finance Minister Ali Sabry, which is due to leave on April 18. The package is to assure creditors and rescue Sri Lanka’s corporate and financial elites by imposing new burdens on working people. 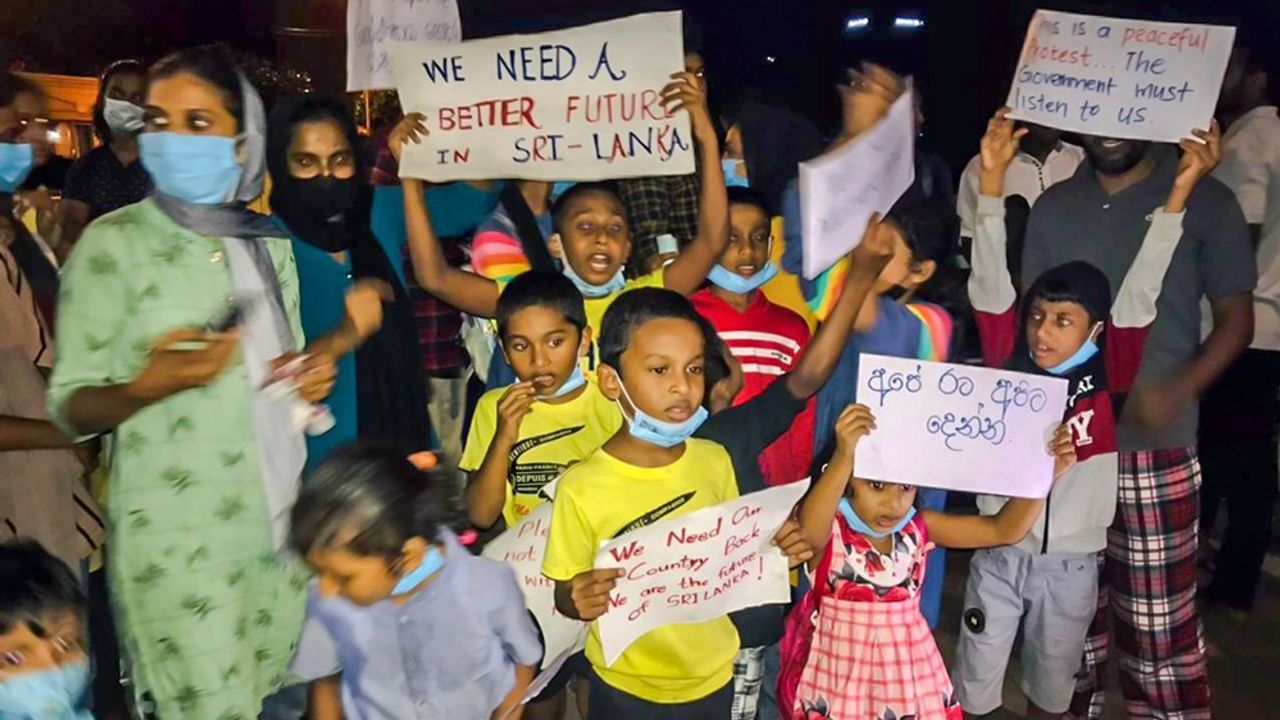 While Sri Lanka’s economy is bankrupt, the timing of the announcement is a political decision aimed at pressuring the population into accepting the IMF’s terms. The government will claim it had no choice and that people have to swallow the bitter pill. All the parties—government and opposition alike—along with the trade unions will call on working people “to be patient” to allow the economy to turn around.

What is being prepared is social devastation in Sri Lanka on an unprecedented scale. When Greece declared bankruptcy in 2015, the “troika” of the EU Commission, the European Central Bank and the IMF dictated brutal terms that were imposed by the pseudo-left Syriza regime and had devastating consequences for the working class.

These included massive job destruction in the state sector, deep cuts to wages and pensions, a large hike in the Value Added Tax that slashed workers’ buying power, and the privatisation of energy, port and transport infrastructure. Large sections of the population were reduced to poverty in a matter of months.

Like the working class in Greece, Sri Lankan workers are not responsible for this crisis. Nor should they accept the burdens that the IMF, the government and the ruling class as a whole will try to impose. Why should hunger and starvation stalk the island to pay off the banks and protect the profits of the wealthy few?

The huge levels of debt can be traced to the reactionary communal war prosecuted by successive Colombo governments not only to defeat the separatist Liberation Tigers of Tamil Eelam but to crush any opposition by Tamils to blatant communal discrimination. Money was repeatedly borrowed to buy arms and to expand the military into one of the largest per capita in Asia.

Following the brutal end of the war in 2009, the government of then-President Mahinda Rajapakse maintained the huge military and its occupation of the island’s North and East. The regime borrowed money hand over fist for a massive infrastructure upgrade in a bid to transform Colombo into a financial and commercial hub for South Asia. Local and foreign investors were handed substantial tax breaks, and businessmen and politicians cashed in, including through fraud and corruption, while more than 60,000 shanty dwellers were evicted from their homes.

In a nationally televised address on Monday, Mahinda Rajajpakse, currently the prime minister, cynically tried to pin the blame for the economic crisis on the protest movement, declaring that with every second of protests on the street, “our country loses opportunities to receive potential dollars.” He denounced the protests as a “threat to democracy,” and, in a thinly veiled threat, recalled how previous governments had used the military and death squads to crush opposition in the past.

The Socialist Equality Party (SEP) has outlined a socialist program of action for the working class to defend its class interests. It is calling on the working class to build action committees in every workplace and neighbourhood, independent of the trade unions and all capitalist parties, to mobilise the industrial and political strength of the working class.

This will provide the means to rally the rural poor and oppressed in the fight for the abolition of the autocratic executive presidency, the repeal of all repressive laws and the defence of the social rights of working people.

The SEP has outlined a series of policies, including the repudiation of the foreign debt. The working class has not incurred this debt and must not be forced to pay for it through the destruction of its jobs and living standards.

The government has declared bankruptcy, but the wealthy elite, big business and financial speculators have resources. The SEP calls for the seizure of the wealth of the billionaires and the nationalisation of the banks and major corporations, under the democratic control of the working class, to ensure the social needs of the majority are met.

The fight for such demands inexorably leads to the struggle of the working class for power and the establishment of a workers’ and peasants’ government to implement socialist policies, as part of the fight for socialism internationally. Only in this way can the current economic and social crisis be resolved in the interests of working people, not those of the wealthy few.