Stagflation: Paradise For Gold And Silver?

EDITOR NOTE: Since the Fed began its massive and reckless QE experimentation in 2008, multiple alarms began to sound. First, it was inflation.  As inflation showed signs of relative stability (below the Fed’s 2% target), sound money advocates began talking about potential “deflation.” We don’t know which direction the economy may go, but one thing to think about, particularly in the current scenario, is the possibility of a stagflationary environment, where prices keep rising amid high unemployment. A brutal cycle, we haven’t seen it since the late 1970s. Are we about to face it again? And if so, what does it mean for gold and silver investors?

The creators of Medicare, Social Security, and other long-term spending programs had a handle on demographics - or at least on the political realities of the time - so they structured those programs to initially take in more money than they needed in order to build up "trust funds" to cover the eventual retirement of the massive Baby Boomer generation.

The alternative to trust-fund entitlements is "pay as you go," which makes such programs nice and cheap in the beginning and vastly more expensive later on. This prospect used to be considered political poison, so trust funds became the conventional wisdom.

But those days are apparently over. The most recent Congressional Budget Office projections show the Highway Trust Fund running out in 2021 and the much bigger Medicare Trust Fund emptying in 2023. Social Security is projected to run out by 2030, but since those numbers were run before the pandemic slashed payments into the system, it's safe to assume that Social Security's trust fund evaporates circa 2027.

What happens when the various trust funds run out? The costs of these programs morph from "accounting issue" to "cash flow issue." Taxes and/or deficits will rise dramatically as boomers move through their 70s and 80s, racking up massive medical bills along the way.

For a sense of just how big this change will be, here are a few fun facts: 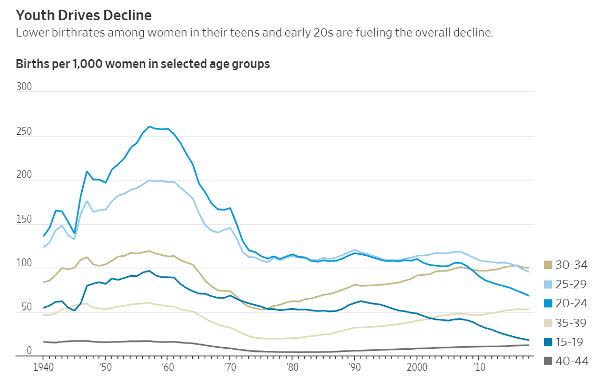 An optimist might note that all this new entitlement spending will at least be simulative. But even that might not be true this time. The following chart, snagged from a recent Katusa Research article, shows that the velocity of money - the rate at which an existing dollar changes hands via spending - has been plunging lately (from an already historically-low level). So the past few years' massive deficits and Federal Reserve currency printing have done nothing for spending. 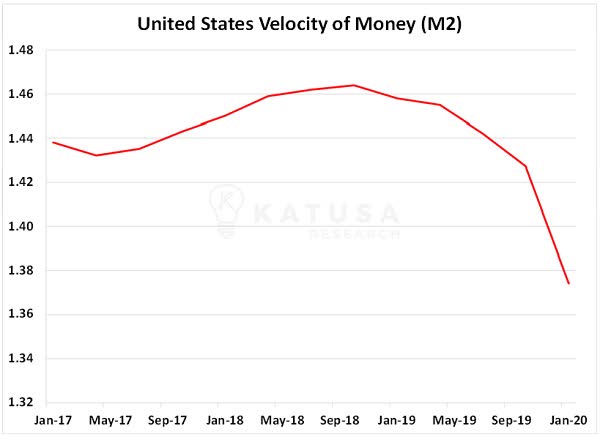 The coming world of monetary inflation and sluggish growth has a name: stagflation. And based on America's last experience with it in the 1970s, it's a hard time to feed a family, but a spectacular time to own gold and silver. This is what silver did back then. 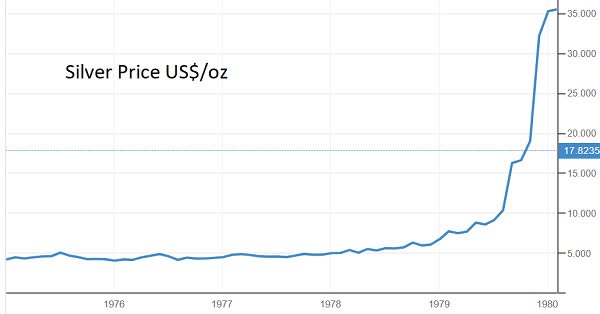 We're already in the early stages of a precious metals bull market. Here's another Katusa chart showing how gold is crushing stocks so far in 2020. 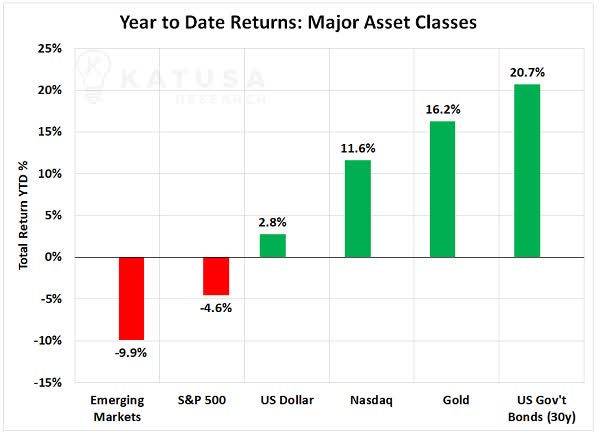 So if we can't stop the massive deficits and rampant currency creation, we might as well embrace the resulting stagflation and keep stacking.