EDITOR'S NOTE: As central banks ease up on the optimistic view of where the U.S. and the global economies are heading, prices for gold are on the rise, according to Forex Live. This shift in narrative led to an “impressive rebound” in gold prices last week, which went from $1,760 to $1,813 an ounce. If gold can get to $1,834 this week, that would be a huge development that would “challenge the long-term downtrend” of gold and could mean big things for the price in the near future. This price news, combined with the fact that “we're about to embark on a strong seasonal period for gold,” may mean now is a great time to buy non-Fungible gold.

Central banks pulling back from hawkish talk has been a tailwind for gold in the back half of this week. That's led to an impressive rebound from $1760 to $1813. At today's high of $1815, gold traded at the best levels since September 6. 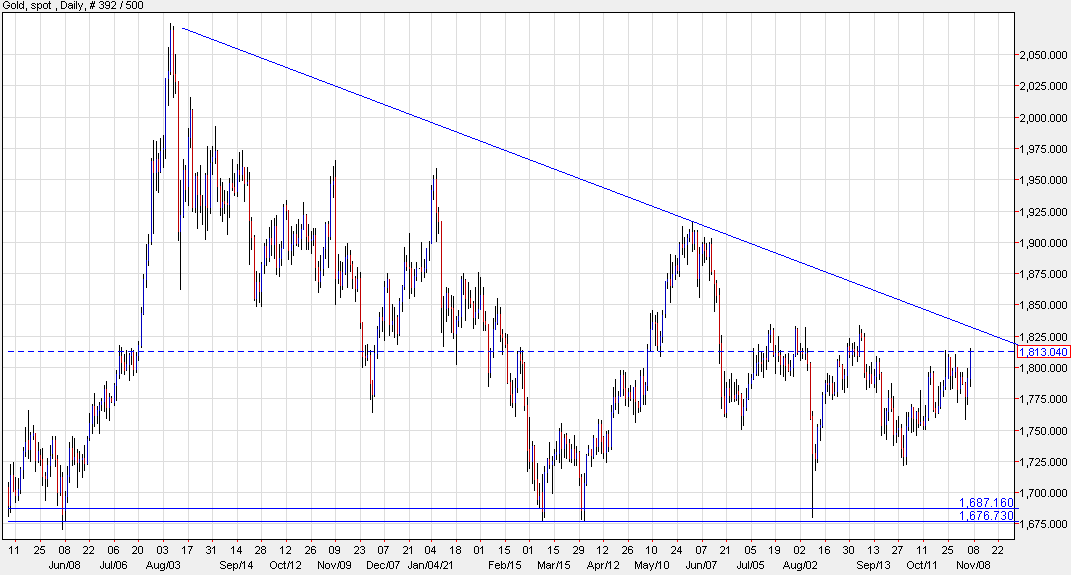 Photo: Forexlive
The gold chart is a fascinating one. It's been in a long period of consolidation with a triple bottom at $1675 and a series of lower highs. With the rally today, that series of lower highs is being threatened but it will take a move above $1834 to confirm it.
With a rise to that level, we would also challenge the long-term downtrend.
Finally, we're about to embark on a strong seasonal period for gold and that should also be a tailwind.
I'll be keeping a close eye on precious metals in the week ahead.
Originally posted on Forexlive.