EDITOR'S NOTE: Last week, we curated an article that delivered mostly bad news for American households trying their best to afford Thanksgiving without breaking the bank. Since Thanksgiving is a day in which Americans should express gratitude, perhaps we should remind ourselves that despite the economic woes that may have deeply affected many households, we should take pause and focus on the few things and opportunities that give us joy and hope. Inflation is hitting many of us hard. But let’s not forget that the CPI inflation rate differs from each American’s “personal inflation rate.” In other words, there are things we can do to get more value while reducing costs without compromising quality. In this spirit, here are a number of Thanksgiving substitutions that can reduce your costs by up to 40%. We wish you a Happy Thanksgiving, and we certainly hope you can find abundance and value in the things you have.

There is an annoying guest at Thanksgiving dinner this year: inflation. The turkey, the stuffing, the cranberry sauce — everything has gotten a lot more expensive. The Farm Bureau puts the total cost of the traditional ingredients at more than $80, an increase of about 40% over 2020.

But inflation doesn't have to win Thanksgiving. Some of NPR's most intrepid business reporters set out on a mission to prove it, by taking on classic Thanksgiving dishes and finding substitutions that cost what those dishes cost in 2020. 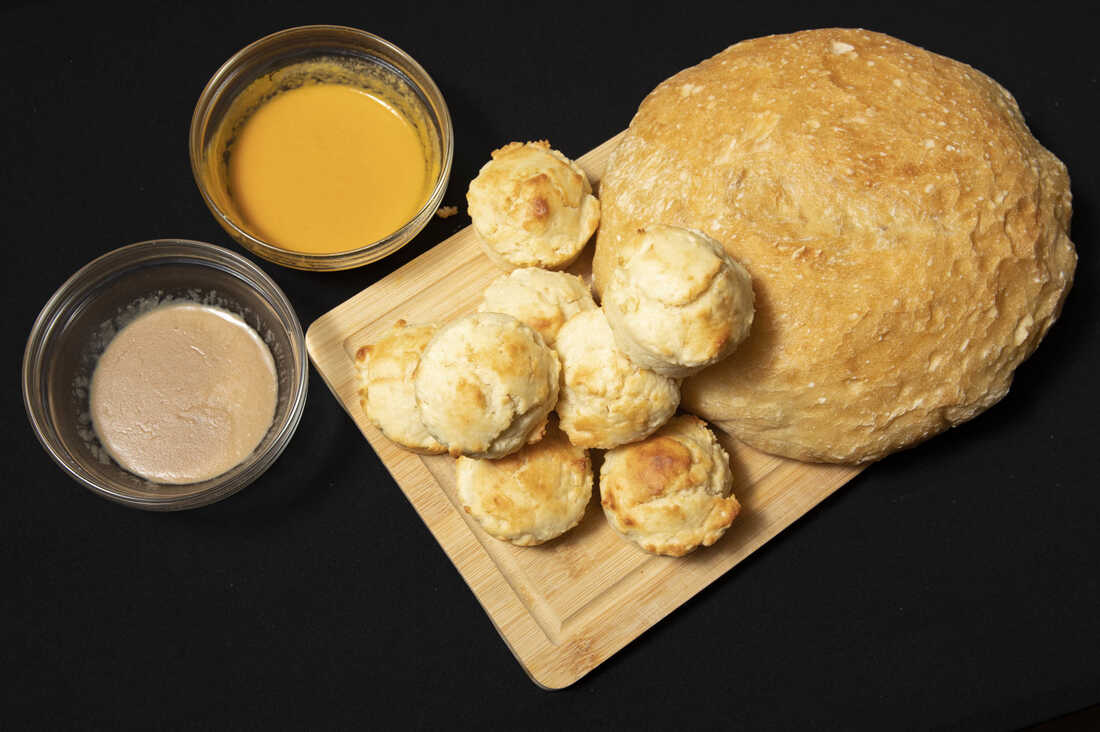 Almost all of the ingredients for rolls are more expensive than last year. Eggs are up 43%, flour is up 25% and butter is up almost 27%.

NPR correspondent and avid baker Alina Selyukh's solution: Take out as many ingredients as possible. Use only flour, water and yeast.

Finding a butter substitute turned out to be the biggest challenge. Margarine prices are up more than 40%. Jelly, jam, and peanut butter prices have all skyrocketed. So Alina went on a hunt in her grocery store and found...baby food.

Baby food prices have risen a lot more slowly than butter or margarine.

Reviews: Alina's three-ingredient bread was a hit. The baby food, not so much. 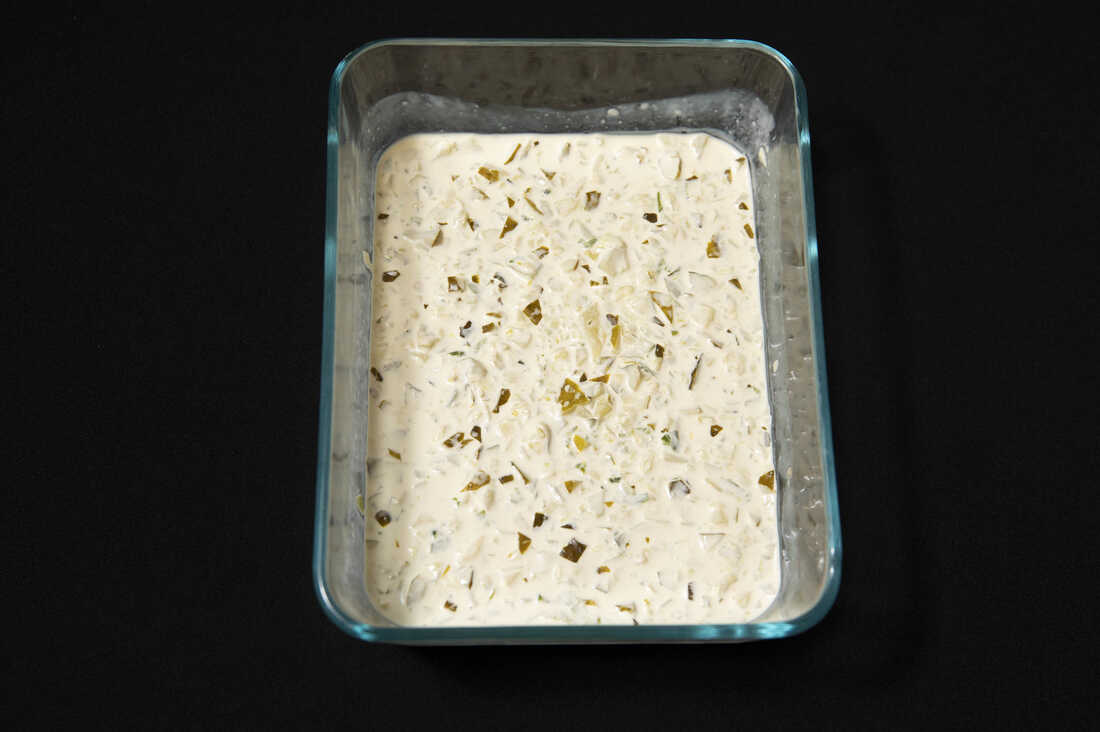 NPR serves it every year in the cafeteria, where it reportedly always sells out. This might surprise you if you know the ingredients: cranberries, sour cream (price up 22%), onion, horseradish (up more than 40%), sugar (up 10%) and lemon juice.

Business editor Uri Berliner called up Stamberg to ask about tweaking her famous recipe in light of the cost.

Undeterred, Uri searched for a tangy, tart, cranberry-less replacement. He found his answer on a Canadian cooking website: "Secret Sauce."

The ingredients: mayonnaise, scallions, garlic, pickles and a little bit of honey.

Reviews: It took several minutes for anyone to work up the courage to try Uri's secret sauce. But it was a hit. NPR Correspondent Scott Horsley had three helpings. 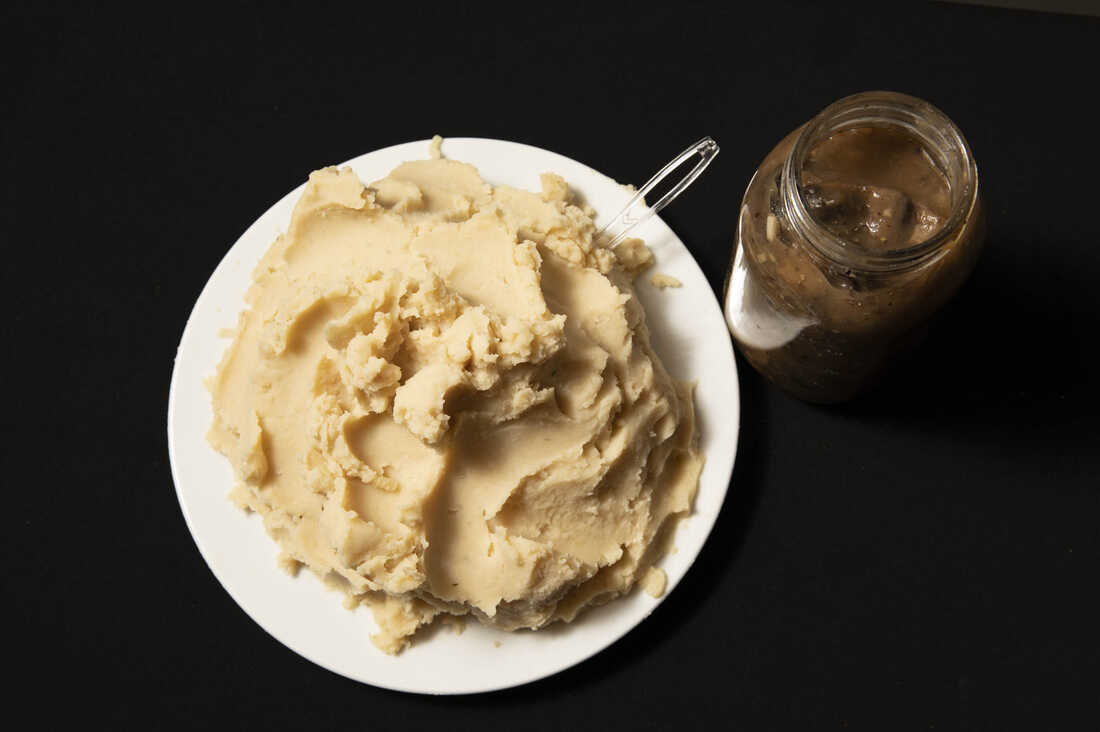 The price of Russet potatoes is up more than 20% and the price of the milk needed to whip into the potatoes, up 16%.

Camila topped her mashed beans with a homemade mushroom gravy, since mushrooms have not risen in price as much as most other foods.

Reviews: "With the gravy, you can almost talk yourself into it," said Uri. 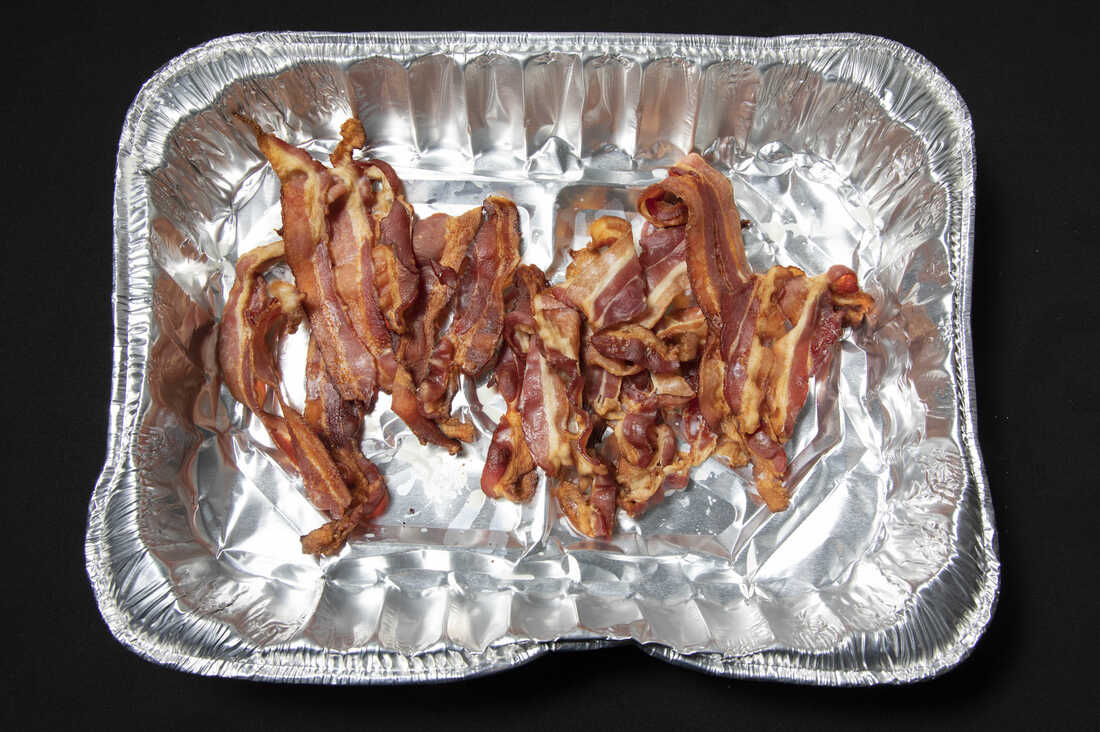 Turkey is by far the most expensive thing on the table. Turkey prices have risen about 50% in the last two years, largely because of production slowdowns and an outbreak of avian flu. On average, a 16-pound bird will run you $28.96 and stuffing (prices are up about 70%) will run you $3.88.

NPR Global Economics Correspondent Stacey Vanek Smith decided she would stick with meat for the main dish (many vegetarian options are cheaper), even though that's not easy. Meat prices have risen significantly across the board: Beef, chicken, fish and even Spam are all pricey. So Stacey opted for pork. Specifically: bacon.

Stacey's local grocery store was selling family packs of bacon for just $4 apiece. And, of course, a little bacon goes a long way.

Instead of stuffing, Stacey sliced some tomatoes — a relative bargain that she hoped could be put to use with leftovers to create a new holiday tradition: The Thanksgiving BLT.

Reviews: While everyone agreed the bacon lacked the visual impact of a turkey, people were generally excited about eating bacon. "I think half of America would be ecstatic if there were BLT's instead of turkey," said Uri. 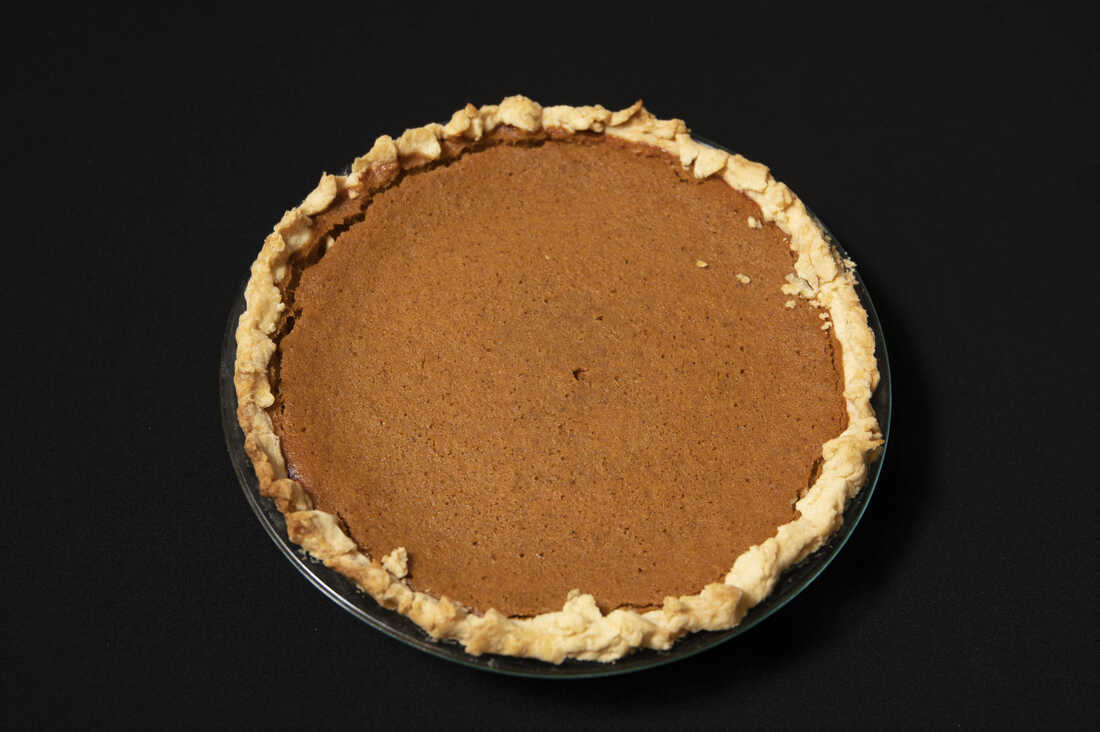 It's not Thanksgiving without pie. But canned pumpkin alone is up 18%. NPR's Scott Horsley found a solution in a recipe from the late Vertamae Smart-Grosvenor, a longtime NPR contributor.

Thanks to a bumper sweet potato crop, prices are low this year. Scott found sweet potatoes on sale for 99 cents a pound at his local market. That's compared to $3.79 for a can of pumpkin pie filling.

Scott admits preparing the sweet potatoes requires more labor than opening a can of pumpkin, but he thinks it's worth it — and not just for the cost savings.

"Unlike pumpkin, sweet potatoes actually bring something to the party," he said.

Would have paid: $3.79
Actually paid: $0.99
Total savings: about 75%
Note: The estimates do not account for spices, homemade pie crust and real whipped cream. Scott is a purist.

When our journalists set out on this journey, their goal was to spend only as much as the average Thanksgiving dinner cost two years ago, or $58.94.

But what about the taste?

By the end of the feast, most of the food was gone and everyone agreed they had eaten too much. Some of the dishes were hits.

"Scott, this is G.D.P.," concluded Camila. "A darn Good Dessert Pie." For an economics reporter, there is no greater compliment than that.