The Fight Over Control of Venezuelan Gold Continues 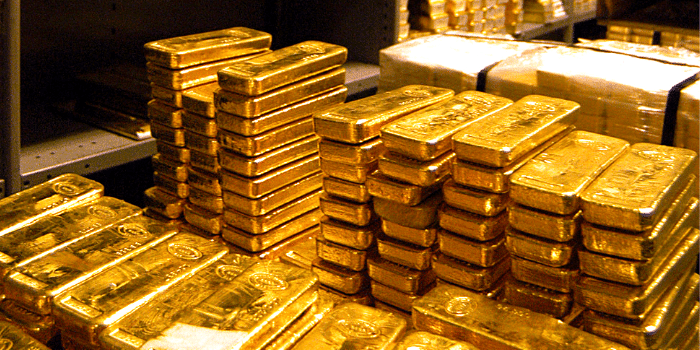 EDITOR'S NOTE: Is Nicolas Maduro the “legitimate” leader of Venezuela? It depends on who you ask. The UK government doesn’t seem to recognize his presidential status; it recognized opposition figure Juan Guaido back in 2019. But Queen Elizabeth II recognizes Maduro’s legitimacy according to three letters sent to his office directly, addressing him as  “His Excellency Nicolas Maduro Moros President of the Bolivarian Republic of Venezuela.” What’s at stake here is Venezuela’s $1 billion in gold reserves stored in the vaults of the Bank of England. Control of gold goes to the legitimate ruler. Apparently, the UK is having something of an embarrassing moment as the country’s government and monarchy seem to have tripped over one another. That the $1 billion in gold reserves stored at the Bank of England belongs to Venezuela is a certainty. But its recognized leadership is another question. Apparently, the acknowledgment of legitimacy, in this case, is not so much pragmatic but symbolic (and political). Our thoughts: can you even have a  legitimate judicial (read: objective) showdown when everything is grounded on symbolic differences?

Venezuela’s government has produced letters apparently signed by Queen Elizabeth II to bolster its claim to more than $1 billion of gold stored in the Bank of England.

The diplomatic correspondence is evidence that the UK recognized Nicolas Maduro as Venezuela’s president, said Calixto Ortega, the head of Venezuela’s central bank.

This undermines a ruling by a judge in London last month that denied Maduro’s administration control of the bullion, Ortega said Thursday, in a rare interview. The UK’s issuance of visas to Maduro’s officials also strengthens the government’s case, Ortega added.

Opposition figure Juan Guaido is also trying to claim control of the gold in the long-running legal battle, after the UK recognized him as Venezuela’s president in 2019. The Maduro government has said it will appeal the most recent court ruling.

“Three letters signed by the Queen make for an official position,” Ortega said in Paris, while returning to Caracas from London where he discussed the issue with his lawyers.

The bullion, which is stored in the vaults of the Bank of England, represents about a fifth of Venezuela’s $5.2 billion in international reserves, excluding special drawing rights with the International Monetary Fund which the country can’t currently access.

With further legal wrangling expected, neither the Maduro government nor Guaido and his allies are likely to win control of the assets in the near future.

Ortega showed Bloomberg News two letters signed by Elizabeth II in June, in her capacity as Queen of Saint Vincent and the Grenadines.

In the first letter she notifies him of a change in the Caribbean nation’s representative based in Caracas, while in the second she requests that Maduro accredit a new one.

In another letter, the Queen wrote to Maduro on behalf of the government of Saint Lucia. All three letters are addressed to “His Excellency Nicolas Maduro Moros President of the Bolivarian Republic of Venezuela.”&amp

The letters were given to Ortega by Venezuela’s Foreign Affairs Ministry, he said.

In response to written questions, the UK Foreign Office said, “Her Majesty the Queen does not act as the UK head of state when acting as head of state of any of her other realms,” and reiterated that the UK recognizes Guaido as Venezuela’s president.

Ortega’s legal team is to decide its new strategy as soon as next week as it prepares its appeal.

Trying to include the letters as fresh evidence might risk dragging the case out for even longer, Ortega said.

Maduro’s government sees the decision by the court having as “huge consequences” for other countries with assets in the UK’s financial system.

“It is the reputation of London as the most neutral and reliable place to do business worldwide that is at stake here,” Ortega said. “They say something in court and by way of facts they behave differently.”

He also brandished his own diplomatic passport, stamped with eight visas issued by UK’s authorities since June 2018, as evidence that the government in London recognizes Maduro officials as legitimate.

The British chargé d’affaires in Venezuela also requested a visa from the Maduro government in 2021, which was granted, he added.

British judges -- including the Supreme Court -- have consistently accepted the UK’s “clear and unequivocal recognition” of Guaido as president. UK courts are independent of political decision-making.

His London court victories have been one of the few bright spots in recent months for Guaido, who’s seen his support falter as Maduro retained his grip on power.