EDITOR'S NOTE: “Existing” homes for sale may be in short supply but, in contrast, “new” homes for sale are booming. Builders are ramping up production on new homes despite continuing labor shortages and supply issues. In fact, new homes are at their highest production and supply levels in over a decade. But mortgage interest rates are steadily rising, and so too is the general cost of living. In other words, the author below is warning of a potential drop in home prices in the near future. Real estate and gold are two ways in which investors attempt to store real value. So if one crashes amid rising prices and rising rates, what might happen to the other? There’s an article dating back to 2008 that discusses the correlation between gold and real estate here. It may help inform us about what’s happening with today’s market, but you have to make adjustments for the big contextual differences. The biggest difference between now and then is inflation. It remains one of gold’s biggest drivers.

New home sales in February totaled 772k, 38k less than expected and January was revised down by 13k to 788k. Keep in mind that the average 30 yr mortgage rate in February according to Bankrate was about 4.10% vs 4.5% today and which compares with 3.55% in January.

Months’ supply did tick up to 6.3 from 6.1 and remains about the long-term average in stark contrast to the anemic level of existing homes for sale. This is important to keep an eye on because the supply of new homes has been rising notwithstanding all the supply pressures that is more so altering the timing of finishing the home, rather than starting one. In fact, the number of new homes for sale are at the highest level since August 2008 on the downside of that bubble.

Bottom line, the lack of existing homes for sale and in the face of labor shortages and trouble procuring enough raw materials, appliances, garage doors, windows, etc…, builders have the largest amount of homes for sale in 14 years. As household formation is slowing to a crawl, and with now rising mortgage rates, hopefully, this leads to lower prices which would better position a 1st time buyer to purchase a home instead of having to rent where prices are rising double digits too. Take note of course if you are long homebuilders but I’m sure you already did because of the recent jump in mortgage rates. I’m not long any myself.

# of New Homes for Sale 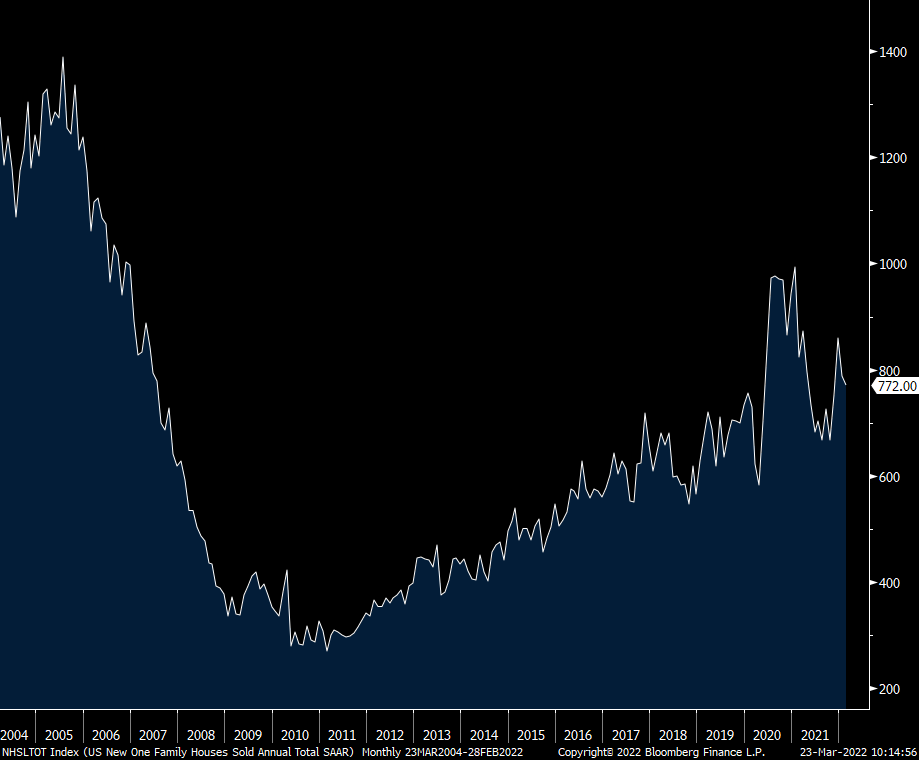 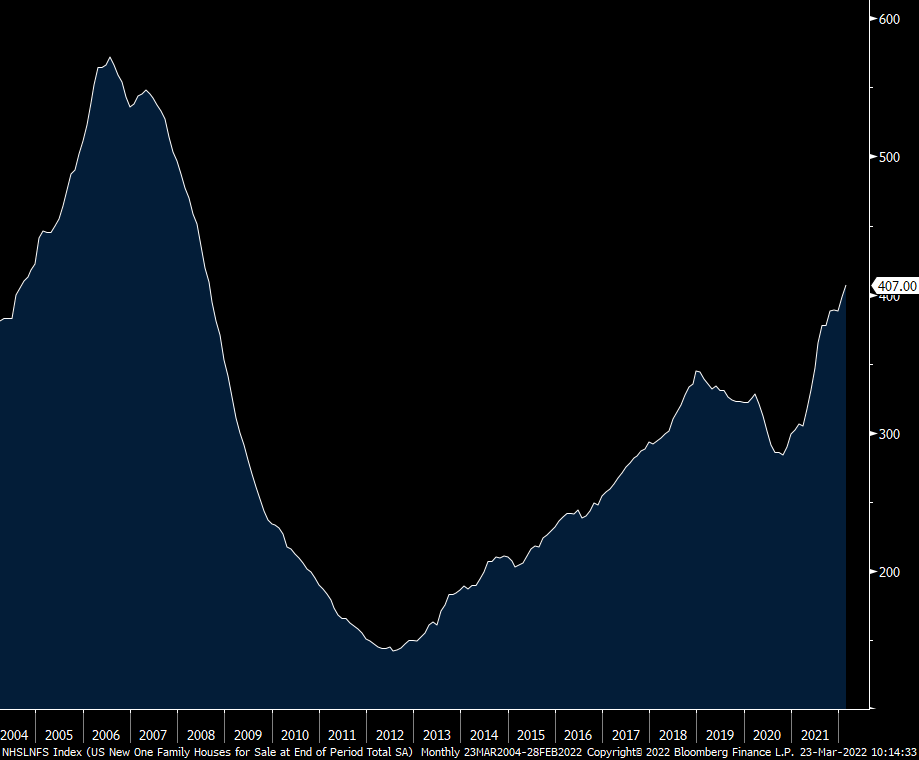 Originally published on The Big Picture.