EDITOR NOTE: All bull markets are cyclical. But some bull market cycles stretch over a much wider time scale and extend much further toward the upside (and downside). Silver is a perfect example. Prior to the current bull market, we’ve seen two others. The first rose 3,640% over nine years; the second, around 1,145%. For this third bull run, the author below sees a minimum target of 1,100%--that’s $300 per ounce from today’s $25. All bull markets with long cycles tend to have one characteristic in common: they benefit a very small number of investors because most don’t have the patience to stick with slow-moving assets. Most don’t have the historical hindsight that gives clues as to silver’s cyclical tendencies--moving slowly at first, then shooting up parabolically in a sharp burst, typically lasting a decade. We’re at the beginning of the next decade-long bull market. And we certainly hope you’ll be among the few investors positioned to benefit from silver’s full growth potential.

There's no consensus on whether silver is in its second or third secular bull market since the 1970s. That's because people define bull markets in different ways.

But as I'll show you, it's not that important.

Most secular bull markets run through a period, usually about half-ways on the time scale, where the commodity's price falls by about 50%, sometimes more. This is an observation by the legendary commodities investor Jim Rogers.

In my own experience that's in fact often the case, although sometimes the price correction is less severe if it's drawn out over a longer time. Corrections are typically short and deep, or long and shallow. There is no rule, and it's never the same.

Let's dig into these previous bull markets to give us an idea of how silver has behaved. This will provide somewhat of a roadmap for what may lie ahead. Spoiler alert: looking back on how silver performed in the past points to much bigger gains ahead.

Past Is Prologue: Silver Bull Markets

Now let's dissect both of these bull markets in more detail, because understanding how they behave can help you better prepare. As you'll see, silver is volatile. But if you want to benefit from its big gains, you have to be willing to hold on through what is sometimes a wild ride. 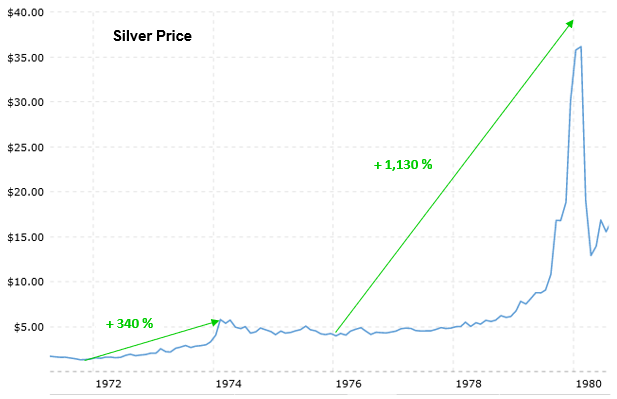 Two decades later, it would do something similar…again. 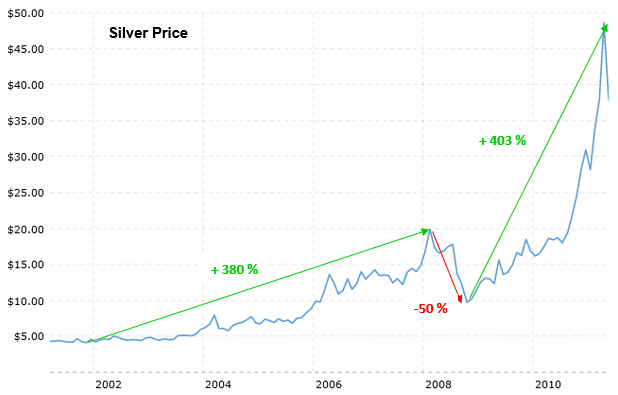 Silver is volatile. There's no denying it. But that's also part of its appeal. 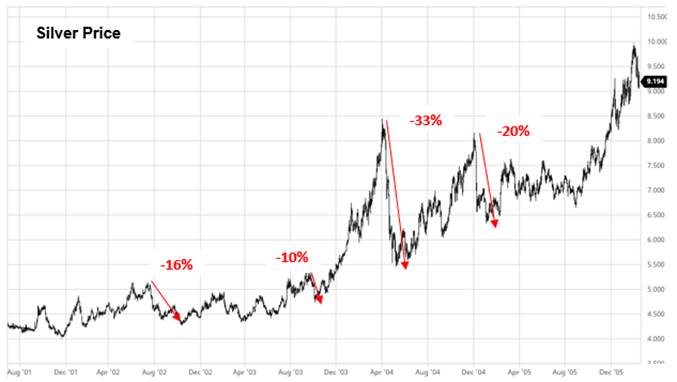 Then, between 2006 and 2011, more short but sometimes deep corrections came, with silver dropping 13% or more three times. 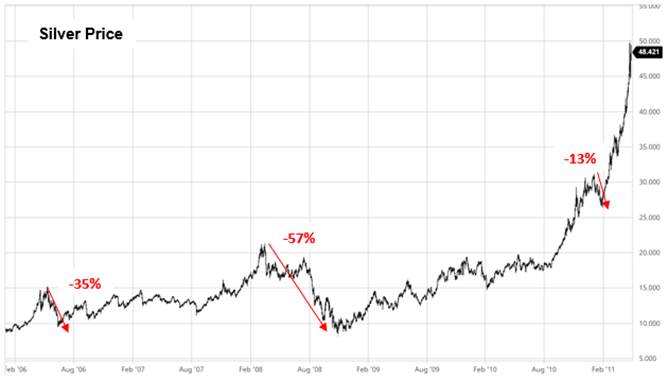 Overall, from 2001 until its peak in 2011, silver gave back 20% or more four times. But the real takeaway is that anyone who held on from the beginning enjoyed an astounding 1,080% gain.

And one final point to consider; silver stocks offer tremendous leverage to silver itself.

This chart compares the performance of SLV, a silver ETF that mimics the price of silver, with SIL, a silver ETF made up of mostly large silver miners. The chart runs from mid-January to early August 2016. 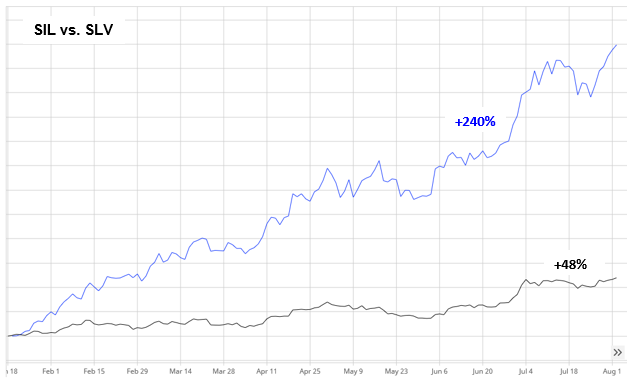 The black line is SLV and the blue line is SIL. During this six-month period, SIL was up 240%, dramatically outperforming SLV which gained a very respectable 48%. Silver stocks were up by five times as much as silver itself in just six months.

That's why I want to own silver stocks, as well as silver itself. The leverage can be tremendous.

Given the extreme and unprecedented levels of stimulus, money-printing and debt in the last few decades, my view is that we are still in the midst of the silver bull market that started in 2001.

I think silver's bull could run for a total of about 25 years starting from 2001. With that in mind, we could have another 5-6 years in front of us, maybe more. 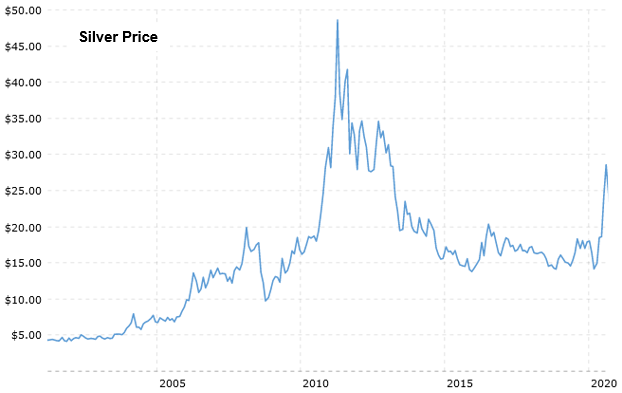 The fact that silver bottomed at $12, which was almost triple the $4.14 low in 2001, suggests to me that we are still in the same powerful multi-decade bull market.

My target price over the next few years is for silver to reach at least $300. How I reach that number is a topic for a future article. But before you think I'm crazy, I can assure you that it's an estimate relating to the gold price, and based on how gold and silver have performed in previous bull markets.

I've written a detailed Silver Report (click here) explaining why silver has tremendous upside, and is heading much higher in the years ahead. In it I cover both the demand and supply side dynamics for silver, showing why the metal is fundamentally still very cheap, but how the outsized opportunity is in explosive silver stocks.

Bull markets do their best to bring along the fewest participants. Just don't let the silver bull shake you off.