The U.S. Ominous Journey Into Hyperinflation

EDITOR NOTE: Technically, the US just surpassed the “hyperinflationary threshold” according to the deficit-to-outlay ratio. As the stock market continues to climb to new heights, businesses across the country are drowning in debt. In fact, the country is drowning in debt, with no revenue other than the money printing that keeps the markets and “confidence” in the system afloat. That’s an early sign of hyperinflation. How deep we plunge into this ominous condition is something to be seen. And hedging against this disastrous scenario with gold and silver is the wisest thing to do. Quite possibly, it’s the only thing you can do at this point.

The U.S. is about to embark on a very ominous journey into hyperinflation with record amounts of debt and deficits.

The latest Q2 2020 budget deficit numbers for the United States have been released, and they don't look pretty.

This has resulted in an annually adjusted budget deficit of $5.5 trillion, which is shown in the chart below. This is completely unprecedented, and it doesn't look like the expenditures are going to ease down as many businesses (airlines, event sector, hospitality industry) still struggle due to the pandemic.

If we calculate the deficit to outlay ratio, we get 60%, which is higher than the 40% hyperinflationary threshold. 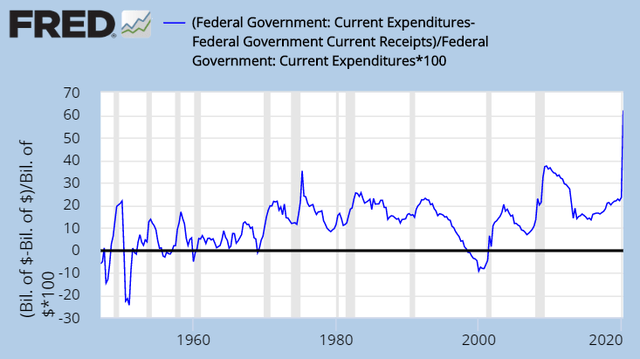 The latest Q2 GDP data was equally abysmal. The U.S. economy shrank 31.7% while the U.S. stock market kept rising. This has resulted in a surge in the total market cap to GDP (Buffett indicator) to 183%, which clearly indicates stocks are very overvalued here. Q3 2020 GDP is expected to rise 26% according to the Atlanta Fed, so this ratio could come down going forward. 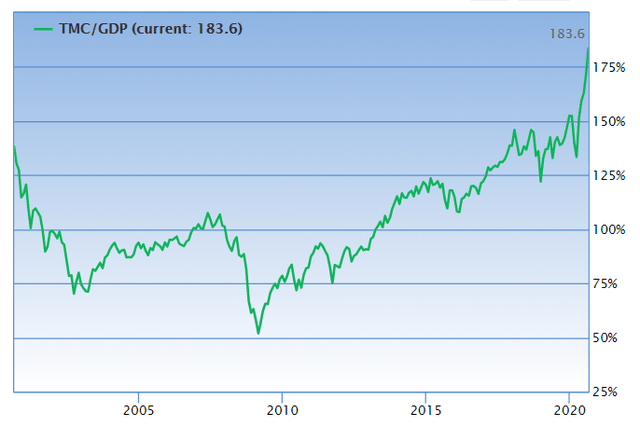 Ultra-low interest rate policies have created a stock market and bond market bubble at high valuation multiples, but the underlying economy is not improving much. For example, small businesses aren't reopening as witnessed on the chart below from Opportunity Insights.

The Federal Reserve has only managed to drown U.S. businesses in more debt as delinquencies are rising on record corporate business debt levels. 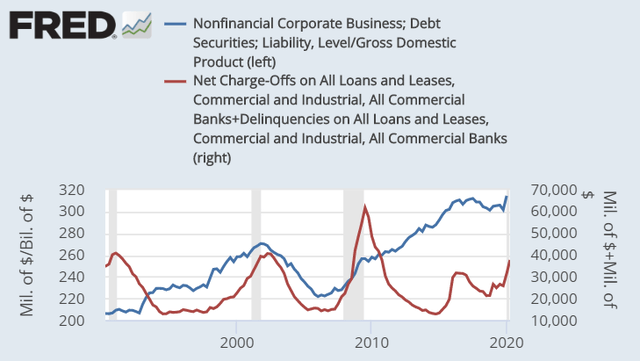 In fact, the Federal Reserve is not done yet. On August 27th, Chairman Powell announced that he will let inflation run hotter than normal and keep interest rates at 0% for an extended period (~5 years). In order to achieve this, the Federal Reserve will have to massively increase its balance sheet via more asset purchases and even sending money directly to businesses. The current bubbles will only grow larger and larger. Stocks will keep rising as the Federal Reserve pumps money into this sector.

However, money doesn't grow on trees. As the Federal Reserve prints more money to buy up assets, the U.S. dollar will plunge and inflation will rise.

As small- and medium-sized businesses stay closed, real output will decline. Without real output, efficiency in the economy will deteriorate and inflation will soar. I expect inflation to soar above 3% in the coming months based on the current Q2 2020 real output numbers. 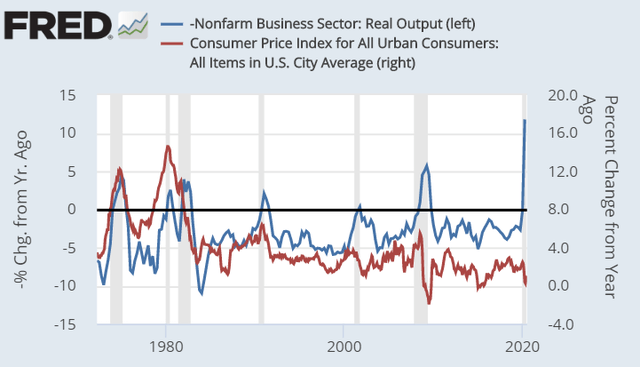 Investors should prepare themselves right now against this inflationary wave. A good example to follow is Warren Buffett, who bought an initial stake in Barrick Gold (NYSE:GOLD) in the last quarter. I suggest we follow the great oracle and stock up on gold and gold miners. 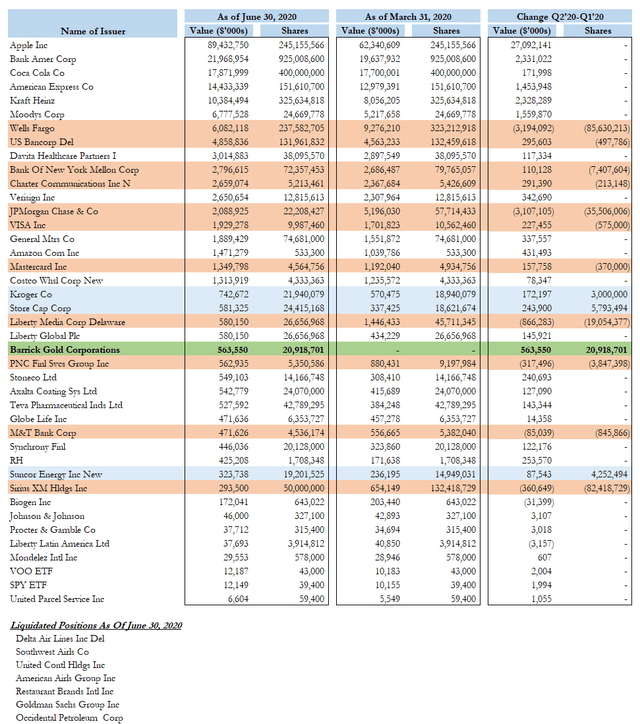