EDITOR'S NOTE: When an entire industry has the power to censor free speech, essentially subduing a pillar of American democracy, such powers would affirm the nefarious presence of corporatist conspiracy. But if that industry happens to be Big Tech, an industry that has the capacity to collect our data and monitor our every movement and communication, then we’re looking at a Big Brother type of scenario. There’s a lot at stake in the rumors of this Twitter vs Apple dispute. It goes beyond the celebrity entertainment value we drive from seeing Musk duke it out with Cook. This is about the future of American freedom and how the elite Silicon Left is attempting to subdue it to advance their own political agenda.

Having seen waves of extreme over-reactions to Elon Musk's take-over of Twitter - and demands for all sorts of censorship being reinstated - we have seen an armada of virtue-signaling among advertisers pulling their spending from the free-speech platform.

Following demands from numerous former blue-checks for the deplatforming of such a dangerous app as Twitter has surely become...

In a New York Times op-ed, the former head of trust and safety at Twitter, Yoel Roth, wrote Twitter under Musk's leadership is at risk of being removed from Apple and Google's app stores if they fail to follow guidelines:

"Failure to adhere to Apple's and Google's guidelines would be catastrophic, risking Twitter's expulsion from their app stores and making it more difficult for billions of potential users to get Twitter's services. This gives Apple and Google enormous power to shape the decisions Twitter makes," Roth said.

He explained, "as I departed the company, the calls from the app review teams had already begun."

...Elon Musk has just broken the news that, seemingly confirming the rumors, Apple is threatening to pull Twitter's app from its app-store... and won't say why...

Apple has also threatened to withhold Twitter from its App Store, but won’t tell us why

Musk is not taking this lying down as one would expect, first questioning where Tim Cook hates free speech?

Then asking his 119 million followers if Apple should publish its censorship actions...

Which for now is extremely tilted towards 'yes'...

As a reminder, Phil Schiller, Apple’s App Store head honcho, just deactivated his Twitter account, which observers are not necessarily reading as a great sign. As Bloomberg’s reporter on the Apple beat, Mark Gurman, summed it up, “We appear to now know how Apple’s App Store chief feels about the new Twitter.” 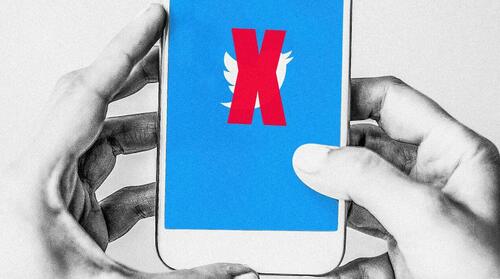 Musk has made it clear how he feels about Apple's monopoly...

...and what he thinks about Apple's monopolistic pricing model for the App store...

Did you know Apple puts a secret 30% tax on everything you buy through their App Store? https://t.co/LGkPZ4EYcz

Finally we note that Musk unveiled a simple plan Friday night if Apple or Google decides to boot the social media platform from their stores: build a smartphone. And how hard could that be?

Musk responded to conservative commentator Liz Wheeler, who tweeted: "If Apple & Google boot Twitter from their app stores, @elonmusk should produce his own smartphone. Half the country would happily ditch the biased, snooping iPhone & Android. The man builds rockets to Mars, a silly little smartphone should be easy, right?" 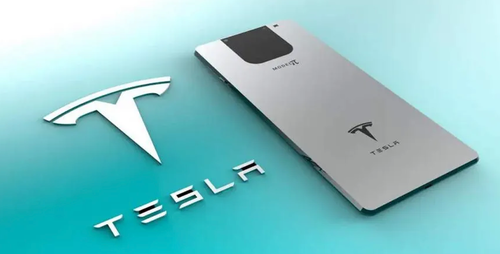 "I certainly hope it does not come to that," Musk told Wheeler, "but, yes, if there is no other choice, I will make an alternative phone."

I certainly hope it does not come to that, but, yes, if there is no other choice, I will make an alternative phone