U.S. Natural Gas Prices Are At Their Highest Level Since 2008

EDITOR'S NOTE: The pain at the pump is obvious. But the coming price shock in home heating and other industrial operations dependent on natural gas is sure to intensify the inflationary discomfort we’re already feeling. US natural gas prices have spiked to levels unseen since 2018, thanks to a combination of weather events and a war that seems to have taken the world by surprise. When commodity analysts forecasted a commodities super-cycle a few years back, for fundamental reasons that differ greatly from those currently affecting the economy, we can see how the current commodity surge attests to the accuracy of such prognostications. Yet for factors altogether different. And what happened to those fundamental factors? If they hold true, or if the factors remain active, then we’re still at the beginning stages of this forecasted supercycle. How much higher can commodity prices go, and how much higher might that push the broader costs of goods and services? 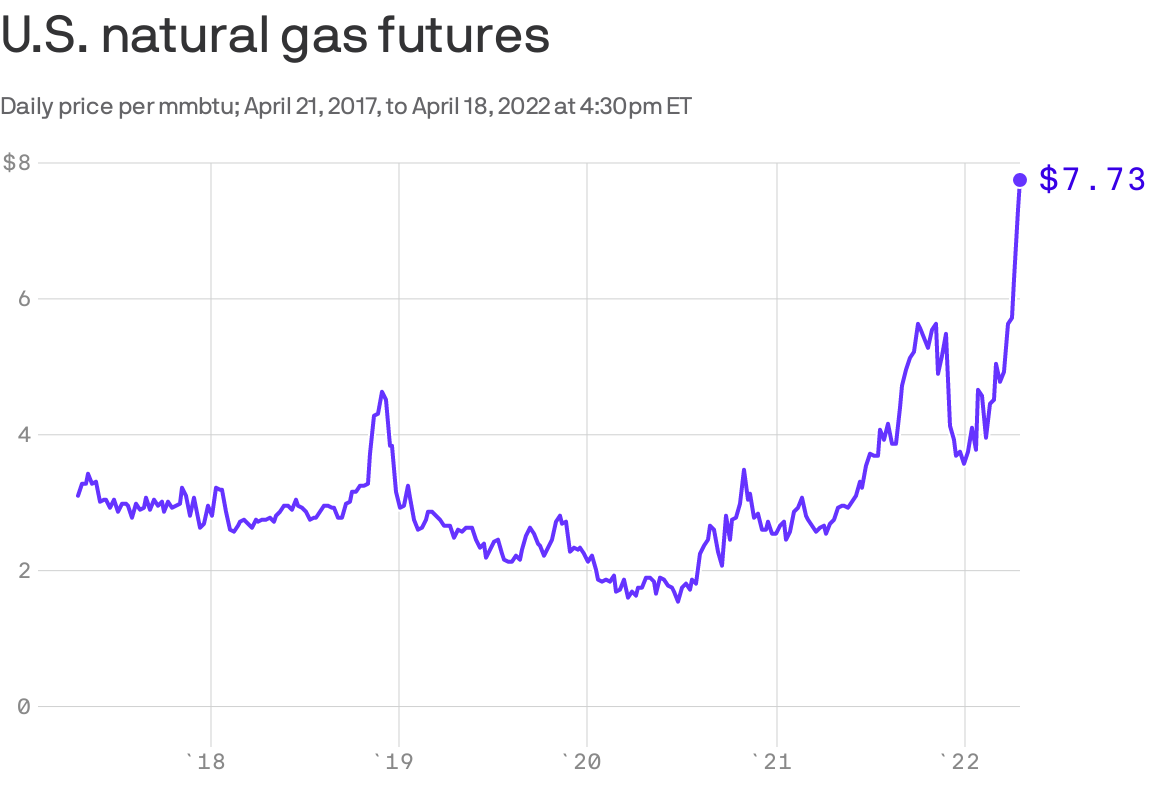 U.S. natural gas prices are at their highest levels since 2008 thanks to a mix of geopolitical and weather-related forces, Axios' Ben Geman writes.

Why it matters: Gas prices are less visible than gasoline but affect everything from home heating to power to industrial input costs.

What they're saying: Tudor, Pickering, Holt & Co. (TPH), in a note Monday morning, said recent price increases stem from tight supply-demand balances and "rumors the EU is drafting plans for an embargo of Russian oil and gas."

Zoom in: Bloomberg notes that below-average temperatures are projected in the U.S. later this month, which could boost demand.

What's next: Prices could keep rising further, especially in the event of extreme weather over the next year, according to TPH.

Signs of Trouble In Both The U.S. And Global Economy Are Multiplying

The Global Economy Is Having To Pay For A Strong U.S. Dollar