EDITOR'S NOTE: US job security based on sentiment or estimate? There’s a little bit of proximity bias happening in the job market. It’s the feeling that tech sector job losses are a remote phenomenon; one that probably won’t affect most sectors of the American workforce (kind of like, “the bad stuff is happening in that neighborhood, but not ours”). The problem is that widespread consumer demand is starting to stumble. And this indicates lower consumption across all segments of the US GDP and not just those under the tech category. This constitutes a real disconnect when trying to forecast and prepare for the near-term economic environment. And when the storm hits, it helps not to be surprised by the economic downpour that rains knives upon asset values and financial prospects. 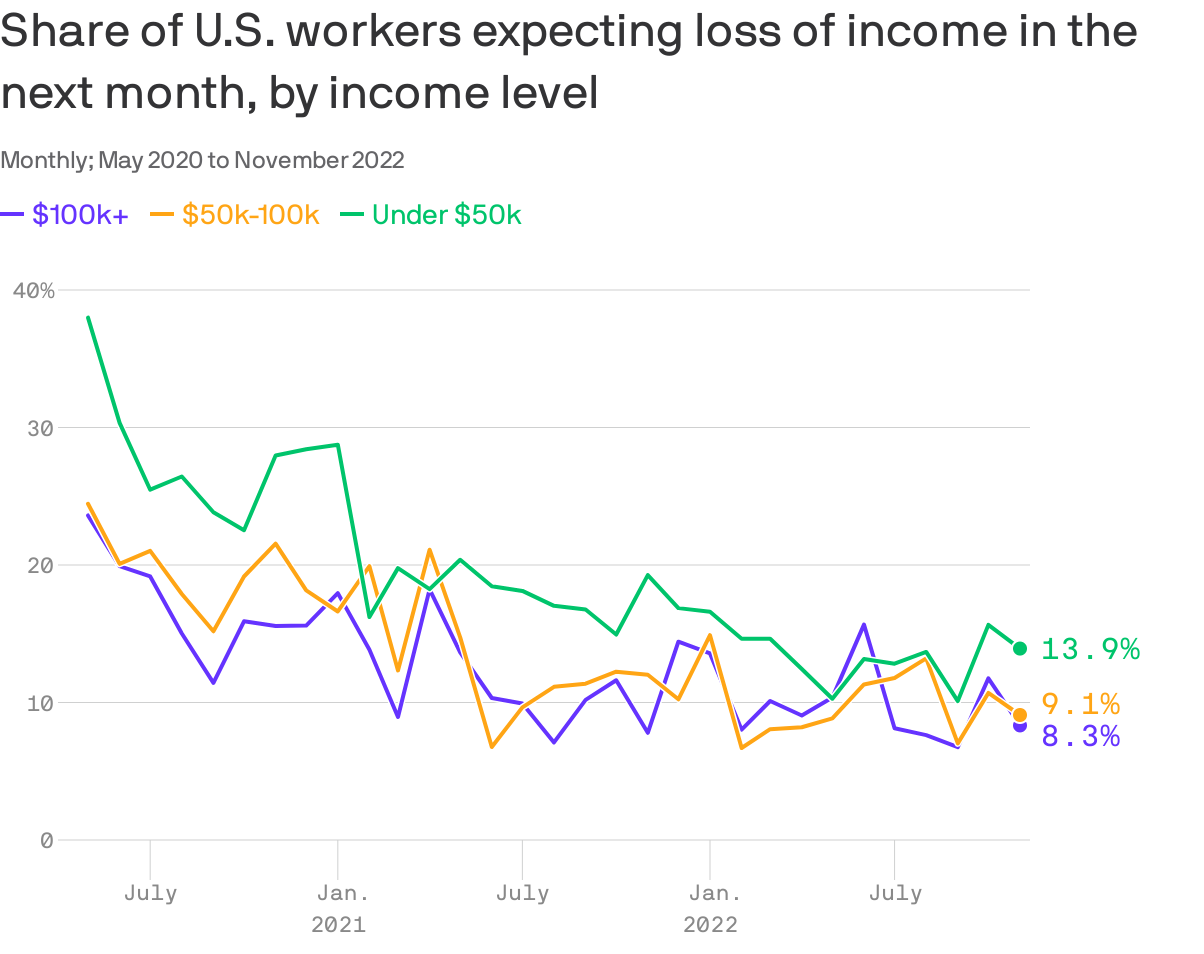 Why it matters: Despite all the headlines (including ours!) chronicling the wave of layoffs hitting the tech industry, most Americans work in other sectors and still feel pretty good.

State of play: Across all income groups, the share of U.S. adults who fear they could lose their job in the next month ticked down during November — and is sitting near series low points, according to polling for the Morning Consult/Axios Inequality Index dating back to May 2020.

Yes, but: When Americans put their consumer hats on, they’re less optimistic. Consumer sentiment is also near series lows.