US Personal Income: A Quarter Of It Comes From The Government!

EDITOR NOTE: Personal Income and Spending, aka the “Consumption Report,” is a treasure trove for economists. It tells them exactly how much spending is going on and where. Last week's report shows a modest decline in both areas. Perhaps large enough to cause the markets to slide toward the end of the week. But it makes you wonder: did the market price in the fact that a good portion of this income came from the government? In other words, are Americans aware of the extent to which they’ve been pushed into a socialist corner (and how they’re clamoring for more of it)?

Following today's release of the latest Personal Income and Spending data, Wall Street was predictably focused on the changes in these two key series, which showed a modest slowdown in personal spending (to be expected one month after the savings rate in the US hit a record), coupled with a modest decline in personal income (as government benefits and stimulus checks slowed substantially). 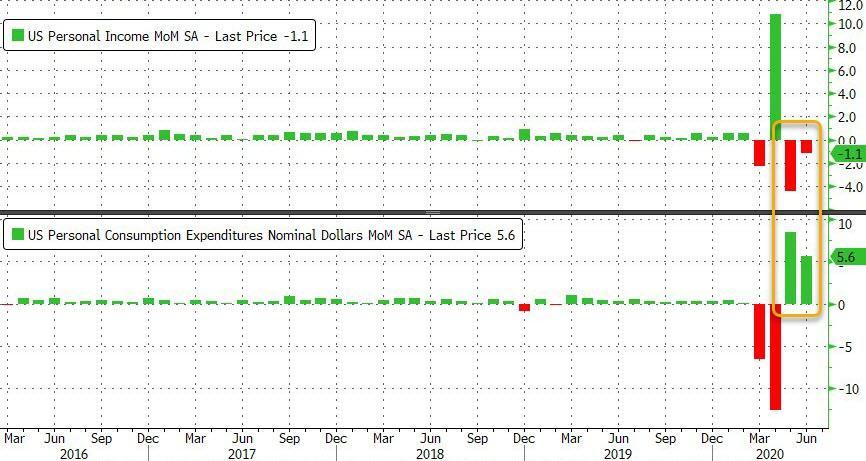 But while the change in the headline data was indeed notable, what was far more remarkable was less followed data showing just how reliant on the US government the population has become.

We are referring, of course, to Personal Current Transfer payments which are essentially government sourced income such as unemployment benefits, welfare checks, and so on. In May, this number was $4.9 trillion annualized, and while it is down from the record $6.6 trillion hit in April when the US government activated the money helicopters to avoid a total collapse of the US economy, it was nearly $2 trillion above the pre-Covid trend where transfer receipts were approximately $3.2 trillion.

Even more striking, is that as of June when total Personal Income was just below $20 trillion annualized, the government remains responsible for over a quarter of all income. 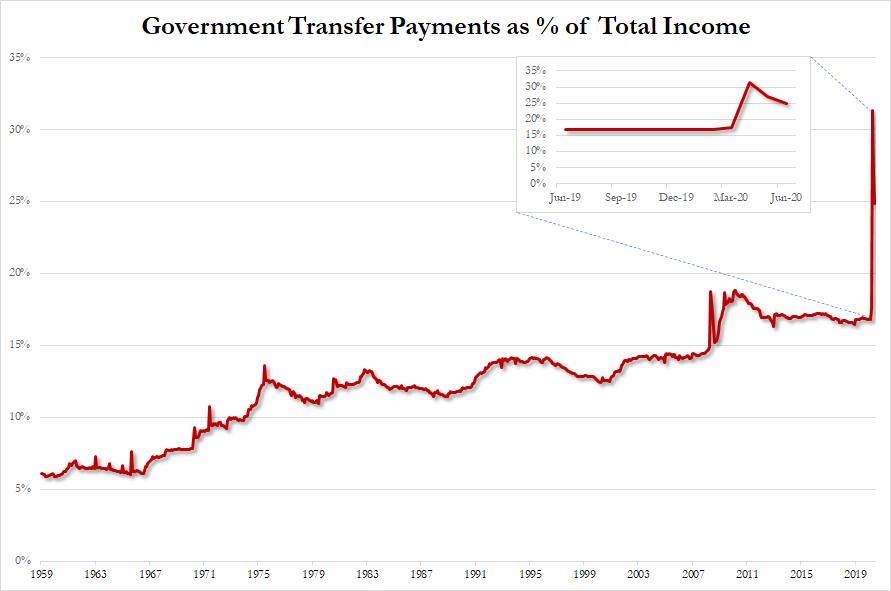 Putting that number in perspective, in the 1950s and 1960s, transfer payment were around 7%. This number rose in the low teens starting in the mid-1970s (right after the Nixon Shock ended Bretton-Woods and closed the gold window). The number then jumped again after the financial crisis, spiking to the high teens.

And now, the coronavirus has officially sent this number into the mid-20% range, after hitting a record high 31% in April.

And that's how creeping banana republic socialism comes at you: first slowly, then fast.

So for all those who claim that the Fed is now (and has been for the past decade) subsidizing the 1%, that's true, but with every passing month, the government is also funding the daily life of an ever greater portion of America's poorest social segments.

Who ends up paying for both?

Why the middle class of course, where the dollar debasement on one side, and the insane debt accumulation on the other, mean that millions of Americans content to work 9-5, pay their taxes, and generally keep their mouth shut as others are burning everything down and tearing down statues, are now doomed.

The "good" news? As we reported last November, the US middle class won't have to suffer this pain for much longer, because while the US has one one of the highest median incomes in the entire world, with only three countries boasting a higher income, it is who gets to collect this money that is the major problem, because as the chart also shows, with just a 50% share of the population in middle-income households, the US is now in the same category as such "banana republics" as Turkey, China and, drumroll, Russia. 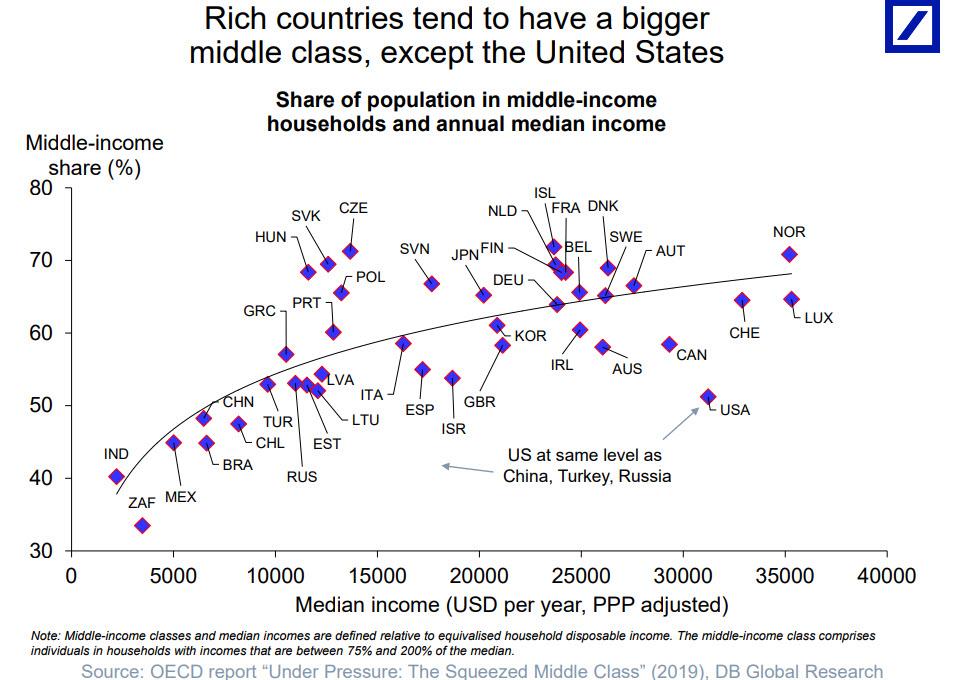 What is just as stunning: according to the OECD, more than half of the countries in question have a more vibrant middle class than the US.

So the next time someone abuses the popular phrase  "they hate us for our [fill in the blank]", perhaps it's time to counter that "they" may not "hate" us at all, but rather are making fun of what has slowly but surely become the world's biggest banana republic?

And as we concluded last year, "it has not Russia, nor China, nor any other enemy, foreign or domestic, to blame... except for one: the Federal Reserve Bank of the United States."