Why Social Media Censorship Only Runs In One Ideological Direction EDITOR'S NOTE: According to the report below, the Democratic Party has embedded itself well within the corporate structure of Big Tech. Far from just infiltrating the sector, the Democratic Left participates in many of the critical decisions that go behind closed doors. The saying that “technology is the future” now takes on a darker tone, as it’s heavily concentrated on a segment of society with a Socialist bent. As the author is “right” (pun intended) in pointing out, why do you think social media censorship goes only in one ideological direction? Call it what you want: an overabundance of commie woke liberals (if you’re on the right), or educated people finally taking the field from loud hard-right dimwits (if you’re on the left). Some people call it the Deep State. And despite the fringe overtones this term may take, it’s real, it’s alive and well, and it’s hell-bent on delivering some payback.

If you’re wondering why social media censorship only runs in one ideological direction, consider the revolving door between the Democratic Deep State and Big Tech.

Baker was the FBI’s General Counsel from 2014-2017, and a Forrest Gump-like figure in Russiagate — pursuing discredited accusations against President Trump.

By 2020, Baker was in a position at Twitter to encourage the company to help Joe Biden beat him.

Baker’s meddling continued until today. He was fired by Elon Musk when it was discovered he was “vetting” — deleting? altering? — documents meant to be reviewed by journalists Matt Taibbi and Bari Weiss.

That the FBI’s man at Twitter was overseeing the production of documents concerning matters like the censorship of the Hunter Biden story is significant because the FBI is so heavily implicated in Twitter’s censorship push.

As we know from the accounts of another ousted Twitter censorship officer, Yoel Roth, and FBI agent Elvis Chan, FBI officials regularly met with Twitter before the 2020 election, warning of foreign “hack and leak” attacks, and flagging content for Twitter to take down arising from “foreign influence operations.”

Roth claimed officials rumored that the hack and leak would involve Hunter Biden. Why would the FBI warn about a device it already had — thanks Hunter leaving it at a Delaware repair shop, not because of any foreign hack?

Twitter CEO Elon Musk says certain data associated with the Twitter Files was hidden or potentially deleted. Did Baker scrub the files that might show the FBI leaning on Twitter to censor to help Joe Biden?

The second installment of Twitter Files detailed the platform’s broader suppression of Wrongthink, referencing a Strategic Response Team tasked with “limit[ing] the reach of certain users.”

One team member responsible, in his telling, for “resolving the highest-profile Trust & Safety escalations” — apparently by throttling the accounts of dissenters from COVID-ian orthodoxy like Dr. Jay Bhattacharya, and conservatives like Dan Bongino — is Jeff Carlton.
Carlton, according to a since-deleted LinkedIn profile, served as an intelligence analyst for the CIA and FBI from 2014-2017.

He came on as Twitter’s senior program manager for the Strategic Response Team in May 2021 and was elevated to its head in November.

There are related Deep State-Big Tech ties with a nexus to the Twitter Files.

These ex-officials have publicly opposed federal legislation aimed at breaking up Big Tech. Perhaps Big Tech’s centrality in helping the Intelligence Community quash narratives it disfavors has something to do with its lobbying to help Big Tech maintain monopoly power over the digital public square. 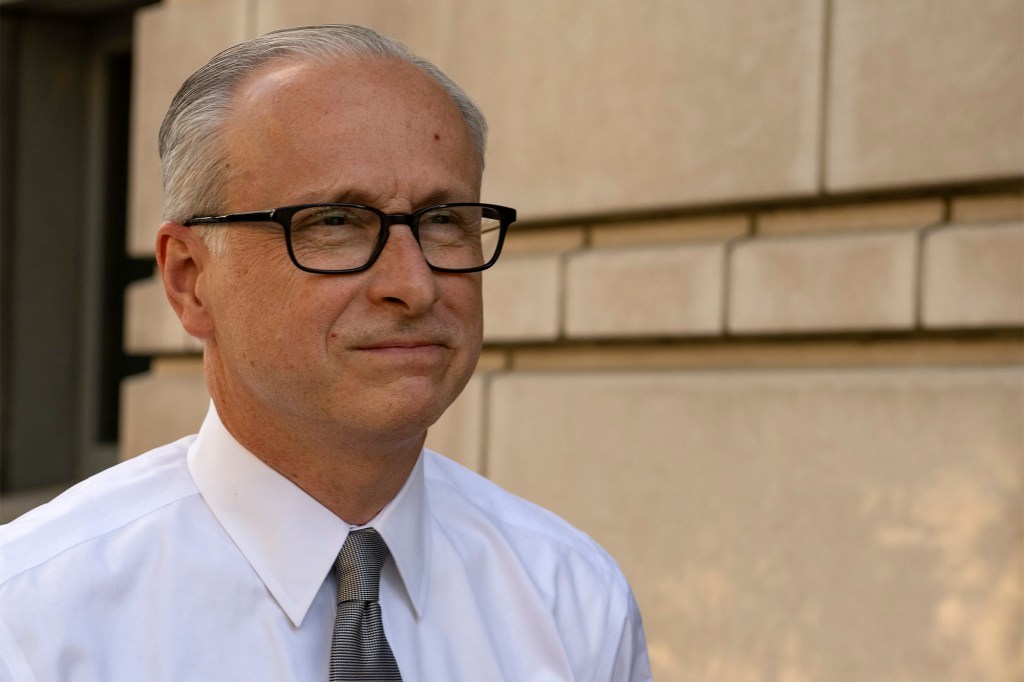 Democratic politicians, staffers and lawyers also had an inside line to Twitter, pushing for more aggressive “content moderation.” They found many sympathetic ears at social-media companies.

The examples are myriad.

While there are always revolving doors between government and powerful industries, the problem here is that the government-Big Tech bloc has disproportionate control over the pivotal area of speech and is using it to stifle opposition and attain ideological dominance.

With a nodding wink and a nudge between them, the First Amendment erodes before our eyes.