EDITOR'S NOTE: Senate Finance Chair Ron Wyden (D-OR) finally revealed the details surrounding the Congresses’ “Billionaires Income Tax.” According to Politico, the plan would “begin requiring people with more than $1 billion in assets, or who earn more than $100 million in three consecutive years, to begin paying capital gains taxes each year on the appreciation in value of their assets, regardless of whether they are sold.” Proponents say this plan would “hit around 700 people, and expects it to generate several hundred billion dollars.” However, while this is a small number of people now, Politico also reports that “some liberals hope will eventually be extended to millionaires as well,” and after that, who knows.

It would be a fundamental change in how the tax system operates, and open up a new revenue stream for the Treasury — one some liberals hope will eventually be extended to millionaires as well. 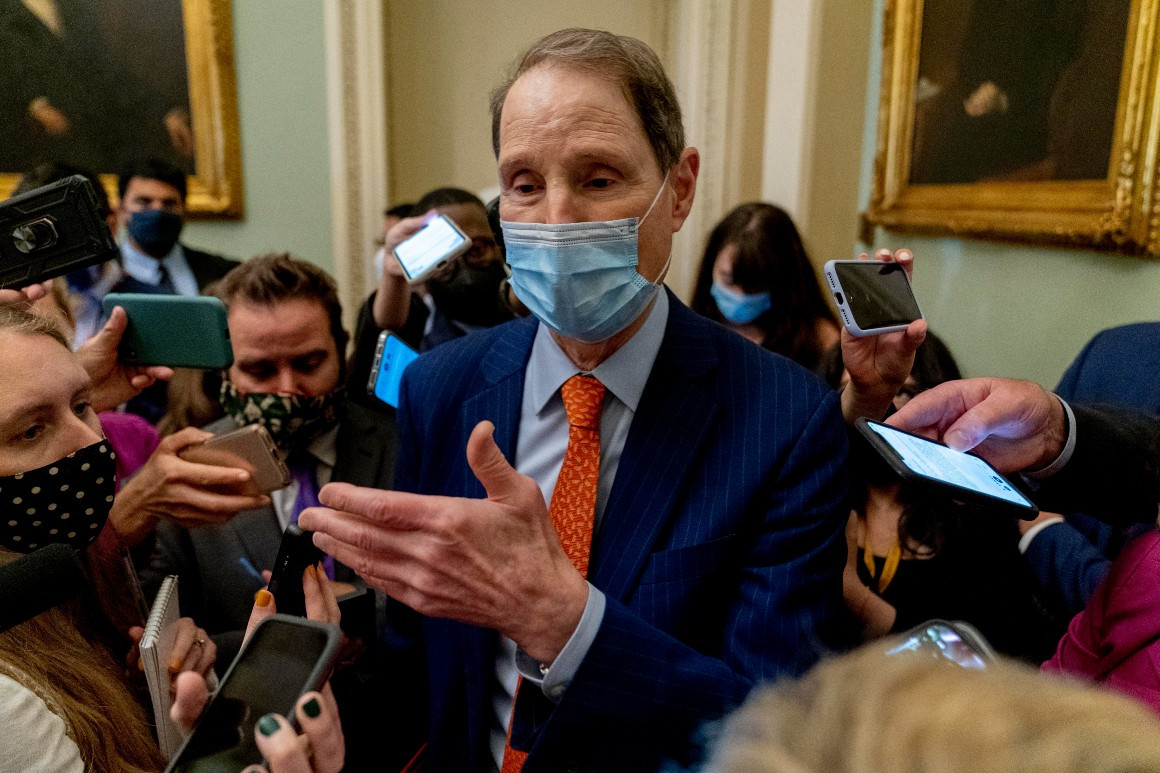 The Senate’s top tax writer unveiled plans to create a special new tax on the uber wealthy that he hopes Democrats will use to help pay for their next big spending package.

Finance Chair Ron Wyden (D-Ore.) wants to begin requiring people with more than $1 billion in assets, or who earn more than $100 million in three consecutive years, to begin paying capital gains taxes each year on the appreciation in value of their assets, regardless of whether they are sold.

Wyden figures it would hit around 700 people, and expects it to generate several hundred billion dollars, though Congress’s official scorekeepers have not yet put a number on the plan.

It would be a fundamental change in how the tax system operates and open up a new revenue stream for the Treasury — one some liberals hope would eventually be extended to millionaires as well.

But it’s sure to be controversial.

Many House Democrats are already balking at the proposal, preferring a slate of more traditional income and capital gains tax rate increases approved last month by the Ways and Means Committee.

And the proposal, should it pass, would almost certainly be challenged in court.The Constitution restricts so-called direct taxes, an antiquated term referring to levies imposed directly on someone that can’t be shifted onto someone else. There’s a big exception for income taxes, thanks to the 16th Amendment, which allows Congress to tax earnings. (All current taxes are either forms of income tax or levies on transactions.)

The question with the billionaires tax will be whether it counts as an income tax. Democrats argue it is, building that into its “Billionaires Income Tax” name, although House Speaker Nancy Pelosi has called it a wealth tax.

The plan comes after Sen. Kyrsten Sinema (D-Ariz.) balked at fellow Democrats’ plans to finance their spending package with more traditional hikes on individuals and corporations, leaving Democrats scrambling to find other ways to cover their costs.

On Wednesday though, Sen. Joe Manchin (D-W.Va.), the other moderate whom Democratic leaders are trying to placate, criticized the plan, calling it “very convoluted.”

“I don’t like it — I don’t like the connotation that we’re targeting different people,” he told reporters. Manchin proposed instead a 15 percent “patriotic” minimum tax on the rich.

“People in the stratosphere — rather than trying to penalize we ought to be pleased that this county is able to produce the wealth,” he said. “But with that, there’s a patriotic duty that you should be paying something.”

The U.S. has a highly progressive tax system — the Treasury Department predicts the top 0.1 percent of earners, making at least $2.8 million, will pay an average federal tax rate this year of 31.6 percent.

But those numbers mask how progressivity at the tippy top of the income spectrum falls, in part because of ways people can avoid paying capital gains taxes — by borrowing against their wealth for example.

Wyden’s plan is aimed at those richest-of-the-rich, though it differs from the much-discussed wealth tax proposed by Sen. Elizabeth Warren (D-Mass.).

While her plan would tax people on the value of their assets, Wyden's would dun people on their appreciation. So, under Warren’s plan, someone holding an asset worth $100 would owe taxes on that $100. By contrast, Wyden would charge them on any gains in value — if that asset became worth $110, for example, they’d only owe on the $10 gain.

His 107-page proposal would begin by imposing a one-time tax on all the gains that had accrued before the tax had been created. So, for example, Jeff Bezos would owe taxes on the appreciation of his unsold Amazon stock dating to its early days. It would be a massive tax bill, which Wyden would give him five years to pay.

After that, Wyden's plan would charge capital gains taxes on the subsequent annual appreciation, with different rules for different kinds of assets.

Stocks, bonds and other publicly traded assets, whose values are easily ascertained, would be assessed the levy each year. Harder-to-value assets like real estate or ownership stakes in privately held businesses would not be taxed until they are sold, but would then face an interest charge designed to approximate the tax people would have faced if they had been publicly traded assets.

Nevertheless, the plan would give people an incentive to move into non-publicly traded assets in order to postpone having to pay the IRS.

They would be allowed to take losses against their gains, and carry them forward to future years to offset income. In certain circumstances, they could carry them back as well.

Wyden also has a phalanx of rules designed to prevent people from ducking the tax. It would try to prevent people from avoiding the levy by spreading their wealth among relatives in order to come under the $1 billion threshold. Under his plan, any gifts would be taxable events, with exceptions for transfers to spouses and donations to charity.

There would also be rules against stashing assets in trusts or Opportunity Zones or by renouncing their citizenship.

“It’s quite well thought out.”

The best hope for the rich who want to avoid the tax may be the courts declaring it unconstitutional, Willens added.

“Undoubtedly, this would go to the Supreme Court.”