Much has been written about the Inflation Reduction Act, particularly among its critics. Many of these critics claim that with the IRS increase in audit activity, this piece of legislation has almost nothing to do with inflation and everything to do with collecting revenue from the poor and middle class (versus the wealthy). Such a claim unaccompanied by real data or analysis smacks of fringe economics or conspiracy-speak. From another article by the Heritage Foundation:

-Even increasing recent audit rates 30-fold for taxpayers making over $400,000-including 100% audit rates on taxpayers with incomes over $10 million-still would fall more than 20% short of raising the estimated $35.3 billion in new revenues in 2031.....

The article below shows the disproportionate ratio in IRS audits, most aimed at those with gross receipts less than $25,000. Yet Yellen claims that these new rounds of audits will not focus on this segment of the population. Yet with the figures above, how’s that even possible? Even if the 8% millionaire households paid their fair share, it still wouldn’t generate nearly enough revenue as Biden hopes to achieve. And it probably wouldn’t take 87,000 more IRS agents to accomplish this poorly guided task. But perhaps that’s not the real agenda. Perhaps Biden’s really aiming for the American middle class along with those in the lower income levels.

Yellen: Increased IRS funding will not lead to more audits on middle-class Americans.

Treasury Secretary Janet Yellen on Wednesday asked the Internal Revenue Service to develop an operational plan for deploying the $80 billion in new funding allocated to it under the Democrats' health care and climate change spending package.

In a memo addressed to IRS Commissioner Chuck Rettig, Yellen said the influx of funding over the next decade is a "significant operational challenge" that ultimately allows for a "monumental opportunity" to reshape the tax-collecting agency.

Yellen laid out her top priorities in the memo — a copy of which was obtained by FOX Business — which included clearing a backlog of unprocessed tax returns, modernizing IRS technology, improving taxpayer services and hiring "at least" 50,000 new employees over the next five years.

"The work will require an all-hands-on-deck approach from the dedicated employees of the IRS," she wrote.

Yellen directed the agency to draft an operational plan within six months that includes details about how the money will be spent over the next decade, with specific operational initiatives and associated timelines.

Providing the IRS with an influx of funding has been a top priority for Democrats and emerged as one of the most prominent financiers of the Inflation Reduction Act that President Biden signed into law this week. But it has elicited a fierce pushback from Republicans, who say that a beefed-up IRS could ultimately hurt lower-income Americans.

That's because the IRS disproportionately targets low-income Americans when it conducts tax audits each year. In fact, households with less than $25,000 in earnings are five times as likely to be audited by the agency than everyone else, according to a recent analysis of tax data from fiscal year 2021 by the Transactional Records Access Clearinghouse (TRAC) at Syracuse University.

The reason for that is a rise in what is known as "correspondence audits," meaning the IRS conducts reviews of tax returns via letters or phone calls rather than more complex face-to-face audits. Just a fraction — 100,000 of the 659,000 audits in 2021 — were conducted in person.

According to the Syracuse study, more than half of the correspondence audits initiated by the IRS last year — 54% — involved low-income workers with gross receipts of less than $25,000 who claimed the earned income tax credit, an anti-poverty measure.

The discrepancy is primarily due to high-income taxpayers having complex investments that can easily shroud the gaps between taxes owed and paid vs. taxes reported and paid.

Yellen has pushed back against that fear, reiterating in her memo that she directed the IRS to not increase audits on households earning less than $400,000 annually.

"These investments will not result in households earning $400,000 per year or less or small businesses seeing an increase in the chances that they are audited relative to historical levels," Yellen wrote. "Instead, they will allow the IRS to work to end the two-tiered tax system, where most Americans pay what they owe, but those at the top of the distribution often do not." 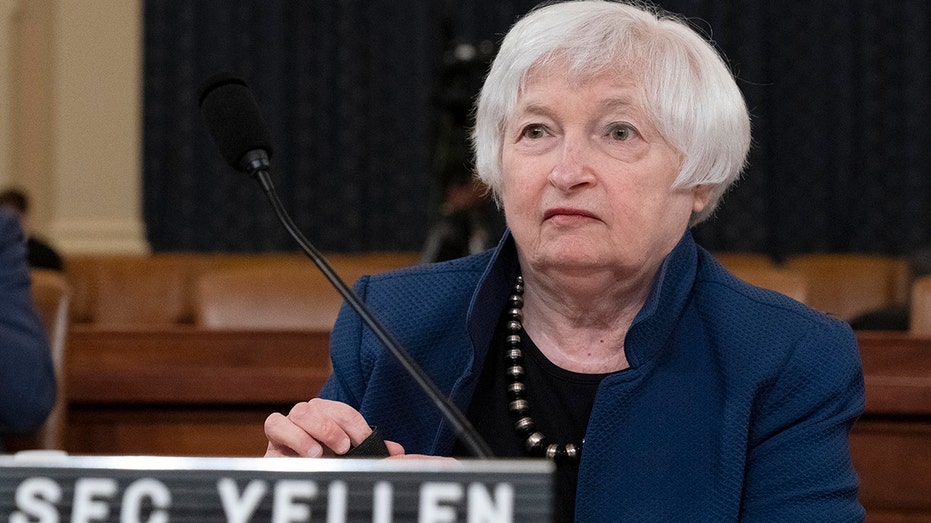 The spending bill is expected to raise an estimated $739 billion over the next decade by increasing IRS funding, establishing a 15% minimum corporate tax targeting companies' book income, allowing Medicare to negotiate prescription drug costs and imposing a 1% excise tax on corporate stock buybacks.

Revenue raised by the policies will go toward initiatives designed to combat climate change and curb pharmaceutical prices, as well as efforts to reduce the nation's $30 trillion debt. It includes about $433 billion in new spending, while roughly $300 billion of the new revenue raised would go toward paying down the nation's deficit.
Originally published on Fox Business.