For millennia, gold has been used as both a common form of payment and a symbol of wealth and power. Even today, the yellow metal has retained its sense of monetary stability, value and privileged symbolic status.

As a monetary asset, gold is still considered a ‘safe-haven’ investment during periods of economic uncertainty.

Regardless of this key attribute, gold’s popularity has waned among mainstream investors. To complicate things a bit, numerous myths surrounding gold have popped up over the decades.

So if you’re wondering what’s true and what’s false in regards to this millennials-old metal, let’s talk about six of the most misleading beliefs surrounding gold. It’s time to get the facts straight.

Looking at gold’s historical returns, you’ll notice that its value isn’t correlated to stocks and bonds. That’s a good thing, as you’ll find that the price of gold tends to rise when fear in the markets prevails.

Gold tends to rise during periods of high inflation and geopolitical uncertainty. Also if you do cost averaging, the annual returns of gold between January 1971 and December 2019 are roughly 10.61%. Not a bad “return” despite offering no yield. In short, think long term. 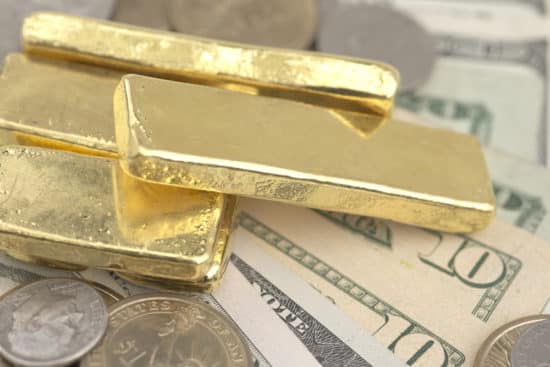 Once upon a time, if you wanted to buy something, you could pay for it with a gold coin. Today, however, with the advent of paper currency, checks, electronic transfers, and a plastic card – those days are long gone. To function as money, an asset should have at least three main characteristics: a medium of exchange, a unit of account, and a store of value.

In contrast to today’s notions of “money,” gold and silver have been largely viewed as assets that can protect monetary value. Prior to 1971, both metals backed the dollar. They still serve a valuable role as a reserve currency, especially among central banks.

So, if central banks continue to hold gold as a reserve among other foreign currencies, especially as a means to diversify against another fiat currency, then gold must play an important monetary role in the global economy.

3 - Gold is Not a Solid Long-Term Investment

Ok, let’s call out the fallacy in this reasoning. Many financial advisors will claim that gold has underperformed many other traditional assets over time. First, it helps to make the comparison after 1971, when the Gold Standard was abolished, and the dollar was unpegged from gold. In this context, gold’s outperformance is evident.

Second, gold has traditionally been considered a form of “money.” If there is any asset to compare it to, it’s the US dollar. While gold has risen over 4,500% since 1971, the US dollar has lost 86.1% in the same time period. So, how can one say that gold doesn’t make a strong allocation in one’s portfolio? gold and silver rates almost entirely depend on the Federal Reserve

What matters here are “real” rates, or interest rates minus the rate of inflation. Negative real interest rates, which occur when rates are below the inflation rate, are favorable for precious metals.

So, with regard to rising interest rates, it’s conceivable that gold and silver prices can rise at the same time as interest rates, as long as real rates are behind the curve.

5 - Gold moves inversely to the dollar

Forget what popular wisdom says about this matter. Dollar movements are irrelevant to gold’s price. This is a situation where correlation and causation are often confused, and it can be downright misleading.

The price of gold is moved by a combination of supply, demand, and investor behavior. So too is the international value of the dollar on a “nominal” basis. But one doesn’t necessarily weigh on the other.

Certainly, there’s no correlation there. A similar thing can be said of the correlation between gold prices and inflation. And we’re going to talk about that next. while the value of the dollar has greatly decreased, gold has increased in value

6 - Gold is a good inflation hedge (no and yes)

We’re told that an inflation-protected portfolio should always include gold for the safe-haven benefits it brings. Well, sure, there’s truth to this piece of market wisdom.

Gold serves as a strong strategic component in many portfolios, not only for its diversification benefits but also its returns. But you might be surprised to learn that gold returns don’t always correlate with inflation.

Seriously? So, what are investors hedging by holding gold? How is gold a safe haven?

First, gold can preserve the value of your capital over a long period of time. In other words, by holding gold, you’re hedging the long-term decline in the dollar’s purchasing power.

Second, investors are hedging negative sentiment toward the capabilities of the Federal Reserve to control inflation. Inflation fears may feed into gold buying, but it’s the loss of confidence in the Fed that makes the yellow metal surge in price. History has proven this on many occasions. 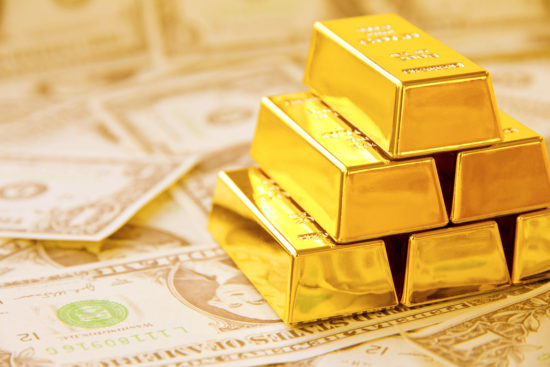 Gold is a long term investment that can diversify your portfolio

As with any investment, it’s important that you consider your investment time horizon. Gold is a long-term investment, and as with other asset classes, its price fluctuates based on several factors in the global economy. Diversification is important, and investing in gold can help diversify your portfolio, especially in economic slowdowns and market declines, when the price of gold tends to appreciate.