What Are Monetary Metals? What are monetary metals?

The term “monetary metal” isn’t a very popular term. We can’t even say that it’s a mainstream term that the public uses when talking about silver and gold. But if you spend enough time with the “sound money” crowd, you might come across it often, and its definition is very specific.

Definition: A monetary metal is a metal that has a monetary function (such as backing currency) or that can be considered synonymous with money.

Silver and gold are the most prominent monetary metals as both have been used as money in various civilizations throughout history. Plus, in some sovereign jurisdictions, gold and silver may even be considered “legal tender.”

The terminology can get pretty confusing, though. Aren’t gold and silver “precious metals”? And if all precious metals are “investible,” can they also be considered monetary metals?

The answer to the questions above (in order) is yes and no. Let’s break this down. 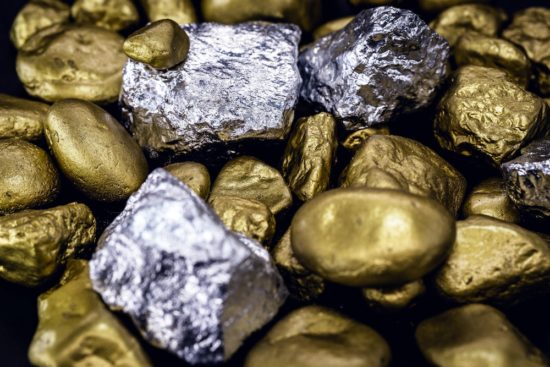 First, what are precious metals?

Remember the periodic table of elements in the high school chemistry class? Well, if you’re wondering why ancient civilizations used gold and silver as money, here’s a quick history lesson.

Among the elements in the periodic table, gases are an obvious no-go, as you’d go broke every time you opened a jar for a transaction.

Some elements, like lithium, are too combustible, adding the risk of getting burned to that of going broke.

Some metals corrode too easily. Nobody wants to be handed rusty coins.

Some metals are highly toxic or radioactive. We can scratch those off the list.

Some metals, like osmium (which probably comes from a meteor), are too rare to circulate as money.

This leaves us with five “precious” metals:

So, why aren’t all precious metals considered monetary metals?

When people refer to silver and gold, they often use the term “precious metals.” Yes, they are precious metals, as are rhodium, palladium, and platinum, But none of the last three have a history of monetary use. And here’s why.

Rhodium and palladium weren’t discovered until the 19th century. It goes without saying, they have no history of monetary use.

Platinum was accessible to ancient civilizations. But it has a melting point of 3,215℉. No ancient furnace was able to get hot enough to turn platinum into coins.

That leaves us with the last two metals: silver and gold. Silver tarnishes but is still usable. There’s also more silver in the earth’s crust than gold. Hence, its wider production and distribution but lesser value.

Gold, on the other hand, seems to have all the perfect characteristics for coinage. And that’s why gold has always held a greater premium to silver; not only for its physical characteristics, but because of its scarcity.

So, if you’ve ever wondered why gold and silver have held a special monetary status in civilizations across millennia, the reasons above should explain it. They’re rare enough to be valuable, but not too rare to make circulation impossible. They won’t evaporate. They won’t corrode too easily. They won’t spontaneously combust. And they won’t poison you to death. That’s why these two precious metals have been ascribed a monetary function