The Next Housing Crisis Is Here. And This Time, It’s About Rental Properties.

EDITOR NOTES:Across the U.S., tenants aren't paying rent (because they don't have it) and landlords are not allowed to evict them in many states.

The landlords are stuck with significantly less rental income...which is normally used to pay their mortgages on the property. Since they cannot pay their mortgages, nor evict the non-paying tenants for paying ones, landlords are going to have no choice but to default on their rental property mortgages. This will result in millions of the 43 million rental properties in the U.S. getting foreclosed.

More than half of the tenants in the 27 low-income apartments she owns in the city of West Haven and its vicinity aren’t paying and there’s nothing she can do about it. The state banned evictions until July and allowed tenants hurt by the pandemic to defer with no penalty. 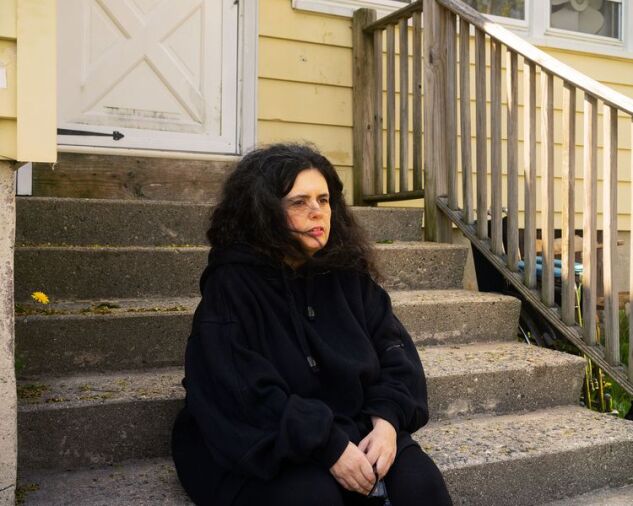 But Shields can’t pay, either. Her profit last year came to only $24,000, and now she’s behind on $1.2 million in mortgages. Like millions of other U.S. landlords, who owe lenders more than $1 trillion combined, her fate is tied to renters now urgently focused on their own self-preservation.

“My tenants think I’m rich,” Shields says. “They have better cars than me, better nails, and better tax refunds.”

The next housing crisis is here, and this time, it’s about rentals. Across the U.S., landlords and tenants are wrangling over next month’s rent while an approaching avalanche of evictions threatens to bury them both.

To avert a damaging wave of foreclosures like the one that swept the country more than a decade ago, Congress included a provision in the $2.2 trillion rescue package it approved in March that allows homeowners with government-backed mortgages to defer payments for up to a year. But Washington stopped short of offering renters comparable relief on the assumption that those in distress would likely qualify for the $1,200 checks the Treasury began mailing out in April, as well as beefed-up unemployment benefits.

In an Urban Institute survey of renters carried out from March 25 to April 10, almost half said they had experienced material hardship in the previous month.

Many U.S. states have imposed moratoriums on evictions. But without a national rental-market bailout, the economic pain is likely to spread as efficiently as the virus that caused it, flowing upward to landlords, their lenders, and cities losing property tax revenue.

About half of the 43 million rental units in the country are owned by small businesses such as Shields’s one-woman enterprise. Unless help comes soon, “both renters and property owners will slide down the socioeconomic scale together,” says Emily Benfer, a visiting law professor at Columbia University. “It will have a ripple effect. Rent doesn’t just go to property owners, it pays for property taxes, mortgages, and salaries for the people who maintain buildings.”

States with large populations of renters, including California, Texas, New York, and Florida, have instituted temporary bans on evictions. But 23 others—among them Wyoming, North Dakota, Arkansas, Ohio, and Georgia—have adopted few, if any, protections for renters, says Benfer, who collaborated with researchers at Princeton University to create a state-by-state housing policy scorecard for the pandemic.

Trade associations that represent landlords are lobbying Congress for $100 billion to cover some of the rent shortfall, with direct payments to property owners, but they have yet to unite behind any of the various proposals floating in Congress.

Lenders could be collateral damage, particularly regional banks that often finance local property investors. At the end of 2019, there was $1.6 trillion of outstanding mortgage debt on multifamily properties in the U.S., according to Paula Munger, vice president of research at the National Apartment Association (NAA), citing a Fed study. Defaults in the last recession reached 5% and could climb to as high as 10% during this much deeper downturn, she says.

Many landlords operate on thin margins, typically 9 cents for every $1, according to the NAA, and have nowhere to turn for help if their rental income dries up. Most don’t qualify for federal mortgage forbearance, because only about a third have mortgages backed by Fannie Mae, Freddie Mac, or another federal agency. The Small Business Administration is bolstering companies that keep workers employed, but many property owners don’t have a payroll. Shields, who tours the property with a lawn mower crammed into the back of her Toyota Prius, handles most everything herself and hires contractors for the rest.

Rich Uncle Pennybags, the Monopoly game character who tips his top hat with one hand and holds tight to a sack of cash in the other, may be the most famous landlord in America. But the stereotype is wrong. Many landlords aren’t any better off than their tenants and certainly aren’t rich enough to credibly pull off a bow tie, says Jan Lee, who manages two buildings in New York’s Chinatown that his family has owned for nearly a century.

“That caricature of the white landlord in the suit who has suitcases of money—in our case, every one of us has a day job,” says Jan Lee, who works as a general contractor and whose family, over the years, has run a laundromat and a home furnishings store from its ground-floor retail space. 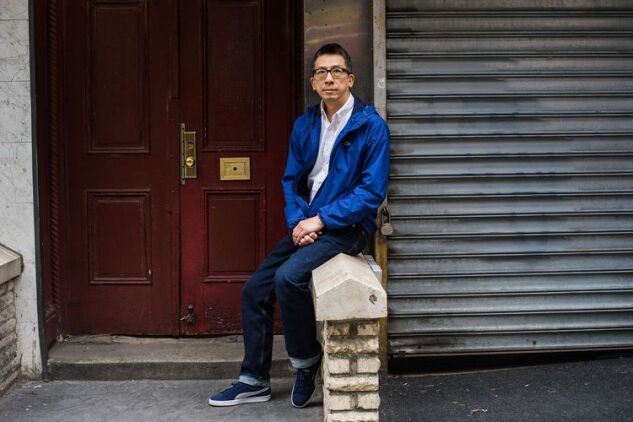 Jan Lee on Mott Street in New York on May 8. Photographer: Amy Li for Bloomberg Businessweek

Lee doesn’t have a mortgage, but he already knows he won’t be able to pay his full property taxes. And that could mean the end of his family’s legacy on Mott Street. There’s no forbearance for property taxes, and the city can impose late fees, penalties, and liens that he’ll never be able to get from under. “I’ll have bad credit, I’ll owe lots of money. My entire family’s work over three generations will be gone.”

In Boulder, Colo., Janet Meyer and her husband are in their 60s, with a daughter heading to college. The townhouse they bought 24 years ago was at the center of their plans to fund retirement. Now they may have to dip into their retirement savings to cover the mortgage.

Their tenants are struggling, and the Meyers want to help. Two of the three men in their 20s who share the $2,500-a-month rent lost restaurant jobs in March. The Meyers agreed to drop the rent by $400, hoping they’ll manage to keep up.

“We rely on the rental income to make everything work,” she says. “I don’t want to imply that if our tenant doesn’t pay rent, we’re going to miss a meal. There’s a very challenging balance around what is our responsibility in the unjust class system we’re in.”

The pandemic has magnified the inequality of the housing market, which is sparking a new era of tenant activism. In cities from New York and Los Angeles to Kansas City, Mo., where rents have been rising year after year, activists are organizing rent strikes.

Shane Riggins, 31, who has been unemployed since March, joined the Philadelphia movement. He lost his temp job in the mailroom of a law firm. Enhanced unemployment benefits kicked in, and he was able to pay April and May rent. But now he’s talking to the other tenants about what to do next.

While he’s sympathetic to his landlord, who has only one rental property and a mortgage to pay, he worries about saving enough money to survive the new economic crisis.

“It’s not like we want to stick it to this landlord, who is only trying to make ends meet and pay bills, but we all lost our jobs,” Riggins says. “Every time I pay rent, it’s taken immediately and given to a bank. Is that really, in this crisis, the best use of money?”

Renters were cash-strapped before Covid-19. It won’t take much to push many of them over the edge, says Barry Zigas, senior fellow at the Consumer Federation of America. Tenants who pay what they can are indirectly helping themselves. They’ll help keep their homes out of the foreclosure pipeline and give the landlord money to keep up with repairs, he says.

Small investors own much of the naturally occurring affordable housing in the U.S. If they’re forced to sell or abandon properties, more of the market might wind up in the hands of Wall Street firms, some of which have built up large portfolios of rental properties over the last decade or so. New owners with deeper pockets might opt to reposition low-income units to target wealthier occupants.

“Landlords are not a popular class of business people, for valid reasons and not,” Zigas says. “But that obscures what’s now the very symbiotic relationship of renters and owners.”

Shields’s mortgage lenders have allowed her to postpone payments, which she fears may only be delaying the inevitable foreclosure on her loans.

For her—or her lenders—it may also mean evicting tenants who didn’t pay as soon as the moratorium is lifted. Renters are less likely to have enough savings to make up for months of lost income, and they also lack the incentive of homeowners to try to keep up.

“They won’t catch up,” Shields says of her tenants. “We’re never going to recover from this.”