EDITOR NOTE: America has always prided itself on its competitiveness and propensity for innovation. As Americans, we accept this as an attribute; almost taking it for granted. Yet, we should ask whether this notion passed over into the realm of “myth”? Just how competitive is the US on a global scale? According to the IMD World Competitiveness Center, the US fell -7 points, landing it in 10th place. This article explains IMD’s ranking, why the US has declined in the competitiveness scale, and it highlights the countries that are racing ahead to first place. Is this the beginning of the decline of the “American Empire”?

The decline of the American empire has been outlined to readers over the years.

A new report shows the US has stumbled into the new decade, losing a competitive economic edge that it had firmly retained in the post–World War II economic expansion.

For the second consecutive year, the US has been dethroned as the world's most competitive economy, thanks partially to President Trump's trade war. The US now ranks 10th (3rd in 2019), according to the Institute for Management Development's (IMD) new report on the ranking of most competitive world economies.

The annual rankings, now in their 32nd year, show Singapore, Denmark, Switzerland, the Netherlands, and Hong Kong as the top five most competitive economies.

While observing data on economies' competitiveness - IMD noticed the strength of smaller ones.

"The benefit of small economies in the current crisis comes from their ability to fight a pandemic and from their economic competitiveness. In part, these may be fed by the fact it is easy to find social consensus," said Arturo Bris, director of the IMD World Competitiveness Center.

Singapore held the top spot for the second consecutive year, due mostly because of its strong trade and investment, and high emphasis on expanding education and technology infrastructure.

The report noted Denmark, ranked 2nd, was recognized for its robust economy, labor market, and health and education systems. It was said the Scandinavian country topped Europe in business efficiency.

Switzerland ranked third for its robust international trade that fuels its strong economic performance. The Central European country has increased investments in scientific infrastructure and health and education systems.

The UK ranked 19th on the list, which IMD said was mostly due to BREXIT turmoil.  Canada ranked higher than the US, coming in 8th for its economic competitiveness.

Asia-Pacific, Latin America, and the Middle East were ranked mostly lower on the list.

As for the US - what made it so competitive over the years was booming trade with China - now gross Sino-US trade flows have plunged since the start of the trade war - America's competitive economic edge is in collapse mode, lining up with IMD's findings. 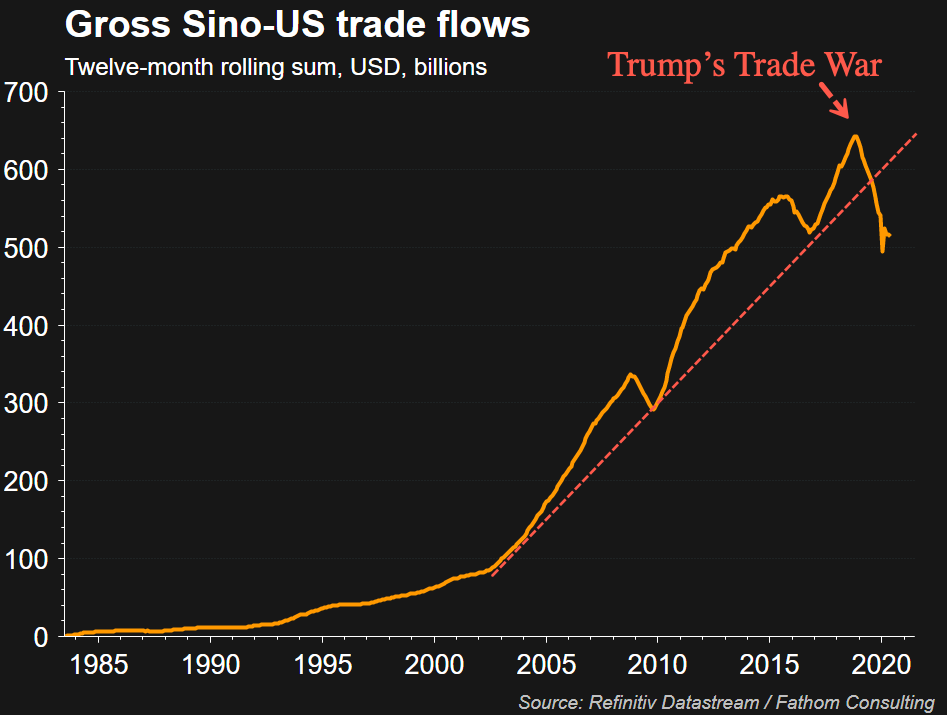 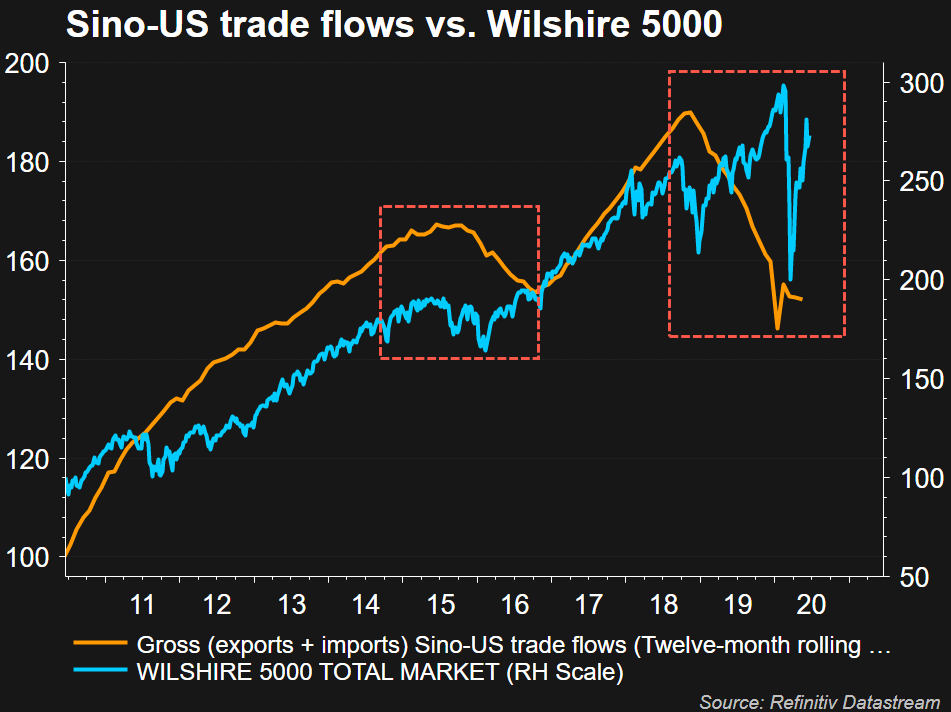 America's competitive economic edge will continue to slump as trade wars, pandemic, and social unrest have paralyzed the empire.